Saints-Colts is a dream matchup for any football lover

The teams change, but the hype stays the same.

The next two weeks of Super Bowl buildup will include every angle imaginable on the Colts and Saints, then every angle repeated twice for safety.

But before the hype washes over us, let’s acknowledge this is a dream matchup for any football lover. Here are eight storylines we are looking forward to not getting tired of. 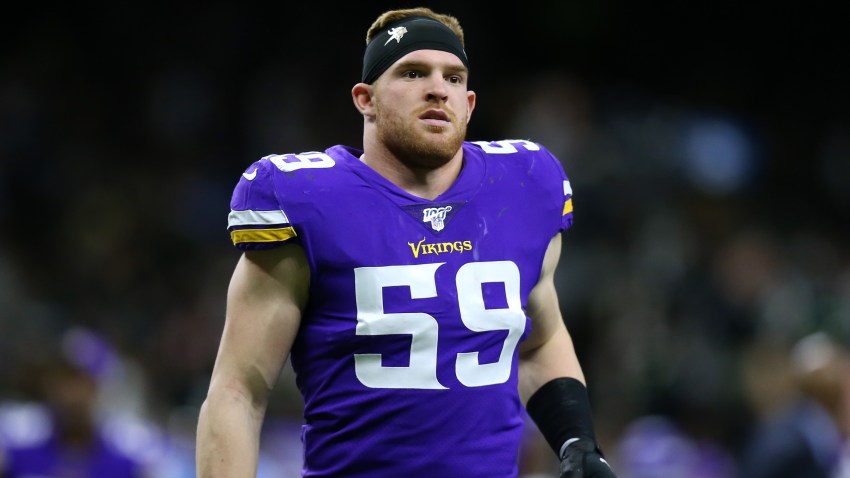 In a quarterback’s league, these two are the very best. Peyton Manning and Drew Brees finished as the top two vote getters in the MVP race, and now get to settle things with a championship at stake. Manning and Brees raise the level of the players around them, and they will raise this game. We respect both defenses, but no lead will be safe in Miami.

2. Brees gets his closeup

Brees, now 31, is clearly one of the premier quarterbacks of his era. But with only one playoff win before this season, he’s never really earned the headlines. That’s about to change.

Brees is an easy guy to root for. Maybe it’s because he looks like the guys paid to write about him. Maybe it’s because he’s the genuine article; a leader who “gets it.” Brees is the rare quarterback that can match Peyton Manning from the neck up, and he’s got more weapons around him. He’s embraced New Orleans from Day One and the city has embraced him back.

It’s one of America’s greatest cities, just starting to bounce back from one of the country's greatest tragedies. The storyline of the Saints lifting the spirit of New Orleans is easy to write in many ways. Many reporters will abuse that ease. And cynics will pick on the media’s manipulation without realizing how true all the clichés are.

The Saints victory really does mean that much to the city; just ask anyone that lives there. Just look at the cathartic celebration after the win over the Vikings.

Forget Hurricane Katrina for a moment; A New Orleans Saints Super Bowl after 43 bumbling seasons in a forgiving and football-mad region would have caused bedlam regardless. More than the fans, Katrina made the players feel different. It’s a small town, and the players are part of the fabric of the place, like in Green Bay. Saints players feel part of something bigger, a genuine connection. That’s pretty rare.

4. A battle of Pierres

The two greatest Pierres in NFL history in one game! For the Colts, wide receiver Pierre Garcon has emerged from a small school curiosity into a consistent big play threat. Garcon’s 151-yard performance in the AFC Championship allowed him to proudly wave the Haitian flag on the winners’ podium in honor of his parents’ birthplace.

Saints running back Pierre Thomas was just as crucial to the Saints’ victory with 99 yards from scrimmage and two touchdowns. Reggie Bush will make more money this season in playoff bonuses than Thomas will make in salary, but Thomas is twice the player and has been for years.

We’ve heard the jokes: Peyton Manning is really the coach of the Colts. We find them insulting. Most analysts expected this to be a down year for Indianapolis. If there was any slippage, Caldwell would have been blamed.

Instead, the Colts have improved without Tony Dungy. They are different than before, and they are tougher. That has a lot to do with Caldwell’s leadership and the changes he made to the team’s defensive staff. Caldwell could be the third African-American coach in four seasons to win the Super Bowl, and that won’t even be a story. Pretty cool.

This isn’t the soft group of years past. They stuffed the Ravens and Jets on the ground after a strong regular season. They attack more and have become far less predictable under coordinator Larry Coyer. These Colts are defined by their ability to finish out close games, and it’s often been the defense that makes the big play, not Peyton Manning.

Bill Polian is arguably the greatest general manager of his era and one of the most accomplished in league history. The way he’s constructed the Colts with replaceable parts that orbit around the team’s superstars is fascinating. No one finds cheap talent that perfectly fits the team’s system better than Polian. His cantankerous attitude with the press always makes covering him interesting. The Saints have also done an excellent job under G.M. Mickey Loomis of finding the right players for their offense, and improving their talent base on defense.

The Championship game performances will skew memories about how these teams played in the regular season. It was the Saints that were the top-ranked team in points and yards. Instead of big skill position stars, the Saints have Drew Brees, wide receiver Marques Colston, and roughly seven other players that can step up on a given night. Throw in the most underrated guards in football — Jahri Evans and Carl Nicks — and there is a lot to talk about.

On the other hand, here are some stories we will get tired of …

Oh, the divided loyalties! The longtime Saint and New Orleans resident will watch his hometown team go against his son. Archie is the early Vegas leader for most radio row interviews of the week. Here’s a preview: He’s rooting for his son. He’s happy for the city.

Peyton Manning is from New Orleans, won a Super Bowl in Miami.

Now he’s playing against New Orleans, and he’s back in the city where he finally won a title. What are the odds? Alright, next subject please.

What if the Colts were undefeated?

Get ready to cringe at this line of questioning that will come on Media Day. Can we let the Colts players enjoy making the Super Bowl? The decision by Colts management to rest their starters in Weeks 16 and 17 was frustrating, but we can’t have it both ways. They would have been crucified if they didn’t make it this far. We can’t kill them now that they’ve made it.

We can’t know what would have happened if the Colts had tried to go undefeated. At this point, who cares? The Colts have their hands full just to win another game. There is a great game coming up that’s a lot more interesting than those hypotheticals.

Bush’s story from college superstar to mediocre NFL player is interesting; we just worry that it will be overplayed. Or that we’ll hear of some magical rebirth.

During postgame interviews on Fox, Bush was one of two players to sit down with the broadcast crew. He had nine rushing yards on the day. The reality is that Bush is about the eighth most important player on the Saints offense. But he gets the attention of a superstar because of his pedigree. (And his girlfriend doesn’t hurt either.)

New Orleans and the uplifting story of the Saints is also in our storylines you won’t get tired of. But in the wrong hands, this could get maudlin and overdone quickly. This is a cool story worth telling if done right. But we know that isn’t always going to happen.

Is Peyton the greatest quarterback of all time if he wins?

We are witnessing greatness, no doubt. But it seems a little presumptuous to put so much historical meaning into one game. The accomplishments of all the great quarterbacks that came before Manning won’t vanish on Feb. 7th. Joe Montana is not leaving the room and Manning is hardly approaching retirement anyhow. Sometimes, it’s not all about the quarterback. Manning could play great and lose or vice versa.

A win would certainly help Manning’s case as the best quarterback of his generation over Tom Brady, if you are inclined to pursue that angle.