ATLANTA - Rhys Hoskins flung his bat to the ground in a rare show of frustration and disgust after striking out in the eighth inning. An hour later, he had a smile on his face and beams of colored light bouncing off his face.

Ah, the redemptive ways of baseball. 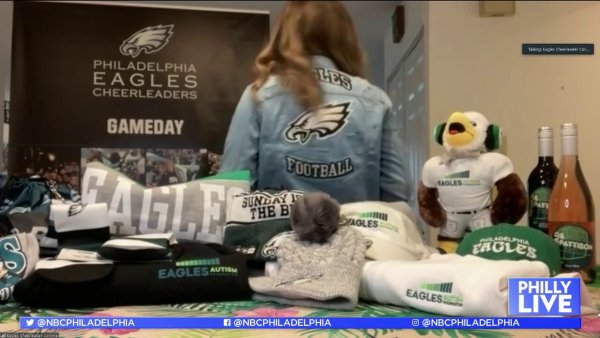 Hoskins struck out three times and grounded into one of four Phillies' double plays in his first four at-bats Tuesday night. But when the 10th inning rolled around, Hoskins got another chance to do some damage and he did plenty. He stroked a tie-breaking, two-run double to right field with two outs to start a four-run rally and help lift the Phillies to a 5-1 win over the Atlanta Braves at SunTrust Park (see first take).

"I think I learned from an early age that you have to want that fifth at-bat," Hoskins said amid the bouncing lights and blaring music that fill the Phillies' clubhouse (home and away) after wins. "Somehow the baseball gods always seem to put that guy into a situation to try to win the game. It happened today. That's what we dream of as hitters, to be in that situation in extra innings."

Hoskins hit a 2-2 pitch, a 95-mph fastball from right-hander Jose Ramirez, to score Scott Kingery and Cesar Hernandez, who both shined in setting the table.

"Rhys' first couple of at-bats weren't his best of the season," manager Gabe Kapler said. "So to see him dig in and get a knock against a guy with some velocity was pretty awesome. The entire dugout erupted on his behalf. Pretty awesome.

"He's a strong-minded individual. There are so many guys who fold in that situation. The night starts off bad, they're 0 for 3, they've punched out several times and, boom, they're licked mentally. He just has a different level of grind. He's just very strong mentally."

Nick Pivetta pitched five innings of one-run ball and the bullpen delivered five scoreless. Odubel Herrera drove in a run and made a nice catch at the wall.

Kingery, who came off the bench in the seventh, drew a walk to open the 10th. With Hernandez at the plate, Kapler gave Kingery the green light and the rookie swiped second on the second pitch that Ramirez threw to Hernandez. It was a gutsy call and a gutsy play by Kingery but the Phillies had good intel on Ramirez's move and time to the plate. Kingery slid hard and held the base with a fingertip.

"You've got to get a runner in scoring position somehow," he said. "We had good information, so I felt confident."

Kingery moved to third on a nice base-hit bunt by Hernandez, who then stole second. After struggling Carlos Santana (he's hitting .136) struck out and Herrera popped out, Hoskins came up with two outs.

"He had a little bit of a rough day and you knew he wanted to come up big," Kingery said. "I had a feeling he was going to get the job done there. That was just a good at-bat by a good player. It was just another example of this team getting big hits in big situations and kind of fighting until the end."