Reports: Sixers Agree to Trade With Celtics for No. 1 Pick to Draft Markelle Fultz

The Sixers have agreed to a trade with the Boston Celtics for the No. 1 pick to draft Washington guard Markelle Fultz pending a Monday trade call, according to TNT's David Aldridge and The Vertical's Adrian Wojnarowski.

For the second straight year, it appears the Sixers will have the No. 1 overall pick.

The Sixers have agreed to a trade with the Boston Celtics for the No. 1 pick to draft Washington guard Markelle Fultz pending a Monday trade call, according to TNT's David Aldridge and The Vertical's Adrian Wojnarowski.

The Sixers needed to meet with Fultz first before agreeing to the trade, per Wojnarowski.

Boston will acquire the No. 3 overall pick in this year's draft and one protected future first-round pick from the Sixers, according to The Boston Globe's Adam Himmelsbach.

The Sixers will send the Lakers' 2018 first-round pick "if it falls between 2 and 5," but if the pick does not convey, the Celtics will receive the Kings' 2019 first-rounder, according to Derek Bodner.

Fultz worked out for the Sixers on Saturday night at the team's practice facility in Camden, New Jersey. He arrived around 7:10 p.m. and completed his on-court workout around 8:26 p.m. He then met with head coach Brett Brown before speaking with the media. 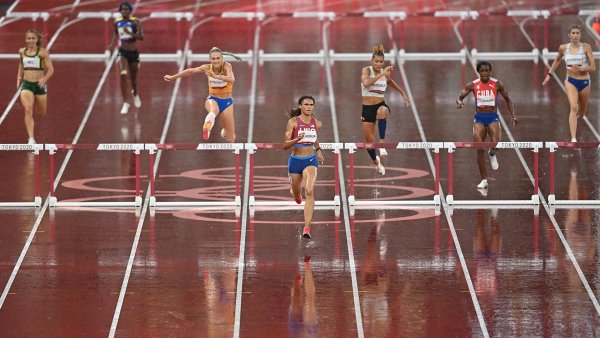 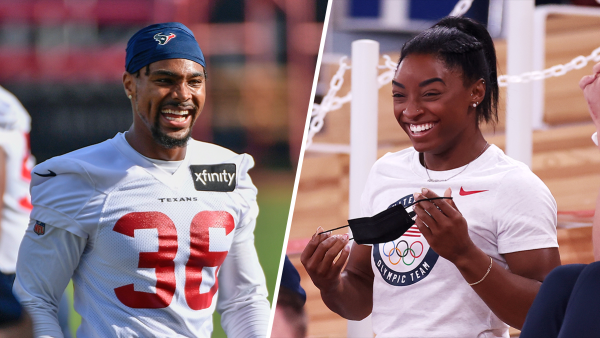 Who is Simone Biles' Boyfriend? Here's What We Know

The Sixers drafted Ben Simmons with the No. 1 pick in last year's draft. Simmons missed last season because of a Jones' fracture in his right foot.

Fultz would add another dynamic ballhandler to the Sixers' backcourt, which already includes Simmons, who the team plans to use as the point guard. Fultz's versatility would allow him to work well alongside the 6-10 Simmons.

In April, before the draft lottery, Fultz told CSNPhilly's John Clark that he believed he was going to be the top pick and envisioned the Sixers as a possible landing spot.

Then the Sixers landed the No. 3 pick in the lottery May 16.

Now barring any hiccups before Monday, the Sixers will have the No. 1 pick in Thursday's draft, clearing the way for Fultz to become a Sixer.