Has the NHL finally figured out what fans really want online?

At full speed, it was chaotic: Sidney Crosby of the Pittsburgh Penguins skating in on Philadelphia Flyers goalie Marty Biron and then the referee frantically pointing at the net for a Penguins' goal. The replay showed Crosby kicking the puck to his stick and then putting it home, right before the net came off its moorings -- close enough for a War Room video review.

Soon after the first-period goal was counted on Wednesday night, any lingering doubts about its legality were erased by the "Situation Room": NHL.com's new live blog during games that clarifies video reviews and controversial calls. Almost instantaneously, the blog explained to fans, media and any other interested party that Crosby had played the puck with stick and the net was in place when it crossed the line.

"Who else has access like this?" said Andre Mika, Senior VP/Executive in Charge of Programming for the NHL.

The NHL disseminated information about controversial calls last season on its Web site, but the "Situation Room" takes it to the next level of interaction. Mika said the other facet of the Situation Room will feature video interviews with NHL officials like Mike Murphy, senior vice president of hockey operations, that break down, with video replays, why a call was made. 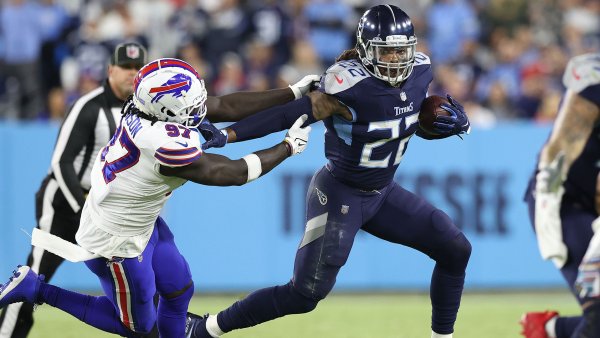 "Not only are you getting first hand what's happening and when, but we're going back and telling you how a call was made; whether it was good or bad," said Mika.

The "Situation Room" is part of "The Portal," the NHL's revamped Web site for the Stanley Cup playoffs that includes exclusive content and a nightly online pregame show that culls information from every individual game site.

But The Portal also represents a bold shift in the NHL's editorial vision, as the League has partnered with SB Nation to incorporate independent bloggers' work into its own content -- no matter how controversial the subjects get.

One of Mika's missions for NHL.com's makeover was to "expand the editorial" beyond its usual content; the addition of material from SB Nation, the blog network that counts Washington Capitals owner Ted Leonsis as an investor, is a key part of that expansion for the postseason.

"It's our effort to have a wider scope of how we talk about the game," he said. "NHL.com, for the longest time, was just aggregating people talking about hockey. It was mainly NHL.com personnel and AP writers. But we really didn't have the voice of the fan or the blogging community."

On Wednesday night, headlines labeled "SB Nation" were mixed in with breaking news, celebrity guest bloggers and feature stories. Pensburgh's blog about Evgeni Malkin winning the Art Ross was featured; as was St. Louis Game Time's post about the Blues' front office success. Click on the links, and the reader heads to the SB Nation blogs.

It's a rather revolutionary move for a professional sports Web site, as Tech Crunch wrote in its story about the NHL/SB Nation partnership:

If they don't do it already, the official sites of the various sports leagues like the NFL, NBA, and MLB should definitely consider adding sports blogs to the mix of information they make available on their sites. I am not sure how many true sports fans trust the sanitized news you typically find on those sites, but they are a good starting point. Adding some blog coverage might make fans feel the leagues are at least open to more points of view. It shouldn't be limited to one blog network either, but I can see the appeal of handing those links over to SB Nation and letting them deal with quality control.

"Control" is an operative word in this agreement between SB Nation and the NHL. Only select stories are being linked on NHL.com, and anything that might resemble a cheap shot at League personnel or officials likely won't make the cut.

"My main goal is it to become a platform for people to talk about everything hockey," Mika said. "Just because it might be something we don't agree with doesn't mean it can't be discussed. There's parts of this game that are controversial, and that you can talk about. And then there's taking pot shots at the League, which we're not cool with. We're not giving bloggers access to NHL.com to take down Brian Burke."

That said, SB Nation's blogs don't typically traffic in the lewd and crude.

"Their network of bloggers aren't rogues. They know how to write," said Mika.

The Portal, the Situation Room, the SB Nation partnership, the "Tweet Ups" around North America ... all of it points to a new era of candid information sharing, less constrained commentary and fan outreach for the NHL.

Fans may never see NHL.com content as anything but "the company line," but here's hoping these new media effort from the League get bolder as they grows older.