Phillies to Promote Ranger Suarez, the Prospect Once Coveted by Orioles in Manny Machado Trade Talks

The name Ranger Suarez has been surrounded by some significant buzz recently. Not only has the 22-year-old left-hander pitched very well for the Phillies' Triple A Lehigh Valley club, he was also high on the Baltimore Orioles' wish list in trade discussions involving Manny Machado.

The Phillies' bid to land Machado failed - for now, at least, because it will ramp up again in the offseason when the slugging infielder becomes a free agent - and Suarez remains in the Phillies organization. 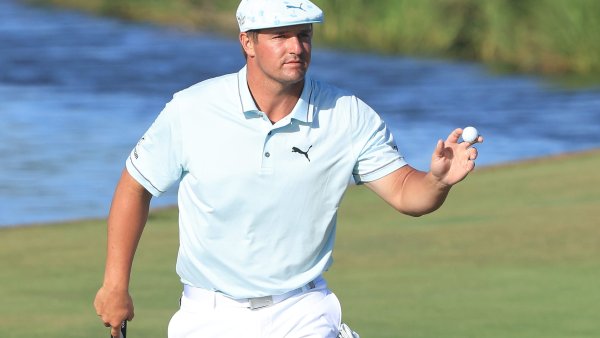 Suarez will make his major-league debut when he starts for the Phillies against the Cincinnati Reds on the road Thursday night. After playing a doubleheader on Sunday, the Phillies needed a starter and Suarez has earned a look. He is 5-3 with a 2.38 ERA in 15 starts at Double A and Triple A this season. His last three starts have come at Lehigh Valley. He has allowed just one run in 15 2/3 innings while striking out 12 and walking four in those starts. In 90 2/3 innings at Double A and Triple A this season, he has allowed just two home runs.

Manager Gabe Kapler said he was "very excited" about seeing what Suarez can do. The Phillies have not used a left-handed starting pitcher since Adam Morgan faced Atlanta on Sept. 28, 2016.

"He's shown the ability to get swings and misses in and out of the strike zone," Kapler said of Suarez. "He's got a good sinker, incredible demeanor - we saw it in spring training. There's some courage there. He has a lot of swag on the mound. There's some bravado. I don't think situations get too big for him. We have a lot of confidence in him and we believe that he has a lot of confidence in himself."

The Phillies signed Suarez for $25,000 out of his native Venezuela in 2012. He has two brothers, Rayner and Rosmer, and a sister, Rangerlin.

"We have a family tradition that every name starts with the letter R," he said during a visit to Philadelphia in January.

During that visit, Suarez was asked what his goal was for the 2018 season.

And now it's happening.

Roster moves
In need of a fresh arm in the bullpen, the Phillies recalled right-hander Drew Anderson and sent Yacksel Rios to Triple A before Tuesday night's game against the Dodgers.

Outfielder Roman Quinn continues to progress quickly after his return from May surgery to repair a ligament injury in his right middle finger. He has been moved from Reading to Lehigh Valley and could be in play for a spot on the big-league bench soon.

Eickhoff has not pitched all season, most recently because of tingling in his right fingers. The condition has plagued him for nearly a year. The pitcher recently had a second anti-inflammatory injection in his wrist and reports improvement. He remains optimistic that he will pitch this season.