The Phillies are in an interesting situation with Jeremy Hellickson. Is it possible they don't trade him after all?

There were several reasons the Phils acquired Hellickson from the Diamondbacks this past offseason. They sought his veteran presence to balance a young rotation. They thought it would be beneficial for Aaron Nola, Jerad Eickhoff, Vince Velasquez and their other young pitchers to have someone to look to in terms of preparation and approach to a 162-game season.

Perhaps most importantly, in acquiring Hellickson, GM Matt Klentak was acquiring a trade chip. It was the kind of move you often see from Athletics GM Billy Beane — buy low on a veteran player, hope he produces and then try to sell high at the deadline.

The Phillies indeed bought low on Hellickson, acquiring him from Arizona after a down year (4.62 ERA, 5.4 innings per start). All it took was Sam McWilliams, a 2014 eighth-round pick who hadn't pitched above Rookie ball.

And now, they would be selling high if they moved him ahead of Aug. 1. Hellickson pitched another solid game Wednesday, allowing two runs (one earned) over six innings. He's 6-6 with a 3.92 ERA and 1.20 WHIP through 18 starts. He's averaging nearly six innings per start, and every peripheral number has improved — Hellickson's K/9 is up by 0.4, his BB/9 is down by 0.4, and he's allowing one fewer hit per nine innings.

But earlier this week, Klentak said he doesn't know if the Phillies will be "super active" at the trade deadline.

"Nothing is hot right now," the GM said. "I don't know if we’ll be super active. We'll see. We certainly have players that other teams like, but I also like the fact that they're helping contribute to this team. We're in a good stretch right now and we don't really want to pull the rug out. We'll just have to wait and see. We have almost 30 days. It's a long time." 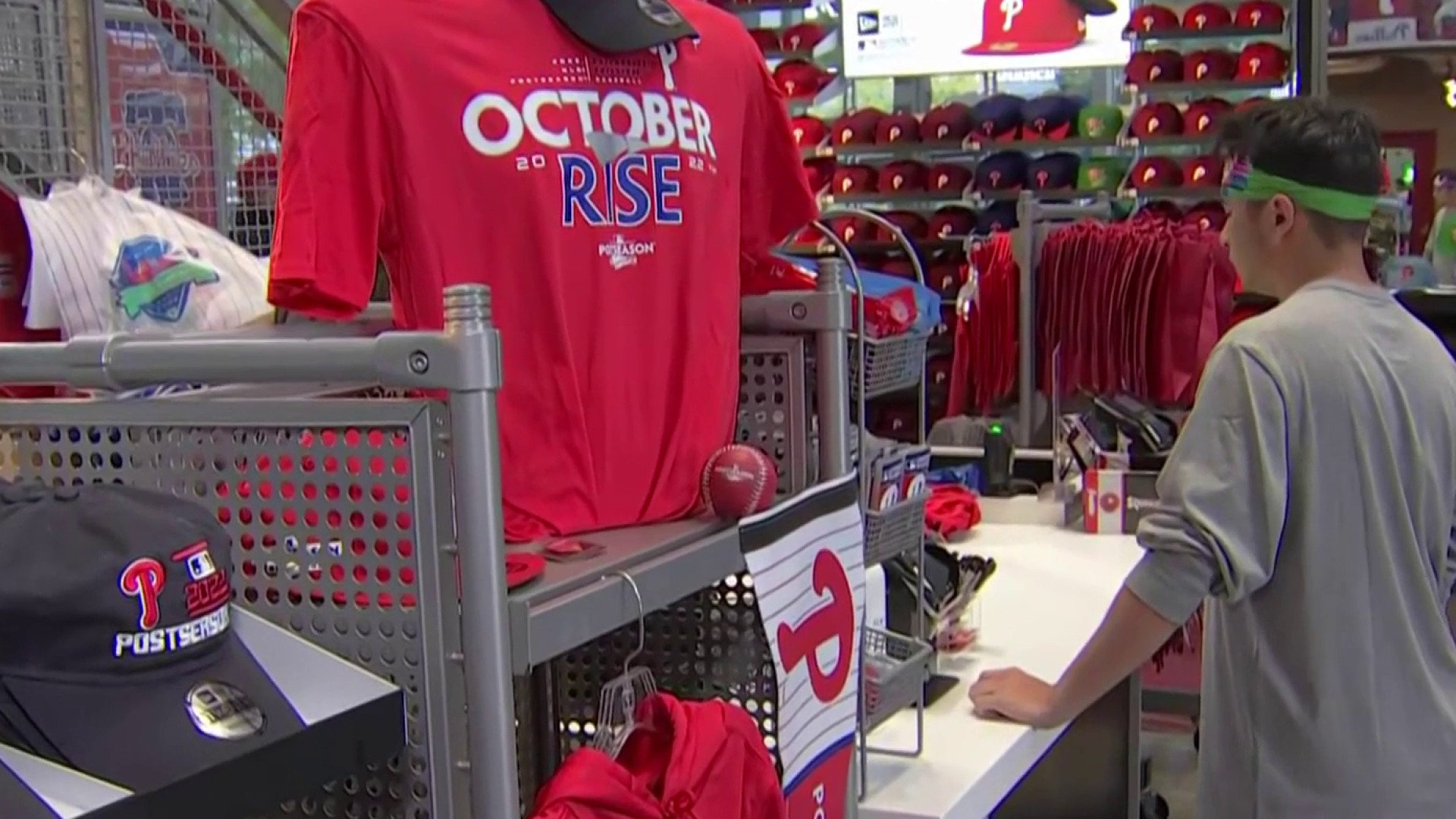 The Lineup 11 hours ago

Hellickson could make four more starts before the trade deadline. Each one is crucial to his trade value. If he doesn't fizzle out over this next month, he actually figures to be one of the more attractive starting pitchers on the trade market, despite his impending free agency.

There just aren't many worthwhile SPs available. The top two, A's lefty Rich Hill and Braves right-hander Julio Teheran, are both better pitchers but both have dealt with recent injuries. Padres right-hander Tyson Ross, a hot commodity at this time last year, has been out all season with shoulder inflammation.

Other pitchers who could change teams over the next four weeks are Rays right-hander Jake Odorizzi, Padres lefty Drew Pomeranz and Twins veteran Ervin Santana, who threw a shutout Wednesday.

Odorizzi would cost a ton in trade because he's pretty good, young and under team control through the end of 2019.

Pomeranz, with a 2.65 ERA and 10.3 strikeouts per nine, is having a career year. But unless San Diego is wowed, why not just keep him? He's still young and cheap, too.

Santana is the closest guy on the market to Hellickson, a veteran pitcher who's had his ups and downs but is a solid bet to eat innings and post an ERA right around 4.00. The major differences between the two, however, are that Santana is four years older and is owed $27 million the next two seasons.

Hellickson would be a two-month rental, which both adds and subtracts value. It adds because any team could deal for him — there's no big financial restriction. It subtracts because the acquiring team likely wouldn't give away a valuable piece for a two-month pitcher.

And that's where the idea of not trading Hellickson comes into play. Consider this: If the Phillies hold on to Hellickson, they could extend him a qualifying offer this winter and if he turns it down before signing elsewhere, they'd be compensated with a draft pick in between the first and second rounds next summer. Klentak and team president Andy MacPhail will have to gauge over these next few weeks whether or not the return in a Hellickson trade would outweigh that draft pick compensation. If the Phils aren't moved to move him, they could just stand pat.

However, the risk there would be that Hellickson accepts the qualifying offer this winter and the Phils are forced to pay him a one-year salary in the $16 million range. Last year, the qualifying offer, which is the average of the top 125 salaries in baseball, carried a $15.8 million price tag. The year before it was $15.3 million.

But given the lack of starting pitching options in free agency this winter, Hellickson might still decline the QO. He looks to be in line for about $12 million to $14 million per year on a three- or perhaps four-year deal. He might value the long-term financial security over trying to squeeze every last dollar out of his career. It works both ways, because if Hellickson were to accept the qualifying offer and have a down year, he'd then be in line for less money in his next contract.

And it might be a good gamble for the Phillies either way because even if Hellickson were to accept the qualifying offer, the Phils would be adding his salary to an almost bare 2017 payroll. A rich organization could easily withstand that cost, especially since it would be for just one year.

What it comes down to, really, is whether a contending club on the brink is willing to part with a meaningful young player in a deal for a two-month, mid-rotation starter. The Giants did that just last summer, trading Adam Duvall to the Reds for two months of Mike Leake. San Francisco couldn't have predicted it then, but Duvall, with 22 home runs and 59 RBIs, has turned into an All-Star.

When Cincinnati acquired Duvall for Leake, Duvall was hitting .281 with 26 homers and 80 RBIs at Triple A as a 26-year-old. He was a player knocking on the door of the majors, but there was uncertainty whether he would be an actual big-league piece or a 4-A player. It wouldn't take that type of player specifically for the Phillies to move Hellickson, but it would have to be more than just some Single A lottery ticket.

"I would hate to lose him," manager Pete Mackanin said Wednesday. "I don't know what's going on, that's not my area, but if they did (trade him) I'm sure we'd get something we really like in return. But you'd hate to lose a guy like that who sets the tone for the rest of the staff."