Phillies Strike Out Nonstop But J.T. Realmuto Picks Them Up in Narrow Win

The Phillies struck out nonstop but mustered just enough offense thanks to J.T. Realmuto to win the first of a six-game homestand, 4-2, over the Cubs.

Realmuto scored the Phillies' first run and drove in their next two with a two-out solo home run in the fifth inning and a two-out RBI double in the seventh. The final run of insurance came on Roman Quinn's two-out RBI triple in the eighth.

The home run was Realmuto's 16th. He has not reached the higher offensive gear some expected he would in his first season as a Phillie, but Realmuto is still on track to surpass his career high of 21 home runs.

Jason Vargas kept the game close but did not factor into the decision. 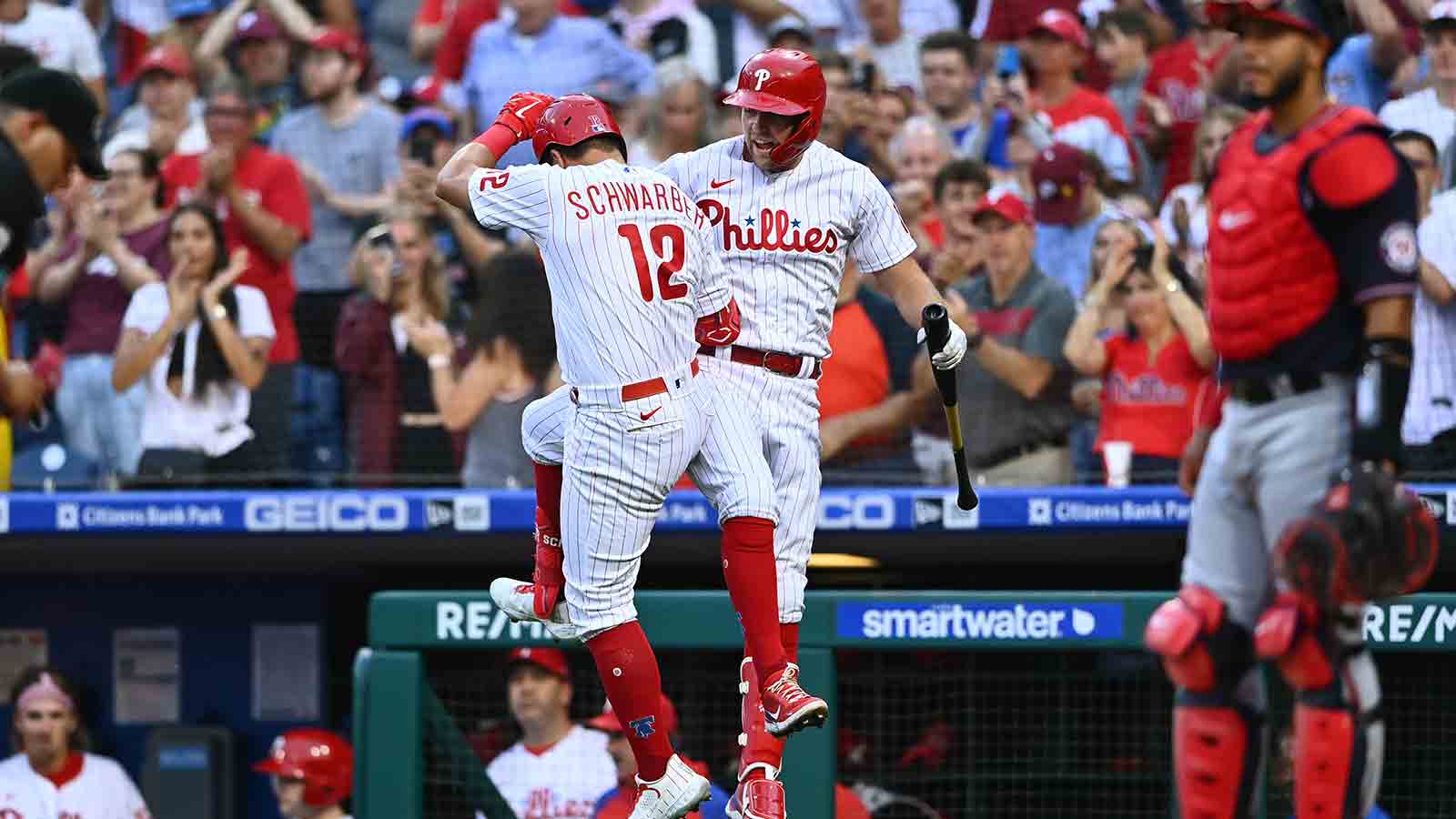 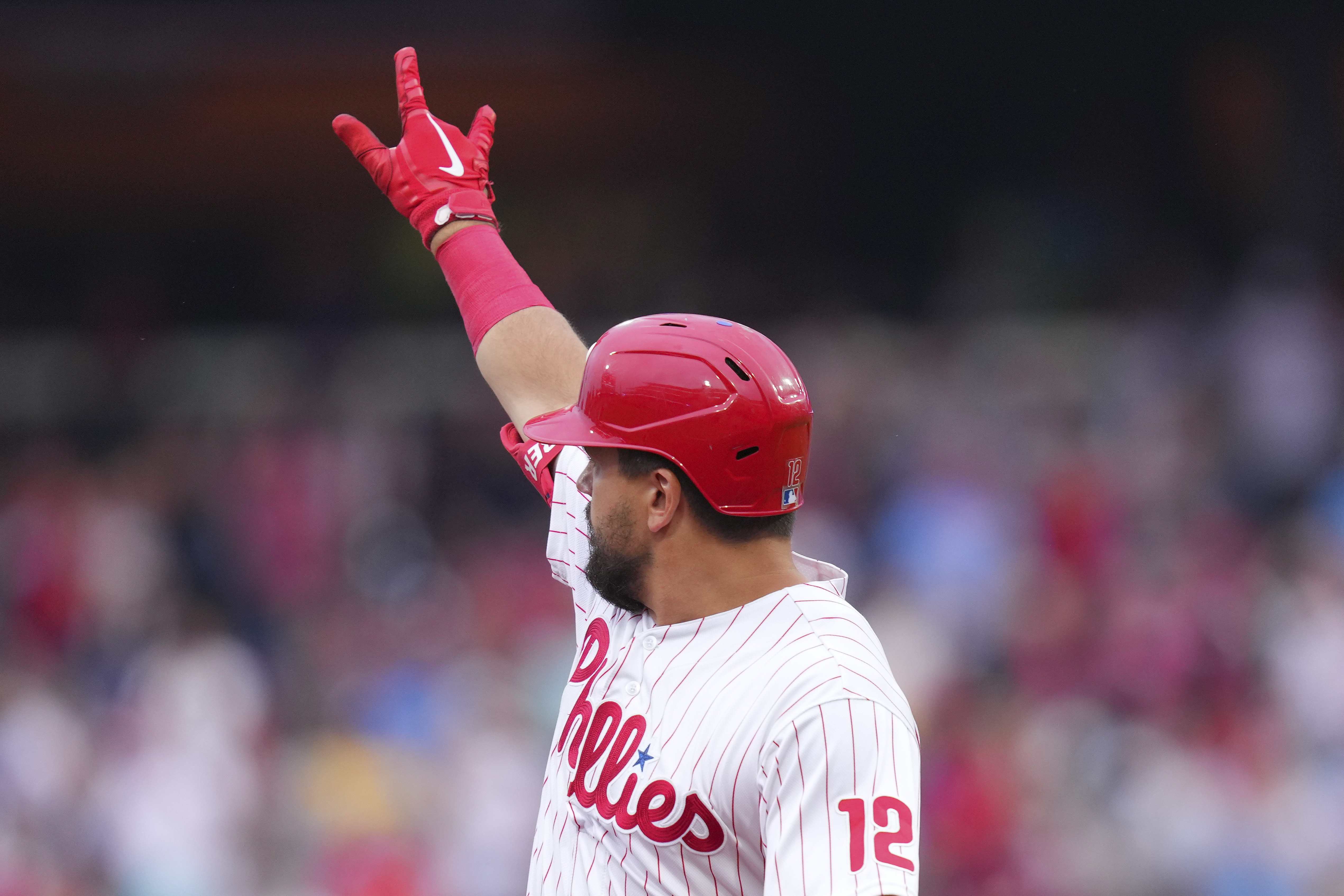 Blake Parker, Mike Morin and Hector Neris combined for three scoreless innings to protect the win, which prevented the Phillies from falling to just a game over .500 for the first time since they were 39-38. Instead, the Phils are 61-58.

It was not an inspiring offensive performance - the 15 strikeouts were the Phillies' most in a nine-inning game this season and they didn't even bat in the ninth - but they are so desperate for wins that right now, the end result matters so much more than how it was achieved.

Jose Quintana entered Tuesday's game with a strikeout rate similar to Jake Arrieta's. Quintana is a contact pitcher who relies on hitting the corners and generating groundballs.

Yet somehow, the Phillies made him look like Justin Verlander. In just six innings, Quintana set a career high with 14 strikeouts, five of which were looking. Bryce Harper and Rhys Hoskins were a combined 0 for 6 against Quintana with five strikeouts, four looking.

It's not a good look when a pitcher who has averaged 6.75 strikeouts per nine innings since May 1 punches you out 14 times in six innings. Some of the strikeouts were the result of deep counts that ended with a good pitch. Some were just really bad at-bats.

The only earned run allowed by Quintana came on a solo home run from Realmuto, moments after a section of Phillies fans in left field began chanting, "We want Charlie."

The Phillies missed a chance for early runs when Harper grounded out on the first pitch with runners on second and third and two outs in the second inning.

The Phillies are last in the National League with a .213 batting average with runners in scoring position since the All-Star break.

Vargas does his job

For the second time in three starts as a Phillie, Vargas kept his team in the game, allowing two runs over six innings.

Vargas has a 4.15 ERA in his three starts, which sadly represents a massive upgrade for any Phillies starting pitcher not named Aaron Nola.

Vargas didn't allow a hit until the fourth inning. He struck out only one but got 12 outs on the ground or on infield flies.

Corey Dickerson, the Phillies' hottest hitter, was forced out of the game in the third inning after taking a pitch to the hand.

Dickerson swung through a 91 mph sinker but on the swing, his hand made direct contact with the ball. After being examined for a few minutes, Dickerson took a practice swing and came out of the game. He was replaced by Sean Rodriguez.

Dickerson was diagnosed with a hand contusion and is considered day to day. If he's forced to miss time, it could be Nick Williams again getting the call-up from Triple A. Williams has been optioned to Lehigh Valley four times and recalled three times already this season.

Hittin' season about to begin?

If Manuel can work his magic, create some looseness in the clubhouse and conjure more confidence for the Phillies' hitters, he can make an impact (see story).

Nola is 10-3 with a 3.67 ERA. Hamels is 6-3 with a 3.09 ERA but is coming off of one of his worst starts. He allowed five runs (four earned) on eight hits over three innings in Cincinnati last Thursday.

Hamels was out from June 29 until Aug. 2 with an oblique strain. This will be his first-ever start at Citizens Bank Park as a visitor.