Matt Klentak could not spell out a hard and fast reason for firing Pete Mackanin as Phillies manager on Friday, but a theme did emerge in his comments during a news conference to announce the move.

Klentak, 37, mentioned several times the youth that the team had injected into its roster in recent months.

By the time the news conference was over, it was difficult not to draw the conclusion that he'd like to have a youthful presence in the manager's office.

"In my mind, we have reached a turning point in this rebuild," Klentak said as Mackanin sat stoically by his side at a dais in the same Citizens Bank Park interview room that has been the site of many notable comings and goings the last decade.

"As you all know, we have turned over this roster considerably over the last two years and especially in the last few months. We see our roster right now is littered with young players who look to have a very, very bright future. It's time to look forward."

The Phillies won't completely move on without Mackanin. He was still under contract for next season, thanks to an extension he received in May. He will manage the final weekend of the season then move into a front-office advisory role. He will be in that job for at least a couple of years as he received a separate contract extension to serve in that role for 2019 (see story).

Klentak said he would begin the search for a new manager immediately. 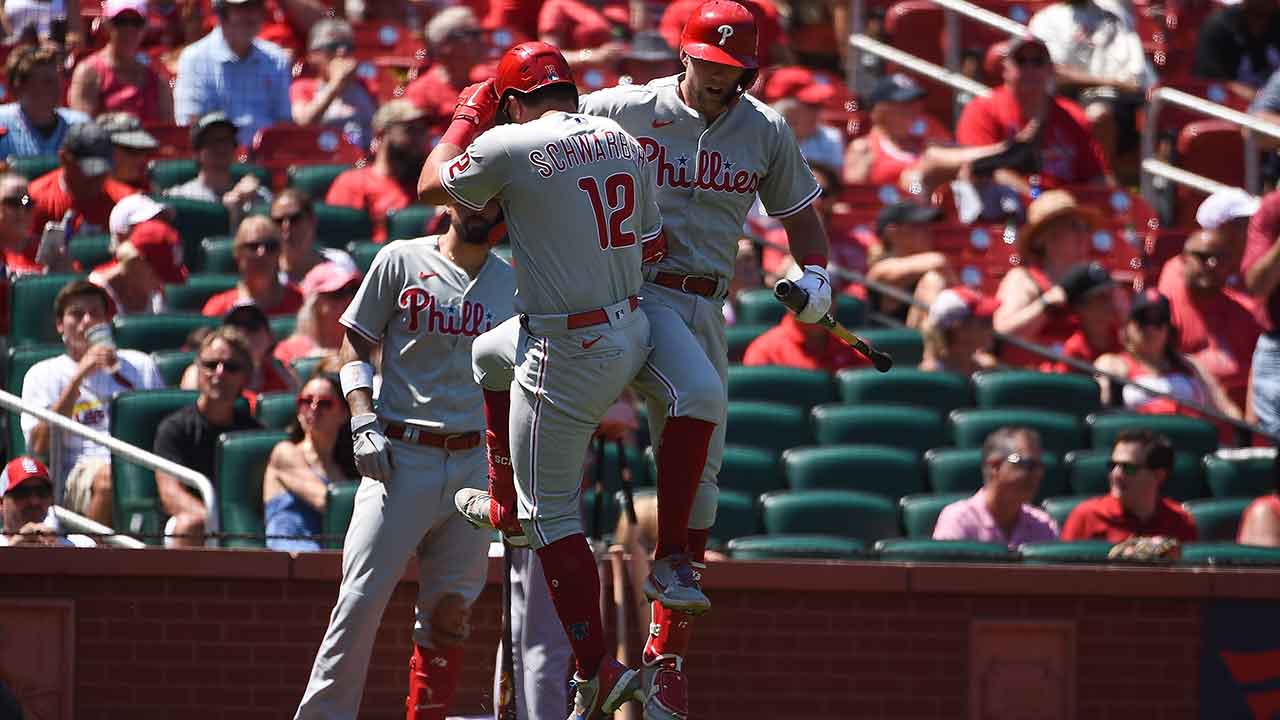 "Our goal for that search will be to identify a leader that can help lead us into the future and take us to where we want to go," Klentak said. "But I still trust Pete, I still want his opinion and I still want to be able to call him and run thoughts by him. Maybe as importantly as anything, I want to make sure when we're tipping champagne over each others' heads celebrating our next championship that Pete is still proudly wearing the ‘P' because he deserves that."

Mackanin said all the right things during the news conference and afterward. He is 66 years old, secure financially after a long career as a player, coach, scout and manager, and was actually considering retiring a few years ago when he was asked by the previous management regime to lead the team on an interim basis when Ryne Sandberg resigned in June 2015. The team played well under Mackanin and he was hired on a permanent basis in September of that year, a month before Klentak was hired as general manager.

From the time he was hired, Mackanin was seen as an on-field caretaker of the rebuild while Klentak and club president Andy MacPhail oversaw the grand plan.

Klentak has been reluctant to put a timetable on the rebuild, to say when he believed the team could contend again. But his decision to fire Mackanin was an indication that expectations are changing.

"I don't think we've reached the end of our rebuild, but I do think the worst part, the hardest part of our rebuild, is in the rearview," he said. "I think as we look forward, as we continue to balance the present and the future, that we are getting closer to the point where the present is going to become more important.

"I think now with the way the rebuild is unfolding and the way that some of our young players are graduating to the big leagues and the way that the outlook is shaping up, a new voice in the dugout and a new style is necessary," Klentak said. "It has nothing to do with me not liking Pete or being disappointed in him."

The Phillies played poorly in the first half of the season and were 29 games under .500 at the All-Star break. Klentak had brought in a number of veterans in the offseason, but really only reliever Pat Neshek had an impact. Injuries struck down Clay Buchholz for the season and Howie Kendrick for a significant chunk of the first half. Michael Saunders and Joaquin Benoit brought little, if anything.

The Phils have played much better in the second half thanks to the influx of young players that Klentak mentioned. Yes, he made the call to promote Rhys Hoskins and Nick Williams - critics say he should have done it sooner - but Mackanin has guided those players. The Phils entered the final three games of the season Friday night with a 35-37 record after the All-Star break and a chance to finish over .500 in that span.

"There are only 30 of these jobs in the world and I had one of them," Mackanin said. "For that, I'm delighted and I'm just thrilled I had an opportunity to do that. Sure, you'd like to inherit the best team in baseball and just push the buttons. One thing I'm most proud of is I believe a lot of players have improved under my watch. They have played better, they have learned some things and to me that is just as important as winning."

Still, it wasn't enough to keep Mackanin in the manager's seat.

Clearly, Klentak wants a young perspective and a new style, as he said, to lead the team. He is one of a growing number of young, analytically-driven general managers in the game, and he may to want someone of his generation and ideology that he can grow with as the team moves closer to contending.

Klentak is not the first general manager to inherit a skipper. And he's not the first to want his own guy. That's more a reflection on him than Mackanin, who is and remains a sharp baseball man.

Klentak would not give a timetable for hiring a new manager. Dusty Wathan, frequently a manager of the year in the Phillies' minor-league system, is a candidate to move up from the Triple A job, either as manager or a member of the coaching staff. Brad Ausmus, recently fired by the Detroit Tigers, could get a look. Like Klentak, he is a Dartmouth man.

At 61, Buck Showalter does not fit the youthful mold that Klentak seems to be looking for, but he would have to be considered a candidate if the Baltimore Orioles don't bring him back for the final year of his contract. Showalter worked with members of the Phillies' front office staff when they were in Baltimore. MacPhail holds him in high regard (see 10 candidates).

"I think it's about finding a connection with the team and with the players and leading us on into the future," Klentak said of the team's managerial opening. "I think that is what this is about. It's about looking forward."