The Phillies on Friday welcomed back a veteran piece from the disabled list just in the nick of time before the trade deadline.

Howie Kendrick, who had been on the disabled list since June 28 with a hamstring strain, has been activated from the DL and is available to play in Friday night's series opener with the Milwaukee Brewers at Citizens Bank Park.

To make room for Kendrick on the roster, Brock Stassi has been optioned to Triple A Lehigh Valley. 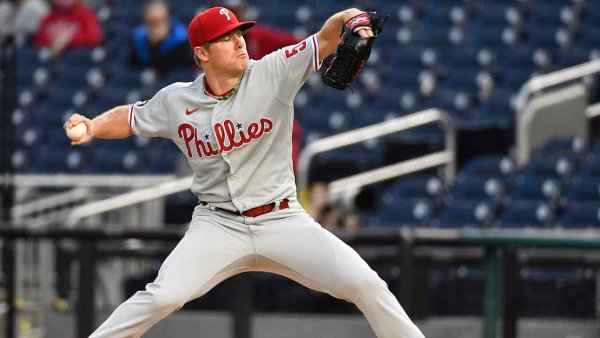 The timing of Kendrick's return couldn't be better for the MLB-worst Phillies, as they will once again try to unload pieces before the July 31 trade deadline. So that means Kendrick will have 10 days to prove his worth to interested parties.

It's been a tough go of things for the 12-year veteran in his first season with the Phils. Acquired from the Los Angeles Dodgers in the offseason, Kendrick was pegged as the Phillies' starting leftfielder before the season began. But injuries have thrown his season off course from almost the very beginning.

Kendrick suffered an oblique strain during a game in Washington on April 15 and missed the next 37 games. After returning for 22 games, Kendrick then suffered the hamstring strain during a West Coast swing in late June and has missed the last 17 contests.

On the season, the 34-year-old Kendrick is batting .349 with two homers and 14 RBIs in a small 33-game sample. But he's also a career .291 hitter and can play multiple positions on the diamond. Both could make him an attractive trade option granted he can stay healthy.

But now you can get Kendrick's trade countdown clock back in motion.