Spencer Howard felt his start Monday at Dodger Stadium was a step in the right direction, but the same concerning signs were there.

Spencer Howard felt his start at Dodger Stadium Monday night was a step in the right direction.

If it was, it was not a big enough step as he again paid for losing velocity and command the second time through the order in a 3-1 Phillies loss.

Howard’s night could not have begun any better. He was perfect through three innings and showed a fastball in the 94-96 mph range. He maintained his velocity in the second inning after running out a double and advancing to third base, which was notable because Howard spoke after a May start about losing his stamina and being unable to get his heart rate down after running out a ball to first base.

Then came those dreaded middle innings.

In the fourth, Howard gave up a two-run homer to Will Smith. It was on a 91.9 mph fastball. 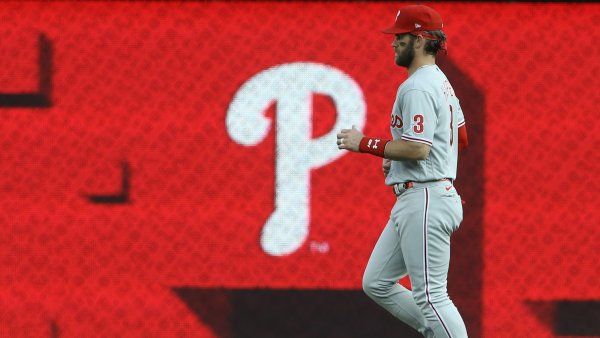 In the fifth inning, he was taken deep by Chris Taylor. It was a 92.2 mph fastball.

The Dodgers had only three hits on the night but those two homers were all the runs they needed to win.

Howard’s velocity dip was not as pronounced or as consistent in this one but it still hurt him. It must be difficult to know where a fastball must be placed when you don’t know how fast it will be coming out of your hand. The spots Howard can get away with at 96 mph in the first or second inning are just not the same as the spots you must hit to be effective at 91-92.

“In my eyes at least, it was a step in the right direction,” Howard said, “because being able to finish that (fourth) inning out, throwing a good fastball down and away and then coming back out for the next one.”

The Phillies certainly need more from Howard, early as it is in his career. He’s now made 10 major-league starts and averaged just over 3⅔ innings. He has a 5.57 ERA and has completed five innings one time, in a start last August against the Nationals.

The Phillies’ bullpen after Howard was a bright spot in Monday’s loss. Connor Brogdon struck out two in a scoreless inning and left-hander Bailey Falter followed by allowing one baserunner over his three scoreless innings. Falter was called up earlier in the day as Enyel De Los Santos was sent down.

Falter could end up playing an important role if he continues to pitch behind Howard. He’s a lefty with deceptive velocity based on how close to the plate he releases the ball. He had a 1.82 ERA in 29⅔ innings at Triple A. With how high Ranger Suarez has risen in the bullpen hierarchy, the Phillies can't afford to simply save him for Howard's day in the rotation, opening up an opportunity for Falter.