The Phillies landed one of the most intriguing prospects in this year’s draft when they selected right-handed pitcher Mick Abel with the 15th pick on Wednesday night.

Abel, 18, comes out of Jesuit High School in Portland, Oregon. He is 6-5 and 198 pounds with room to get stronger.

Baseball America says Abel possesses “a tantalizing combination of present stuff, future projection and pitchability.” Abel’s fastball ranges from 94 to 97 mph, with room to grow, and his slider and curveball are both considered plus pitches.

"Our scouts were in unanimous agreement, he's a potential future workhorse and dominating presence at the top of a rotation," first-year Phillies scouting director Brian Barber said Wednesday night. "As a person and a player, we're 100 percent sold on him. We like everything about Mick. His projection for the future. The quality of his 'now' stuff. With every projection marker we use, we believe his stuff will improve. We love the delivery and the way the arm works." 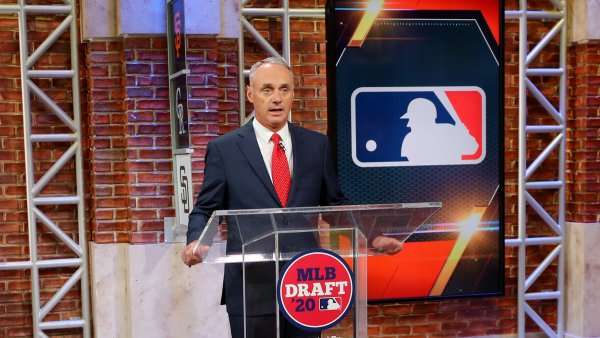 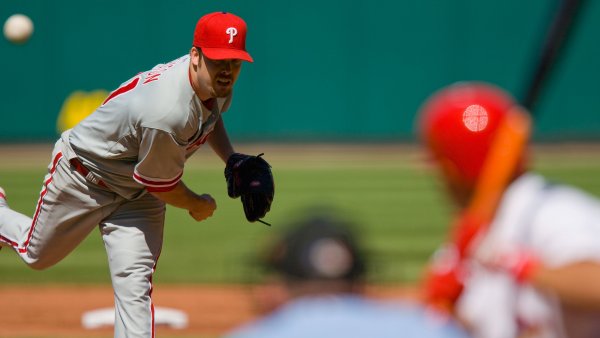 With So Many 1st-Round Busts, Phillies Have Made Up for It in 2nd Round a Few Times

There is always risk in taking high school pitchers and there’s more than ever this year. Abel dazzled on the showcase circuit last summer but did not throw a competitive pitch this spring because of the COVID shutdown. Phillies scouts visited with Abel in person in January and watched his indoor workouts.

Though he is committed to Oregon State, Abel is expected to sign.

"The best offspeed is my slider, I feel like I can throw it in any count in any quadrant," Abel said. "Really manipulate it to give it a slurvier shape or tighten it up with more velocity."

"I comped him to Justin Verlander, so that tells you how much I liked him," former Rockies GM Dan O'Dowd said on MLB Network.

"It's a plus fastball, he commands it, a wipeout slider and, for me, I don't see max effort at all in the delivery. He does it easy. Developing changeup and he's got two plus pitches right now with plus command of them. This guy, for me, is the best-looking high school pitcher in this draft."

"To be honest, I don't do comparisons a whole lot. But I wouldn't mind it if those two that were mentioned worked out," Barber said when asked about those two superstar comps. "He has four pitches that are quality and can get big-league hitters out."

Abel is the first pitcher taken by the Phillies in the first round since Aaron Nola in 2014. The club had not taken a high school pitcher as a straight first-rounder (non-supplemental round) since 2010 when it selected Jesse Biddle out of Germantown Friends with the 27th overall pick.

After the initial call from Phillies officials welcoming him to the organization, Abel received a FaceTime call from a number he didn't recognize. He hit accept and saw Bryce Harper's face.

"That was pretty cool," Abel said. "I was like woah, that's Bryce Harper, what the heck?"

The slot value of the 15th overall pick this year is $3.88 million.

The Phillies' next pick is 87th overall in the third round Thursday. The draft resumes Thursday at 5 p.m. with the second round, but the Phils forfeited their second-round selection when they signed Zack Wheeler.