Jeremy Hellickson pitched five strong innings Wednesday afternoon, but that was all as he exited early with back tightness. There was no further word on his condition.

Hellickson threw 71 pitches against the Dodgers and allowed just one run on three hits and a walk, while striking out seven.

The right-hander, considered the team's top trade candidate at the non-waiver deadline, was held onto by the Phillies, a calculated risk by general manager Matt Klentak and company. 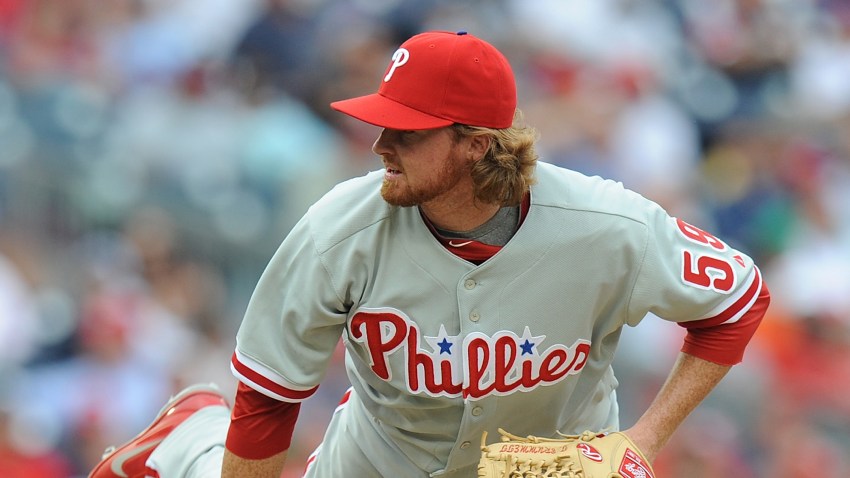 The 29-year-old has a 3.65 ERA in 24 starts this season, his first with the Phillies. His second half is extremely important to the club.

Phillies starters of late have been snakebitten by injury. Last week, Aaron Nola (right elbow strain) was placed on the disabled list. This week, it was Zach Eflin (patellar tendinopathy in both knees). It's uncertain if either will pitch again this season.

Elvis Araujo, called up from Triple A before Tuesday's game, relieved Hellickson.