Phillies manager Gabe Kapler has taken to his personal website - Kaplifestyle.com - to respond to a report that claims he did not properly handle the reporting of an alleged 2015 assault of a woman in Arizona during his time as director of player development for the Los Angeles Dodgers. 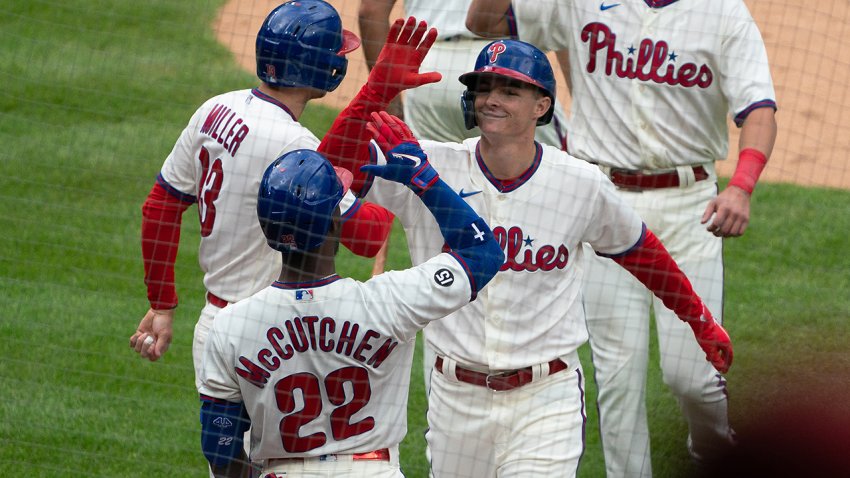 "Many of you may be aware of the recent accusations made against the Dodgers and me. I thought that the best thing I could do to explain my actions in this situation would be to walk everyone through my involvement in these events from start to finish.

Before we begin, I want to make one thing clear: There is an allegation that I concealed or otherwise mishandled a sexual assault claim. This is 100% not true. There was no allegation of sexual assault made to me during my handling of this incident.

I was contacted by the grandmother of the victim the night of February 24th, 2015 via my Dodgers email address. This email contained a written account of an incident that had taken place the night before involving two Dodgers minor league players. I called the grandmother to confirm what had happened. Then, I spoke to the players involved. One player had no recollection of the events at all (all parties agreed that he was passed out due to overconsumption of alcohol during the relevant period and was not a participant or witness to the event). The other confirmed in broad outlines what was said by the grandmother. The next evening, February 25th, the victim sent an email to my Dodgers email address containing her written account of what happened.

All three of the accounts described a serious situation, but there was no allegation of sexual assault.

That situation was, in sum:

– Two players and two women met the individual in question. The group of five returned to the hotel room where one of the players was staying.

– One player passed out on the bed.

– The victim vomited on the other bed due to alcohol intoxication.

– The two women proceeded to hit her on the head and poured water on her.

– The other player shared a video clip of the incident on Snapchat.

– The two women asked the victim to leave.

I worked to learn what happened from the players involved, the victim, and the grandmother. All three accounts independently outlined the same events. While a serious physical assault allegation was made against the two women in the room (in an environment that the two players helped to create), none of these accounts involved any sexual assault allegations, and no physical assault allegations were made against either Dodgers player. I and others at the Dodgers still took their role in the incident very seriously and proceeded to act with the information that we had.

Both players admitted their role in the incident and felt remorseful that their actions helped to create a situation that allowed these events to occur in their presence. The two players wanted to apologize directly to the victim for their poor decision making and lack of responsibility or maturity. To facilitate this, and with the understanding (as recounted by all parties I spoke to) that there was no physical or sexual encounters between the players and the alleged victim, I suggested a meeting in order for the players to apologize. The sole purpose was to provide the opportunity for the victim to receive an apology in a controlled environment with supervision, and to educate the players on how to be accountable. The meeting was suggested to the victim, and she declined.  We respected her wishes and dropped the idea.

The question of why I didn't report this to the police is a fair one. Admittedly, there were many thoughts going through my mind at the time. But above all, the victim's grandmother asked for my reassurance that I wouldn't "turn [the victim] in" before the victim would share what had happened. After the victim shared her description of the night, she sent me a follow up email and said she didn't want to talk about it any further. My feeling at the time was that the victim should have the right to make the decision about what she wanted to do. Perhaps I should have taken it out of her hands, but my intention was to respect the victim and her wishes.

In addition to my own involvement with this process, I alerted my supervisor and the Dodgers legal department to allow them to handle whatever employment and legal consequences were deemed appropriate to the situation. It should be noted that because the incident occurred in February, minor league players had not yet reported to camp. There were no formal baseball activities. I could not then suspend or bench the players or pull them from games – there were none going on at that time.

Again, at the time and as far as I was aware, there were no claims that either player assaulted anyone in any way (sexually or otherwise). While others determined the consequences for the players from a legal and social perspective, I and others in player development took steps to work on their decision-making skills.

On March 4th, 2015, the player in question asked for assistance in securing an attorney as he had been contacted by the police. I passed that request to the appropriate parties within the Dodgers. That same day, I was notified that the Dodgers would be hiring an attorney to represent the player. At the request of the player's attorney, I shared with him all communications I had with the victim and the grandmother. The attorney followed up with me on March 6th, 2015 "regarding the police investigation of an incident that occurred at the Hampton Inn in Glendale on February 23-24, 2015" to thank me for sharing the information. At this point, I understood that this situation was in the hands of the police and the legal system and that my role was complete. My understanding is that there was no prosecution based on the results of that investigation. By the time the investigation concluded, the player had already been released from the Dodgers.

Ultimately, I tried to make the best possible decisions I could to ensure that this incident was handled appropriately and to refer the situation to the proper individuals at the Dodgers. I acted based on what I knew at the time based on written accounts and discussions. I believe my actions respected the victim, her situation, the player, and my role at the Dodgers.

I take violence against women, especially sexual violence, incredibly seriously. In this particular case, the notion that a sexual assault had taken place was never brought up during the time that I was involved in responding. There is a big difference between responding to a player who displayed an unacceptable lack of judgment and one that assaulted a woman. I am well aware of that difference, and I assure you that I would have acted differently if at the time I was involved I had reason to believe that a sexual assault had occurred.

In short, I believed everything that the victim told me throughout the process, and I acted based on that information to the best of my ability. During my handling of this situation, I had no reason to suspect that a sexual assault was alleged. I tried to make the players involved aware of their poor decisions, and I tried to encourage them to make proper decisions in the future. I believe I acted with the best intentions based on what I knew at the time. My goal in every interaction is to always act with integrity and to treat everyone with respect, and I believe my actions reflected those principles.