There have been plenty of head-scratching moves made this season by Gabe Kapler, but most of the time, even if the decision was uncommon, the logic was easy to see.

Kapler's decision Thursday night - in a must-win game - to use Luis Garcia in the eighth inning with the Phils trailing the Braves by a run? Indefensible. 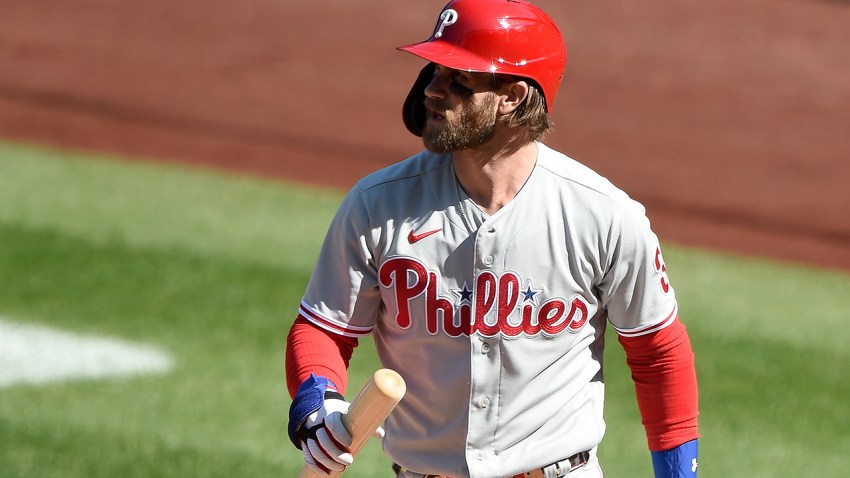 Kruk Sounds Off on Lifeless Phillies: ‘What We're Watching Now Is Closer to Little League'

In that situation, a one-run deficit has to be treated like a tie. With how shaky Atlanta's bullpen has been lately, a one-run deficit is far from insurmountable. It's the kind of scenario that calls for a team's best or hottest reliever. Worry about the ninth or 10th innings if/when they arrive.

But instead of using Seranthony Dominguez or a locked-in Hector Neris, Kapler used Garcia, who allowed three runs in his previous outing and had allowed 11 runs in his last 10 2/3 innings.

Garcia allowed four runs in the eighth and the Phils lost handily.

After the game, Kapler explained that the Phillies liked how Garcia profiled against the bottom of the Braves' order, righties they believed Garcia could handle.

Edubray Ramos, Victor Arano and Tommy Hunter had already been used. Pat Neshek was unavailable after pitching the previous two nights. But still, Garcia is clearly behind Dominguez and Neris in terms of recent performance. Neris has a 2.57 ERA with more than two strikeouts per inning in 16 appearances since returning from the minors. Even if you burn one in the eighth, you still have the other.

This decision from Kapler was equivalent to a manager saving his ace in Game 6 of a playoff series so he can pitch Game 7. Well, you have to get to Game 7 first. That's the priority. Especially when said manager is treating every game like Game 7 of a playoff series, removing starting pitchers in the third or fourth inning and optimizing platoon matchups all night.

Kapler managed Thursday night with his back against the wall … until the bottom of the eighth.

The Phillies' playoff hopes are on life support. Two more losses in this series and the division goes to the Braves.

If and when that happens, we'll remember two instances - opening day and Thursday night - in which Kapler's team lost an important game with one of its lesser relievers on the mound.