Joe Girardi came away with one memory from his first game as Phillies manager.

"The fans yelling and screaming outside the centerfield fence, that's something I won't forget," he said. 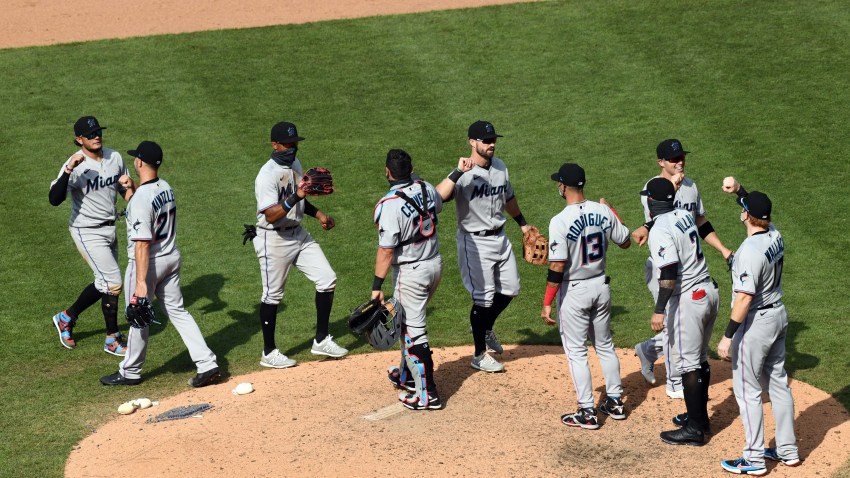 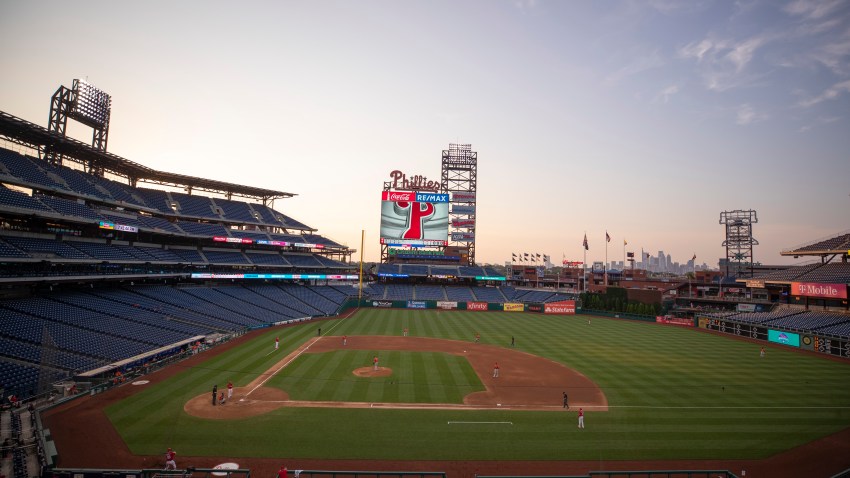 The rest of Girardi's debut game was rather forgettable.

Phillies hitters were mostly manhandled by hard-throwing Miami Marlins right-hander Sandy Alcantara and three relievers. That left Aaron Nola little room for error on the mound. He made a couple of mistakes in the sixth inning and that led to a 5-2 loss in front of 43,035 empty seats at Citizens Bank Park on Friday night.

"It's not how you want to start," Girardi said. "Everyone wants to win that first game and continue to roll. We just have to bounce back tomorrow."

He will need more offensive support than Nola received.

The Phillies collected just five hits and one of them was a ninth-inning single by Didi Gregorius. Gregorius also homered in the fifth inning. The Phils' other run was unearned.

Of the Phils' five hits, one was an infield hit and one was a check-swing hit.

Amazingly, the Phillies have lost eight straight games with Nola on the mound, dating to last August. The right-hander did not pitch badly, though he's clearly not in peak form. His fastball averaged 91 mph, down from 93 last year.

"It was only my third time on the mound since the quarantine," Nola said.

It was a 1-1 game in the sixth when Nola became fatigued. He walked the first batter of the frame, No. 9 hitter Miguel Rojas, then two batters later surrendered a two-run homer to Jesus Aguilar on an 0-2 curveball. The next batter, Corey Dickerson, doubled and Nola left the game at 79 pitches, trailing 3-1.

"I felt good," Nola said. "I got in trouble in the sixth inning. I tried to throw (the curveball to Aguilar) lower in the zone. It hung up and he put a good swing on it. Dickerson hit a 1-1 pitch that hung up there. A couple bad pitches in that inning hurt me, especially walking Rojas to start the inning.

"I feel like I've had this before - cruising and then run into one bad inning. I just have to get prepared for my next outing."

Girardi went to power-armed rookie Ramon Rosso after Nola and Rosso could not keep the game close. He wild-pitched in a run and allowed a booming, RBI double as the Marlins pulled away.

Rosso hit 97 and 98 mph on the radar gun. The arm is good. The command was not. Neither were the results.

Maybe Rosso was a little nervous in his big-league debut.

Poor play against the 105-loss Marlins cost the Phillies a winning season last year. The Phils lost 10 of 19 games against the Marlins and finished 81-81.

"They're a scrappy team," Nola said. "They always play us hard. They beat us quite a bit last year. It's one of those things, they play us good. We've got to come out tomorrow and be ready to compete."

Apparently, there was some talk in the dugout during the game about the Marlins having the Phillies' number. Gregorius said he heard it.

"Some guys said for some reason they always get us," he said. "We have to try to stop it, beat 'em and play a good game."

It needs to start Saturday afternoon. This is a season like no other. Every game is like playing 2.7 games in another season. Every loss is magnified.

"Yeah, 60 games," Nola said. "We don't have any time to coast. We have to ramp our game up to a high level. We want to come out of the gate hot. Obviously that didn't happen tonight but tomorrow is a new day."