From the USA (let's call them the "Philly") Field Hockey Team looking to get one step closer to a medal to a New Jersey gymnast trying to to add to her medal count, here's what to watch Monday in Rio. 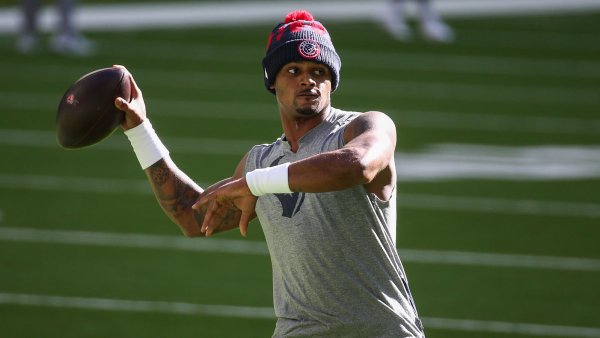 After suffering their first loss of the Olympics on Saturday, 2-1 to Great Britain, the U.S. women’s field hockey – packed with a roster of women from Pennsylvania and New Jersey, including three-time Olympian Rachel Dawson of Berlin -- team fell short against Germany in the quarterfinal. Germany beat them 2-1 Monday, ending their shot at a spot on the podium.

Germany took an early lead, scoring the first goal with a little more than seven minutes to go in the first quarter. The U.S. managed to score one point later in the game, but they couldn't come back and wound up losing by a point.

The U.S. women have not won an Olympic field hockey medal since taking bronze in 1984 and they came in last in London – something that won’t happen this time.

Laurie Hernandez couldn't wait to get back to New Jersey so she could grab some Wawa but before she left Rio she had another shot at gold in the balance beam final. The “Final Five” gymnast ultimately won silver with a strong routine in her best event. Hernandez's teammate Simone Biles won bronze after a costly stumble on the balance beam. Sanne Wevers of the Netherlands followed Biles and seized the moment, winning gold with a poised, graceful routine.

Hawaii native Micah Christenson made a name for himself in 2009 when he became the youngest U.S. setter to ever play in a world championships as part of the U.S. Boy’s Youth Team at 16. The following year, he played for the youth and junior teams and was named Best Setter. [[390126391, C]]

The U.S. – with Penn State alum Max Holt – beat Mexico in three sets Monday morning for a spot in the quarterfinals.

The game was crucial – Italy leads the group with 12 points, but the U.S., France, Canada and Brazil went into Monday's games tied for second with six points.

The women's water polo team, with Princeton's Ashleigh Johnson in goal, knocked Brazil out in the quarterfinal Monday afternoon, beating the host team 13-3.

The U.S. women are now 4-0 through the Rio Olympics. Now that they've beat Brazil and advanced, they'll face the winner of the Australia-Hungary game, which takes place later Monday afternoon, in semifinals on Wednesday.

Topton, Pennsylvania's Bobby Lea entered his third Olympics hoping to bring home his first medal -- but it's a long shot after a tough first and second day of the Omnium. [[390145592, C]]

The six-part men's Omnium started Sunday afternoon with the scratch race as Lea took the lead at one point before finishing second-to-last and earning only eight points. He finished eighth in the individual pursuit to move into 12th place ahead of the elimination race but after placing 11th in that race, Lea entered the second day of competition in 15th place with only 20 points. In his time trial race Monday morning, Lea finished in 1:05:33, placing 14th.

Lea wound up missing out on the final points race finishing 17th out of 18 riders.