The buzz around Eagles Training Camp Wednesday wasn’t all about the entire squad finally reporting but rather about their fallen leader Jim Johnson.

It could only be expected that the Birds would be touched by the death of their long-time coach. He was an incredible defensive coordinator who turned around a mediocre defense into a powerhouse.

Johnson spent 10 years with us in Philly, a long time for an assistant coach. The reason for Johnson’s longevity was a mutual admiration between him and the fans, said Philly.com’s Phil Sheridan.

Love was a common theme among the players, coaches and protégés that encountered Johnson during various parts of their careers. With word of his death spreading, memories and condolences kept rolling in from around football. 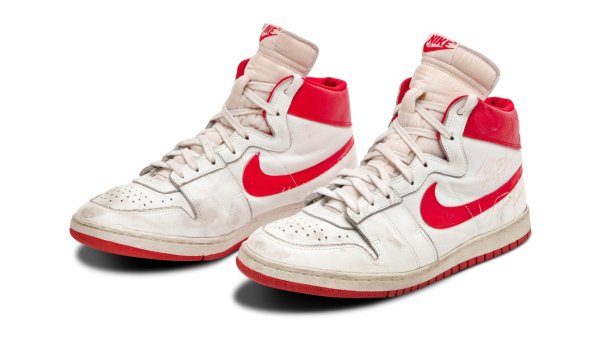 But the most interesting Johnson admiration came out of Dallas. Normally Big D is hostile enemy territory, but Dallas Morning News writer Rick Gosselin wrote that Johnson deserved his due -- that the coach should be inducted into the NFL Hall of Fame. We don’t disagree.

As a touching tribute the Eagles painted a large “JJ” logo near the practice field, as can be seen on Delaware Online’s Geoff Mosher's blog.

It wouldn't be surprising if they wore a similiar "JJ" patch throughout the season, wrote Bleeding Green Nation.

Many people might wonder what kind of impact a defensive coordinator might have on a quarterback. I can’t speak for all those relationships but I can speak about Jim and me... We have shared many ups and downs. From my rookie season where he blitzed me to death in practice. I said it then and will repeat it again, going against Jim’s defense in practice prepared me for ANYTHING I may ever see in a game. It was the best learning experience a young QB could ask for," wrote McNabb.

McNabb took it easy as he normally does on the third day of rookie camp, said Philly.com.

Veterans were expected to check in by Wednesday night to start full-squad practices Thursday.

First round pick Jeremy Maclin remained a no show. And things may start to get interesting.

“I'd normally talk about the players that are here, however, in general, it's my experience with rookies that help a ball club -- or helped the club that I've been on -- they've missed very, very little. It's just a big advantage to be at every practice,” offensive coordinator Marty Mornhinweg said to Philly.com’s Bird’s Eye View.

Other tidbits included that Victor “Macho” Harris created some more supporters after he had another interception during seven-on-seven drills.

And, the LeSean McCoy vs. Moise Fokou scuffle seemed in the past as McCoy continued to get plenty of reps.

“He's still working through some things, but he's a really bright young man. I do think by, let's say the middle of training camp, he should be pretty comfortable,” Mornhinweg said about McCoy.

Without an afternoon practice Wednesday it became a waiting game to see if any veterans join Maclin as a no show.

The players should all have something to talk about considering that starting linebacker Stewart Bradley landed on Philly.com's Sexy Singles list.