The 46-year-old swimmer had surgery to stabilize her spine.

Six-time Olympic gold medalist swimmer Amy Van Dyken severed her spine in an all-terrain vehicle accident over the weekend, and told emergency workers she could not move her toes or feel anything touching her legs.

The 41-year-old swimmer, who goes by her married name Van Dyken Rouen, was injured Friday. She was airlifted to a hospital and had surgery to stabilize her spine. 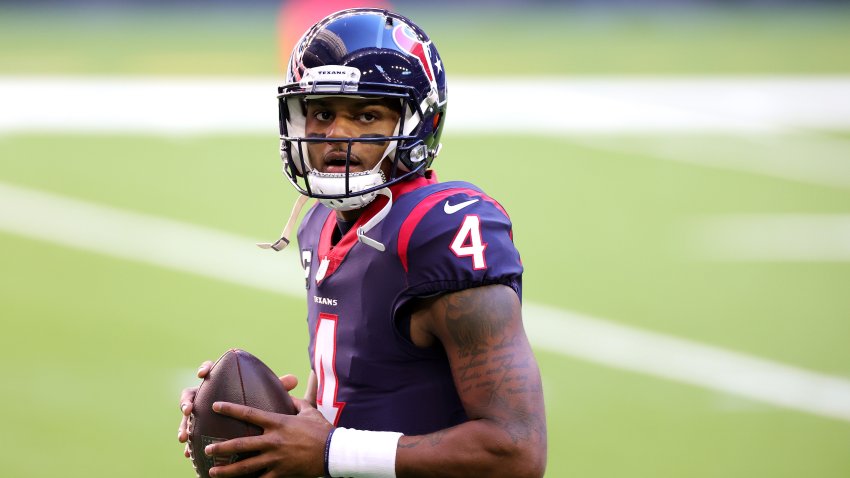 A letter from the Van Dyken and Rouen families said she severed her spinal cord at the T11 vertebrae and that the broken vertebrae came within millimeters of rupturing her aorta.

A report by the Show Low Police Department said the ATV that Rouen was driving hit a curb in a restaurant parking lot and sent her over a drop-off between 5 to 7 feet.

Rouen was found lying on the ground next to the ATV. She was strapped to a backboard and airlifted to Scottsdale Osborn Medical Center.

A witness said he saw Rouen launch over the curb and found her unresponsive when he arrived on the scene, the report said. Rouen was not wearing a helmet at the time.

Her husband, former Denver Broncos punter Tom Rouen, told police officers he had changed the throttle mechanism on the ATV from a thumb accelerator to a twist accelerator a few days before the accident, though wasn't sure if it was a factor in the accident.

He said his wife had not been drinking alcohol that evening.

Rouen starred at the 1996 Atlanta Olympics, where she became the first U.S. female athlete to win four gold medals in a single games. She captured the 50-meter freestyle and 100 butterfly and also competed on the winning relay teams in the 400 free and 400 medley.

Four years later at Sydney, she added two more golds in the 400 free and 400 medley relays before retiring from competition.

In 2003, she was among numerous prominent athletes who testified before a grand jury investigating the BALCO doping scandal. Rouen never tested positive for performance-enhancing drugs during her career.

"The USA Swimming family is devastated to learn of Amy Van Dyken's unfortunate accident this weekend," the organization said in a statement. "We're happy to hear that she escaped and is now in great care. That she is already 'acting like her typical spunky, boisterous, ebullient self' shows she's on a great path."

"Amy is a champion who has proven throughout her life that she is a fighter who takes on challenges and comes out on top. We know Amy will tackle her rehabilitation with vigor and be back on her feet sooner rather than later," it said.

Editor's note: An earlier version of this article incorrectly stated that Van Dyken is 46. She is 41.