No Threats to Super Bowl Have Surfaced So Far, NFL Says

The National Football League is not aware of any security threats against the Super Bowl, now four days away, the league's top security officer said Wednesday.

"We have no credible or specific threats that have been brought to our attention," NFL Chief Security Officer Cathy Lanier said.

She spoke at a news conference in host city Atlanta alongside the nation's Homeland Security secretary as well as state and local law officers.

Outside, low-flying helicopters swooped over Atlanta's downtown and police patrolled the streets on horseback, bicycles and on foot. On the ground, trained police canines sniffed visitors to some hotels and other buildings.

"Protecting an event such as the Super Bowl is no easy task," Nielsen said. 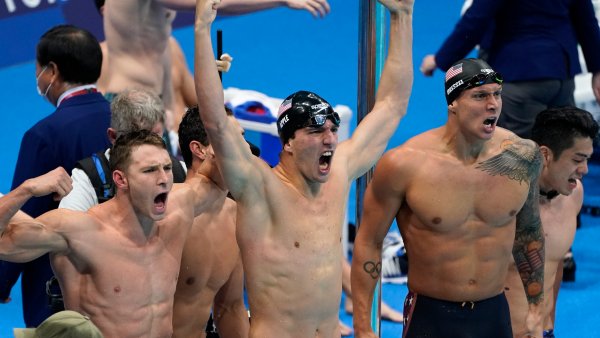 Shouts for Joy: Hear the Loudest Celebrations From Olympic Athletes in Tokyo 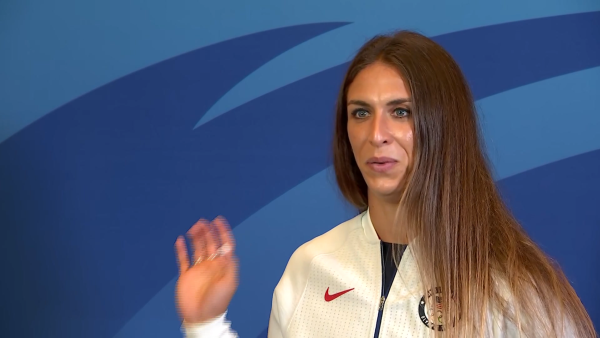 track and field 21 mins ago

"I want to make clear that despite last month's lapse in funding, DHS employees are and have been committed to keeping our nation and Super Bowl 53 secure," she added.

More than 600 employees from her agency will be protecting the city, she said. U.S. Secret Service officers and members of the Coast Guard also will be on the ground and joining local and state police and other agencies, Nielsen said.

"We've conducted more than 100 different physical and cybersecurity assessments and conducted outreach activities ... so that any vulnerabilities can be addressed before they are exploited," Nielsen said. "Part of what we bring to bear is our expertise in the tactics and techniques that potential adversaries could bring against events such as these in crowded places."

The U.S. Department of Energy advised residents not to be alarmed by low-flying choppers equipped with radiation-sensing technology. The aim is to measure naturally occurring radiation to establish baseline levels — a routine step in securing major events, the agency said.

Air space in the area of Mercedes-Benz Stadium will be restricted and drones will not be allowed to fly.

For local police, the greatest concerns in recent days have been the weather and traffic, and weather conditions are expected to improve in the days before the Super Bowl. Shields urged motorists to use public transportation, which would keep some cars off the streets.

She said police are relying on the public to call 911 if anything seems suspicious.

"We just really, really want to emphasize, if people see something that is strange, a little off, or gives them any pause to call 911 immediately," Shields said. "Let us sort through it."