Nick Foles Is a Stat-lover's Dream

Nick Foles isn't Carson Wentz, but he sure does fill up the box score. His four-touchdown, no-interception performance in his first start as an Eagle in four years was a stat lover's dream.

So we are Foles heavy in this week's edition of Roob Stats!

• With Sunday's game and his seven-TD game in Oakland in 2007, Foles is only the second Eagles quarterback with more than one career game with four or more TDs and no interceptions. Donovan McNabb had eight. Five others had one each - Randall Cunningham, Norm Snead, Bobby Thomason, Michael Vick and Wentz. 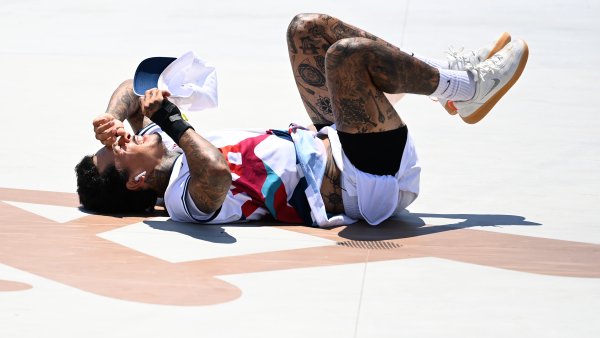 • Foles' four TD passes against the Giants gave him 50 in his career with the Eagles. He moved from 12th to 11th place in Eagles history in TD passes, passing Wentz (49).

• With Wentz's club-record 33 TD passes and four from Foles, the Eagles now have 37 touchdown passes with two games left. That's the 11th-most touchdown passes in NFL history by a team after 14 games. And eight of the 10 previous teams had more INTs than the Eagles' seven.

• Foles now has seven games in his career with three or more touchdowns and no interceptions (six with the Eagles, one with the Rams). Only three QBs have had more in their first 48 career games - Kurt Warner (nine) and Derek Carr, whose Raiders come to the Linc Monday night, and Dan Marino (eight each).

And a few non-Foles Eagles stats
• Jay Ajayi needs 179 rushing yards in the last two games to become only the second player in NFL history to rush for 1,000 yards in a season in which he played for two teams. Eric Dickerson did it in 1987 with the Colts and Rams. Ajayi had 465 yards with the Dolphins and has 356 with the Eagles.