The Eagles wrap up their modified offseason program before the long layoff leading up to training camp.

While the Eagles aren’t expected to be Super Bowl contenders in Nick Sirianni’s first season as head coach, they at least hope they’re heading in the right direction with this revamped roster. It’s a rebuild or a retool or whatever you want to call it.

Because of this transition period, there are plenty of major questions hovering over the team. 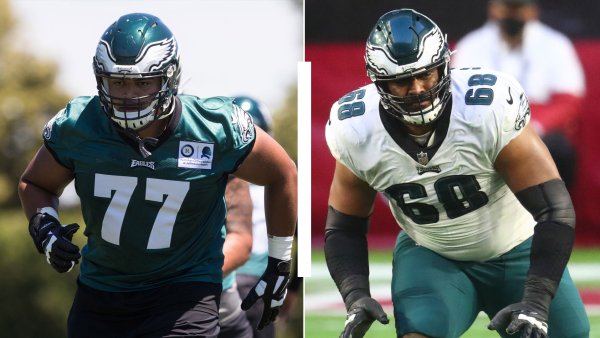 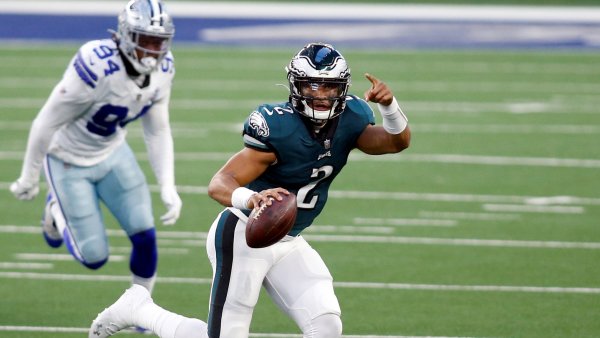 Here are 10 of the biggest:

Can Jalen Hurts be the guy?

This is the most important question of the 2021 season. We might all have thoughts about whether or not Hurts can be the franchise’s long-term solution at quarterback but this upcoming season is going to be a tryout of sorts. If he proves to be that franchise guy, then the Eagles won’t have to use the 2022 offseason to either trade for a quarterback or position themselves to draft one in the first round. If Hurts doesn’t have a good season, the Eagles have the ammo to replace him.

It was really hard to get a good evaluation on Hurts in his four starts last season. The offensive line was in shambles, his receivers made mistakes and the play caller lost his touch. This year, that OL looks healthy, the Eagles drafted DeVonta Smith and the head coach will have a chance to design an offense around Hurts’ strengths. Hurts has all the intangible qualities the Eagles should want in their franchise QB. Now, it’s just up to him to show he can be a great player on the field.

When will Zach Ertz get traded?

To no one’s surprise, Ertz hasn’t been at the NovaCare Complex this spring for the voluntary offseason program and since the Eagles agreed to cancel their minicamp, the first mandatory date will come in late July when the Eagles begin reporting to training camp.

The Eagles haven’t tried to hide the fact that they’re open to trading Ertz. In fact, Howie Roseman has let it be known that he needs a better offer before trading the former Pro Bowler, who is 30 and has an $8.5 million base salary. Other teams obviously haven’t offered the Eagles enough to get the trade done so Ertz is stuck in limbo. After June 1, the Eagles would save $8.5 million in cap space this year as opposed to just under $5 million if they traded him before that date. So perhaps that date will spur some action.

If not, then the Eagles will probably hold on to Ertz and just hope another team gets desperate. Maybe a tight end goes down in a training camp somewhere and the Eagles can be opportunistic like they were in 2016 when they traded Sam Bradford to the Vikings.

Can DeVonta Smith make the transition to NFL?

The Eagles traded up from No. 12 to No. 10 in April’s draft to select DeVonta Smith from Alabama. Smith dominated the SEC on his way to winning the Heisman Trophy in 2021 but was still the third receiver drafted after Ja’Marr Chase and Jaylen Waddle. The obvious concern about Smith is his size. He’s 6-foot, 166 pounds. While the Eagles aren’t concerned about it — at least not enough to not take him — we’ll have to see how someone with his body type translates to the NFL.

The weight questions will persist until Smith proves himself in the NFL, but the Eagles liked everything else about him. Smith is a technician as a route runner, has impeccable hands, is mature and competitive. They are relying on him being their true No. 1 receiver and he’ll be a starter as a rookie.

Will Nick Sirianni prove to be a good hire?

Hiring Sirianni wasn’t the most popular decision but neither was hiring Doug Pederson in 2016. And all Pederson did was help the Eagles win their first-ever Super Bowl.

The Eagles interviewed some of the hot candidates during their search process but landed on Sirianni, whose only interview was with the Eagles’ brass in Florida. That interview, by the way, happened during Sirianni’s family vacation. Frank Reich’s offensive coordinator blew the Eagles away that day with his plan for the offense, his coaching staff and his contagious energy.

The Eagles have hit big with their unconventional coaching hires in the past. They absolutely nailed it when they hired Andy Reid in 1999 and Pederson in 2016. And all of their head coaching hires since Jeff Lurie bought the team have found success early. We’ll find out soon enough what kind of coach Sirianni can be.

Was the hype around Jonathan Gannon justified?

While Sirianni wasn’t a hot name during the coaching search cycle, Gannon was. He interviewed for a few defensive coordinator positions but ultimately landed in Philly with fellow former Colts coach Sirianni. Gannon is another young guy but he’s very highly regarded in the NFL and might be a future head coach.

JG, as he prefers to be called by players, came up under Mike Zimmer in Minnesota and then learned from Matt Eberflus in Indianapolis. But Gannon says Zimmer is his biggest coaching influence. That’s a hint at what type of defense we’ll see Gannon run, although he proudly proclaimed he doesn’t have a scheme and will instead build his defense around the strengths of his players. Jim Schwartz had some success in Philadelphia but was never a fan favorite; we’ll see where Gannon falls.

Who the is CB2 opposite Darius Slay?

No, Slay didn’t have his best performances against the top receivers in the league but he had a very good season in 2020 and he’s clearly the Eagles’ top cornerback heading into the 2021 season. But for the second straight year, we have to wonder about who will start at the other outside corner spot.

The easiest answer is probably Avonte Maddox. The fourth-year pro was the Eagles’ CB2 last year. And although it was pretty obvious the Eagles needed an upgrade, they didn’t make one. The Eagles didn’t make a significant signings at the cornerback position in free agency and then waited until the fourth round to select Zech McPhearson out of Texas Tech. The Eagles did add Josiah Scott in a trade, but the 5-9 second-year player is much better suited to play the nickel corner spot.

It’s possible that Howie Roseman isn’t done yet. Maybe he’ll still be able to sign a free agent (Steven Nelson and Brian Poole are available) or perhaps there’s another trade to come. If not, we’ll see either Maddox, McPhearson or one of the other young and inexperienced guys starting opposite Slay.

There were a lot of things that went wrong in 2020 but I’d put the injuries on the offense line right at the top of the list. Brandon Brooks, Andre Dillard, Isaac Seumalo, Lane Johnson, Jack Driscoll and Jason Peters all missed time with injuries in 2020. Jason Kelce was the only player to start every game; the Eagles went through a ridiculous amount of starting line combinations. And their OL acquisitions this offseason (Landon Dickerson in the second round, Le’Raven Clark in free agency) are both coming off injuries too.

If the Eagles’ line can stay healthy in 2021, it has a chance to be one of the best — if not the best — in the entire league. It’s fair to wonder if that’s going to happen. But if it does, the Eagles get a huge boost.

The Eagles have a very talented defensive line but it’s worth noting that some of their best players on that line are aging. Brandon Graham is 33, Ryan Kerrigan is 32 and Fletcher Cox is 30. The Eagles will need those guys to help anchor their defensive line rotation. At some point, they’re going to slow down but the Eagles hope it won’t happen this season.

The other big question on the DL is about Derek Barnett and Josh Sweat. Both are entering contract years and have a chance to earn some money this season.

Both will have their opportunities in 2021. Sanders should welcome this coaching change because Sirianni is probably going to run the ball more than Pederson ever did and his emphasis on the screen game should keep Sanders even more involved in the passing game. And for Goedert, if Ertz is traded, there’s no question he’s the No. 1 tight end. And, heck, even if Ertz is here, Goedert is still going to play a ton. Goedert is already a top 10 tight end but a big season would push him even higher on the rankings.

Is Jalen Reagor ready to live up to draft status?

There’s no way around it: Reagor had a disappointing rookie season. Even if you toss aside Justin Jefferson’s success in Minnesota, Reagor’s having 31 catches for 396 yards and a touchdown isn’t good enough. Reagor did suffer three injuries last year and played just 11 games, so the first step for him will be just to stay healthy.

Reagor seems pretty confident he’s ready to have a breakout season in 2021. If he does, that would be huge for the Eagles because then they’d have an exciting young receiving corps, starting with Reagor and Smith. The simple presence of Smith ought to help Reagor out. It’ll divert attention from him on and off the field.