The Nick Sirianni Era begins on Sunday as the Eagles travel to Atlanta to face the Falcons at Mercedes Benz Stadium.

The Eagles entered the week at 3-point underdogs, according to PointsBet and the over/under is 48 1/2.

Here are five big storylines for the Eagles’ opener:

All eyes on Jalen Hurts

It took all summer, but after final cuts Jalen Hurts was officially named the Eagles’ starter … not that it was a surprise. Hurts took every single first-team rep in training camp and has taken a big leadership role in Year 2, even being voted by his teammates as a captain.

As impressive as Hurts has been as a leader going into his second season, he also looked pretty good as a quarterback during training camp too. Of course, it’s hard to really evaluate Hurts in a practice setting because his legs (and even just the threat of his legs) can’t be duplicated without game action. And he didn’t play much in the preseason. 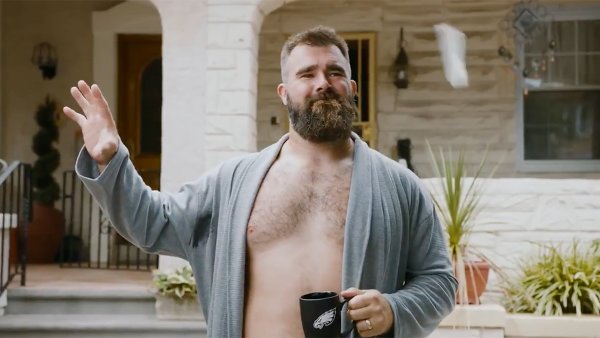 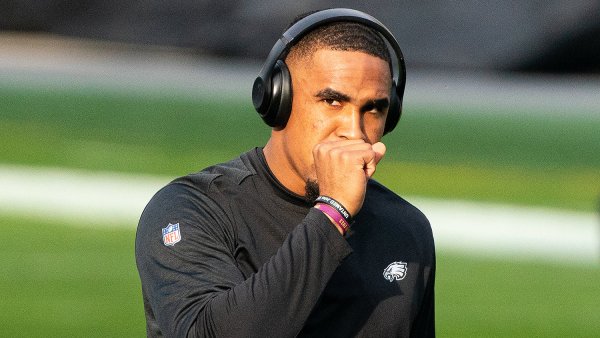 Eagles Name Jalen Hurts and 5 Others Captains for 2021 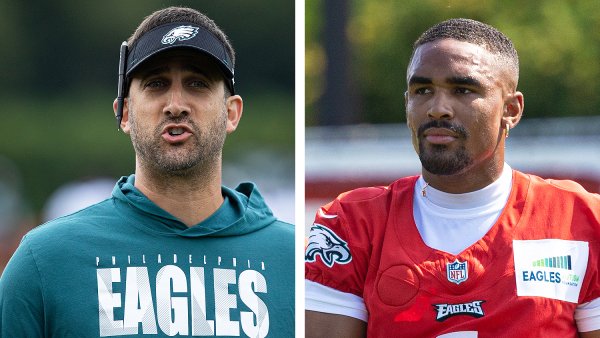 Eagles' Nick Sirianni: Jalen Hurts Has Improved Most in This Area

We all know Hurts has the ability to take off and scramble for yards but after last year, it was clear that he needed to improve as a passer. He has worked at it all offseason, but will that be enough?

Hurts has a unique opportunity this year to prove to the Eagles’ front office and coaching staff that he can be their long-term solution at quarterback. That tryout begins on Sunday.

This is the first game for Nick Sirianni and while he said he’s going to be hyperfocused on the individual game, he did admit this week that it’s going to be a special moment for him. The Eagles interviewed a bunch of coaches this offseason and Sirianni was not the most conventional hire. But the Eagles have had a knack for their unconventional hires working out.

Sirianni’s debut will come against another head coach making his debut. The Falcons hired Arthur Smith, who also interviewed with the Eagles before that final decision was made. This is the first time an Eagles rookie head coach faces another rookie head coach in an opener since 1973 when Mike McCormack coached against the St. Louis Cardinals’ Don Coryell at the Vet.

There are some built-in advantages and disadvantages for new head coaches early in the season. On one hand, they lack experience in the head chair. But there’s also a lack of game tape for opponents to study.

In that respect, the advantage clearly goes to the Eagles. Sirianni was an OC in Indianapolis but was under an offensive coach in Frank Reich, who was the primary play caller. With Tennessee, Smith was an OC under a defensive head coach so he was already the offensive play caller. And his DC is veteran coach Dean Pees, who has been a DC for nearly a decade in the league. Meanwhile, this is Jonathan Gannon’s first year as a DC and he is expected to blend some concepts from Minnesota and Indianapolis in his scheme.

DeVonta Smith won a Heisman Trophy for a reason last year but we haven’t gotten to see a ton of him with the Eagles because of a knee injury that kept him out for a significant portion of training camp. Smith played just 26 snaps in the second preseason game against the Patriots.

If you remember, the Patriots game was the one Hurts missed after going to the hospital to get checked out. So these two haven’t played in game action together since early in Smith’s college career at Alabama.

The good news is that Hurts and Smith did have plenty of time together on the practice field and in joint practices against the Pats and Jets. Those are pretty close to game-like and Smith showed off some of his skills that led to him becoming a top-10 pick.

The Eagles’ rookie receiving record is 912 yards, set by DeSean Jackson back in 2008. Smith might have a shot at it this year.

The Eagles’ biggest strengths coming into this season — no surprise — are their offensive and defensive lines. And in this game, they seem to have a decided advantage with both of those matchups.

Outside of Grady Jarrett, the Falcons don’t have a very dynamic defensive line and the Eagles’ OL should be their strength. And the Falcons’ offensive line also has a few new starters.

If the Eagles win both of these matchups, they’ll have a good shot at walking away with a win on Sunday afternoon.

The Eagles have been very good in their season openers recently, winning four of their last five and 8 of their last 10. Their 8-2 record in openers since 2011 is tied with New England for tops in the league.

Doug Pederson and Chip Kelly both won their first games as Eagles head coach. Both pretty memorable openers too.