The Flyers shut down the 22-year-old goalie for the remainder of the season because of an MCL sprain in his left knee. Given the club's slide out of the playoff race, the Flyers had been erring on the side of caution with Hart's timeline for a return.

"I know Carter wants to get back and playing with his teammates, but he still feels a little bit of discomfort," Flyers head coach Alain Vigneault said four days ago. "We've had four different doctors take a look at the MRI, they all say the same thing, that it's a mild sprain. ... We're just being a little bit cautious there, I know how badly he wants to get back at it." 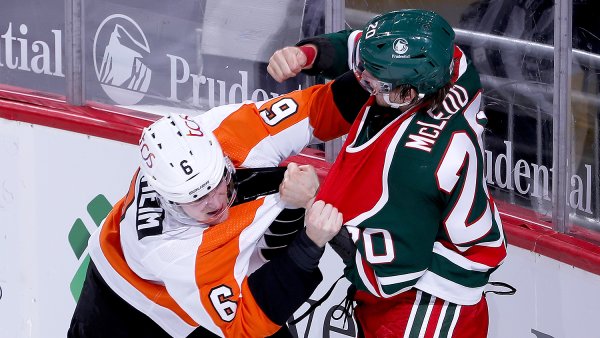 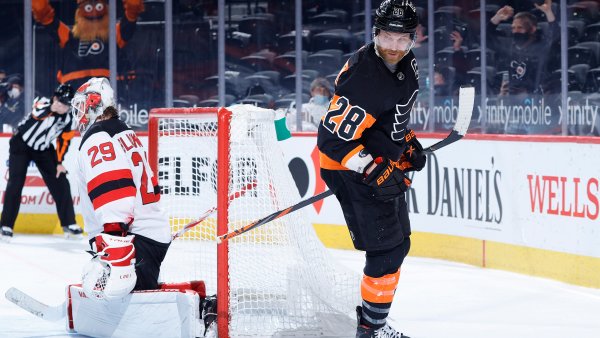 With the playoffs out of the picture, the Flyers decided Hart won't get back at it this season as the team has seven games remaining, starting with Thursday night's matchup against the Devils at the Prudential Center (7 p.m. ET/NBCSP). Alex Lyon will start in net for the Flyers.

Hart was scratched from his scheduled start on April 17. His final outing of the 2020-21 season was a good one on April 15 when he made 31 saves in the Flyers' 2-1 shootout win over the Penguins.

Hart endured a rocky season in which he finished 9-11-5 with a 3.67 goals-against average and .877 save percentage.

All of which made his struggles this season surprising, despite his young age and the challenges of playing through a crammed schedule in a pandemic. After being pulled from a game in March, Hart sounded emotionally spent.

Hart had a mini, practice-oriented reset at the end of March and into early April. In his return to the net, he played much more like himself and sounded much more like himself, as well. Hart went 1-2-2 with a 2.31 goals-against average and .910 save percentage in his five starts after the reset before being shut down Thursday.

"I just came to practice every day not pouting, just having fun with the boys and competing and battling," Hart said April 3 in his first start back from the reset. "Just showing up to work every day with my hard hat and my lunch pail."

Together, Hart and the Flyers as a whole will go into the offseason hoping for more normalcy and eyeing a rebound in 2021-22.