Just about everyone who has seen Jordan Davis this summer pretty much thinks or says the same thing: “Bleep, he’s big.”

His teammates are no exception.

“He’s huge,” veteran linebacker Kyzir White said. “I’ve never seen somebody like that. I ain’t even going to lie. Glad he’s on our side.”

Davis is 6-foot-6, 340 pounds and moves like a man who is much smaller. Just a few days into his first training camp, he’s already showing off the unique blend of size and athleticism that made him one of the top players in college football and a first-round pick.

And on Monday, as the pads went on for the first time, Davis really began to shine.

While the Eagles will be in full pads for Tuesday’s session, they wore shorts and shells to kick off the workweek on Monday. Davis began the day getting more first-team reps and then really kicked things into high gear during 1-on-1 drills between offensive and defensive linemen.

Davis, 22, is off to a strong start in his first training camp. That doesn’t happen if he’s not in shape.

NBC10's Johnny Archer sits down with legendary former Eagles head coach Dick Vermeil about his upcoming Pro Football Hall of Fame induction and his love for Philadelphia and the surrounding areas. Coach Vermeil also weighs in on the modern day Birds.

Back in the spring, one of the biggest topics of conversation around Davis was the emphasis on his conditioning. The big defensive tackle is putting in work to redefine his body. The goal is to keep his mass but also find the right playing weight and composition that will allow him to be a significant contributor in his first season.

“I think that he came to camp ready to go,” head coach Nick Sirianni said. “Our guys in the training staff and the strength staff and sports science staff have just done a great job of knowing what our guys are supposed to play at. That's something I'm always obsessed about is are you playing to the correct weight.

So that’s always going to stick in my mind. I know that's in [Vice President of Player Performance] Ted's [Rath] mind, that’s in our staff's mind as well of playing at the right weight. So, we are going to be on him about that. 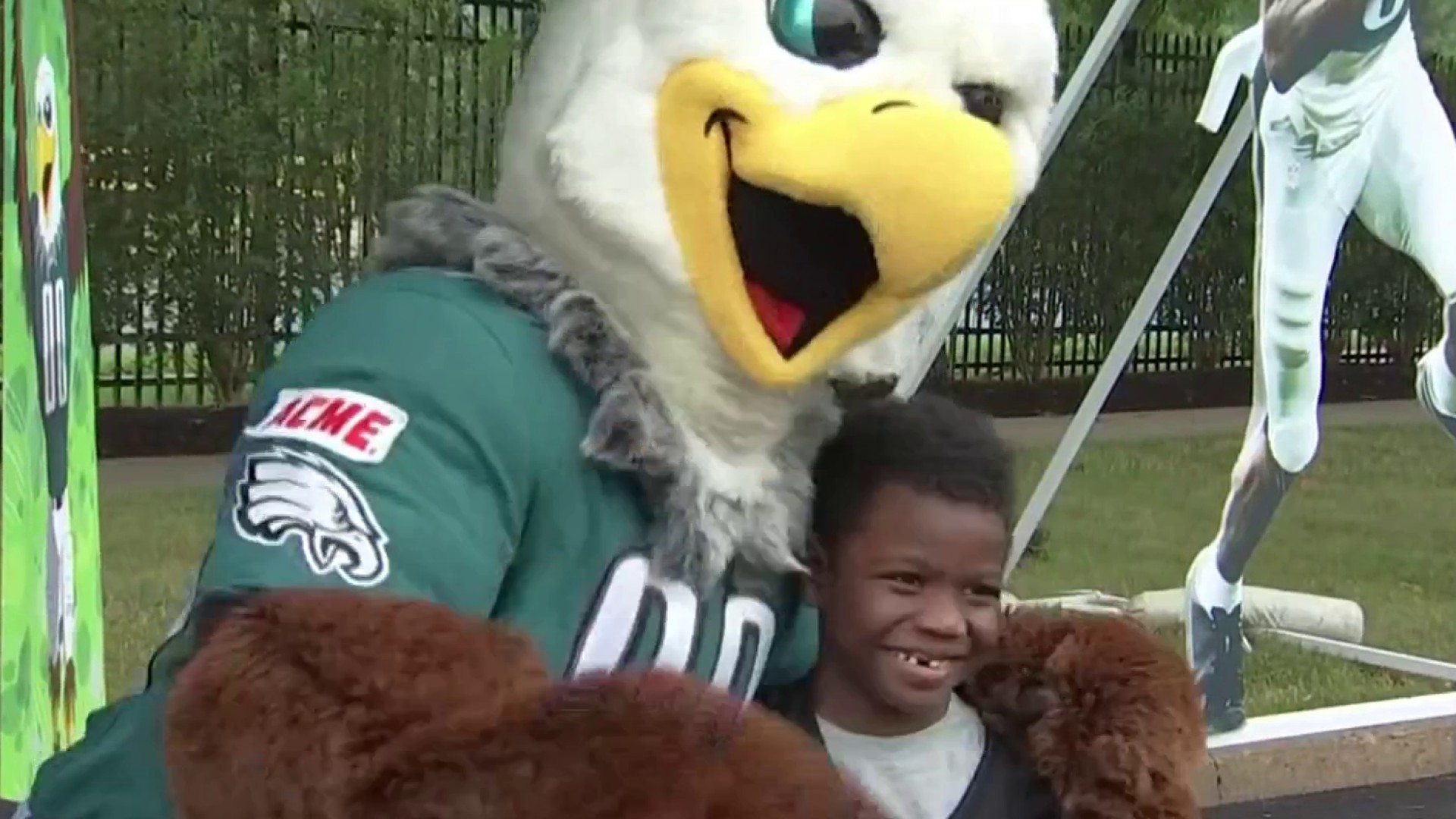 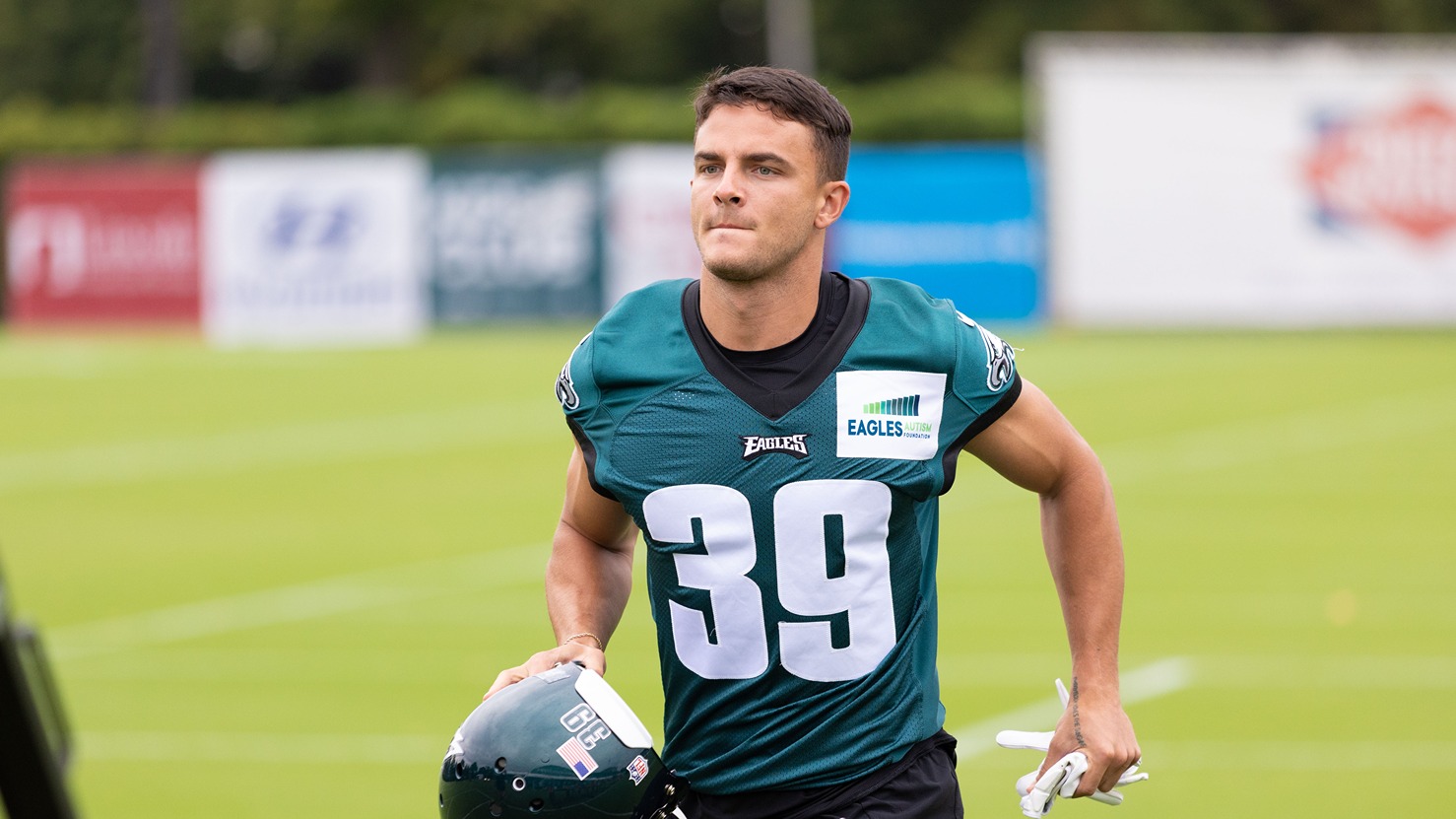 ‘Hopefully I Can Figure It Out:' Eagles Devon Allen on the Challenge He Faces

Davis on Monday said the Eagles want him at around 340 pounds and that’s where he is right now.

While Davis is known for his affable personality, he’s taking his preparation seriously in the NFL.

“As fun as he is, he’s definitely a hard worker,” said his longtime teammate Nakobe Dean. “He’s going to work hard.”

Aside from perfecting his body in the NFL, Davis is also adjusting to learning a new playbook. The good news for him is that he came from Georgia, which has an expansive defensive playbook.

The biggest adjustment for Davis is really a change in mindset. His main role for the Bulldogs was to two-gap, eat up space and blockers and stuff the run. Even in the Eagles’ 3-4 alignments, Davis is being asked to get upfield and attack more in the pros.

Davis is mainly playing the nose tackle spot in the Eagles’ defense but is learning a few other positions along the line as well. He wants to be versatile and the Eagles want that from him too.

But as much as Davis is working on his body and as hard as he’s studying, the thing that stands out most about him are his natural gifts. His size, his speed, his athleticism.

On Monday, rookie center Cam Jurgens was asked if he’s ever faced a defensive tackle as big as Davis. Surprisingly, he has.

“Yeah. There was a guy at Nebraska,” Jurgens said. “He came in close to 400 (pounds). Not quite the skills of Jordan Davis.”

Those skills are unique. And they’re fun to watch.