ATLANTA — Now that was a way to start the season.

The Eagles had a dominating performance in Nick Sirianni’s first game as head coach and rolled to a 32-6 win over the Falcons on the road.

It’s just one week against a team that probably won’t be very good … but it was still an impressive performance.

Let’s get to the report card:

It’s not a huge sample size but this was by far the best game of Hurts’ young career. That’s not to say it was perfect. There were a couple mistakes that come to mind. He escaped the pocket too early on that fourth down and his ball to Zach Ertz was under thrown down the right sideline on another play. But that’s just being nitpicky. Because Hurts was really good on Sunday against the Falcons. He was decisive and made some great throws. In particular, the touchdown throw to Dallas Goedert was about as good as it gets. And after all those questions about his accuracy, he completed 77 percent of his passes. 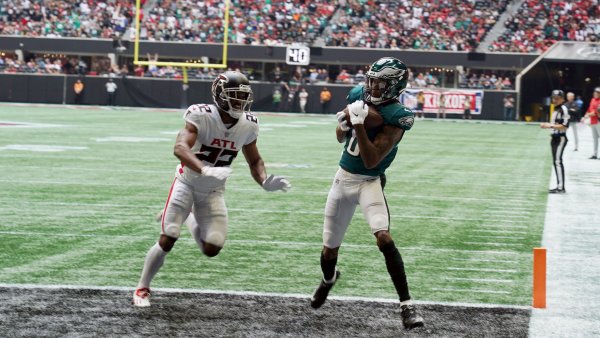 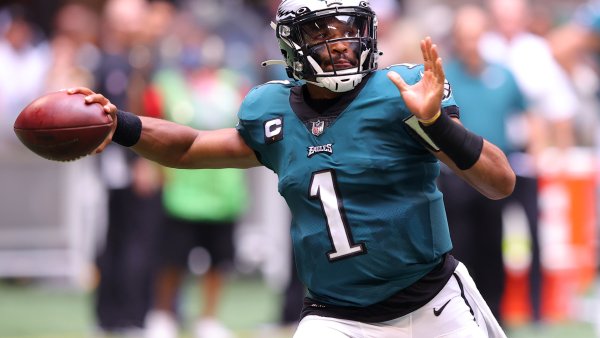 Sanders went over 100 scrimmage yards and Kenny Gainwell performed well in his role in his first NFL game. We didn’t see Boston Scott in this one but Sanders and Gainwell carried the load.

None of the numbers were crazy and because of that I thought about dropping the score here to leave room for future performances. But the receivers did what they needed to and what was asked of them. Smith had a touchdown, Reagor had a touchdown and Quez Watkins started off the game with three quick catches. There’s room for growth still but it was a very good start for this young group.

Again, the numbers weren’t eye-popping. Aside from Goedert, Zach Ertz had two catches for 34 yards and then battled through a hamstring injury. Even Jack Stoll saw some time in 13 personnel and later in 12 personnel when Ertz was out. Just a solid performance and a decent indicator that 12 personnel isn’t going anywhere.

As far as their play alone, the offensive line probably deserved an A. But there were just too many penalties for us to ignore. Seven of the Eagles’ 14 penalties were charged to the offensive line, including one that negated a touchdown. The Eagles were lucky to tack those points back on the board. The good news is that if the OL can play the way it did on Sunday and eliminate penalties, it’ll be excellent.

The only reason for the minus is because the Falcons were able to get something going in the run game early and there were a few penalties. But the Eagles’ defensive line really wore them down as the game went on. In addition to Hargrave, Hassan Ridgeway had a sack and the group combined for nine QB hits. They really got after Matt Ryan, who was also called for a couple intentional groundings because of the pressure.

I thought of the linebacker group, Alex Singleton played the best, at least upon first watch. This group in general got off to a rough start and missed some opportunities to tackle. But it’s hard to knock them to much when the entire defensive unit gives up just six points.

Calvin Ridley caught just five passes for 51 yards and Kyle Pitts had just four for 31. Give credit to the Eagles’ secondary for that. There were a few missed tackles, which dropped them down some. But overall, they did a very good job limiting a couple really special playmakers.

Jake Elliott nailed a 43-yard field goal late in the game. And Siposs was excellent. All three of his punts that were downed inside the 20 were kicked inside the 10. Cameron Johnston was very good for the Eagles but maybe they found a much cheaper and still adequate option.

When was the last time before Sunday that we saw some creativity from the Eagles’ coaching staff. I know it was just one game, but you have to come out of it feeling pretty confident in Nick Sirianni and Jonathan Gannon. The team was ready to play and, penalties aside, had a very crisp performance.