The Phillies have filled one of the most important positions in any baseball organization with Preston Mattingly.

The 34-year-old former Los Angeles Dodgers minor-league player has been hired as the Phillies' new director of player development. 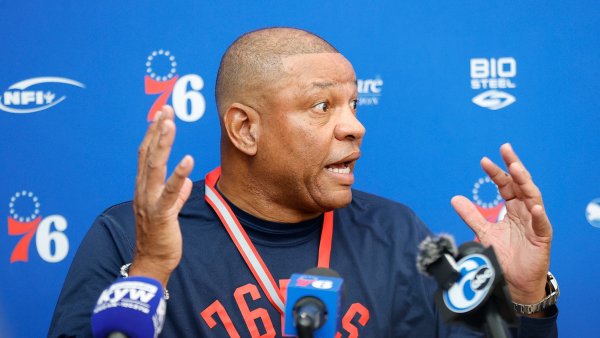 Mattingly comes to the Phillies after spending the last five years with the San Diego Padres organization. He spent the last year serving as the Padres' coordinator of major league advance scouting and game planning. Previously, he had been the club's manager of scouting.

Mattingly was a former first-round selection of the Dodgers in 2006. He played infield and outfield in the system for six seasons. He is the son of Miami Marlins manager and former New York Yankees great Don Mattingly.

The hiring of Mattingly comes five weeks after president of baseball operations Dave Dombrowski shook up the team's player development department by removing Bryan Minniti, the assistant general manager who oversaw that operation, and Josh Bonifay, the director of player development, from their roles. Chris Truby, the minor-league field coordinator, was also let go.

In announcing the changes in player development last month, Dombrowski said he thought there "weren't enough people on the same page" in the department.

"We're going to hire someone to align the department for us," he added.

Dombrowski said the ideal candidate would be one who could balance traditional player-development methods with contemporary approaches. In recent years, the Phillies have had trouble striking a balance between the two philosophies.

Mattingly has a big job ahead of him. The Phillies' minor-league system is one of the worst in baseball.

"If we're going to be the club we need to be, we need to be better at getting players over the hump and producing good players from within the system," Dombrowski said last month. "That's mandatory. I mean, you have to be able to produce your own players. We have to do a better job at getting more players to the big leagues that are good players."

Amateur scouting goes hand in hand with player development. Dombrowski, who came on board in December, has expressed confidence in second-year scouting director Brian Barber, who joined the club from the Yankees in the fall of 2019.