The Phillies fell behind in the first inning Tuesday in Seattle and Joe Girardi's night didn't last much longer. The Phils' manager was ejected in the second arguing a call at first base in a 5-4 loss to the Mariners that featured four Phillies errors.

The play that resulted in Girardi's ejection was a blown call that should have resulted in an out. With one out and a man on second base in the second inning, Adam Frazier hit a ball hard to Jean Segura's right. Segura made an impressive diving stop and threw to first accurately on one knee. Rhys Hoskins caught the ball but it was quickly dislodged by Frazier, who was ruled safe. Luis Torrens scored on the play, giving the Mariners a three-run lead. The play was not reviewable, Girardi argued vehemently and was ejected by crew chief Bill Miller.

An inning earlier, Aaron Nola's night began with a single and a double before he was victimized by bad luck on weak contact. Eugenio Suarez broke his bat hitting a soft liner to a vacated second base to score the first run. Julio Rodriguez hit a tapper up the third-base line to plate the second.

The Phillies were held hitless by Mariners left-hander/2021 Cy Young winner/world-class grunter Robbie Ray until Nick Castellanos opened the fifth inning with a solo homer to left, his fifth of the year. They scored again in the fifth when Segura manufactured a run by walking, advancing to second on a flyball, then advancing two more bags on a pair of wild pitches by Ray. Segura had another great night, later homering in the ninth inning to bring the Phillies within a run. 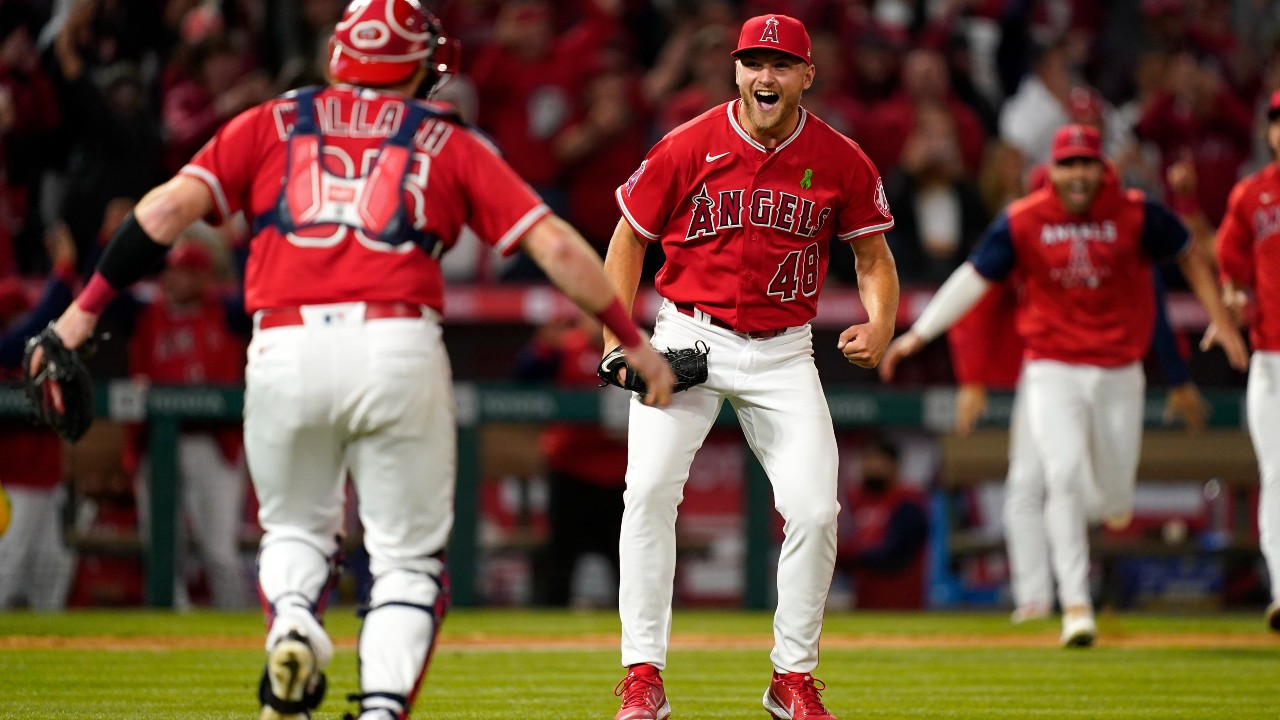 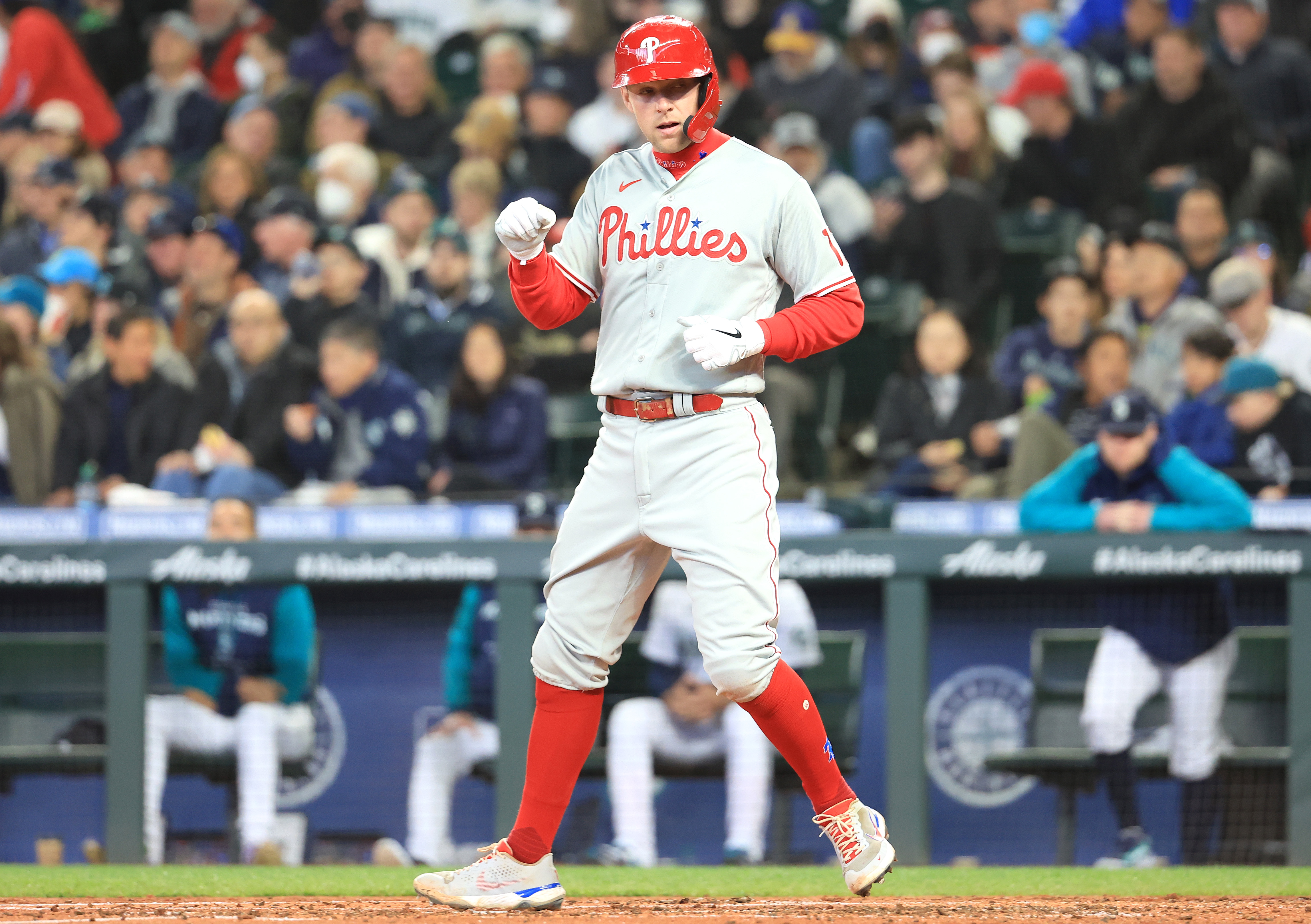 Down a run in the sixth, the Phils chased Ray and had an opportunity to tie the game after Bryce Harper doubled and stole third and Castellanos walked. J.T. Realmuto, a .247 hitter in four seasons as a Phillie with two outs and a runner in scoring position, tapped out softly to the mound to end the threat.

The Mariners tacked on two more runs against Nola in the sixth inning, which was just enough. Hoskins hit a solo homer in the seventh and Segura went deep for the third time in as many days in the ninth but the Phillies fell just short.

They are 13-17 going into the series finale Wednesday at 3:40 p.m. Left-hander Bailey Falter is making a spot start in place of Zack Wheeler, who is on the Covid injured list and is not currently with the team out west. Logan Gilbert (4-0, 1.36) goes for the Mariners.