Phillies Could Continue to Face COVID Issues Due to Vaccine Holdouts

The Phillies were unquestionably at a competitive disadvantage Sunday in Boston, one brought on by their failure to reach the 85 percent COVID vaccination threshold. MLB loosens restrictions for teams that reach that mark and 23 clubs already have.

The Phillies are one of the other seven, and on Sunday they lost Aaron Nola, Bailey Falter and Connor Brogdon to contact tracing after Alec Bohm tested positive the prior afternoon.

The Phils improbably won the game, 5-4, but if they fail to reach the threshold, it could happen again in the second half.

There is skepticism of the vaccine among some Phillies players, which you can hear even from a few who have received their dose. Hector Neris spoke in early April about not wanting the shot, and on June 30, Brandon Kintzler made comments about himself and two other Phillies that resurfaced this weekend.

"I think it was kind of like, really after the vaccine, my body just shut down," Kintzler said two weeks ago. "I was f----d up for a while.

"I don't know, it knocks you out really bad that night and then we had a game, I pitched two innings and my body was just ... I think everyone should recover for a week from that thing. Archie (Bradley) strained his oblique after it, (Matt) Joyce had back problems. There's gotta be some science behind it." 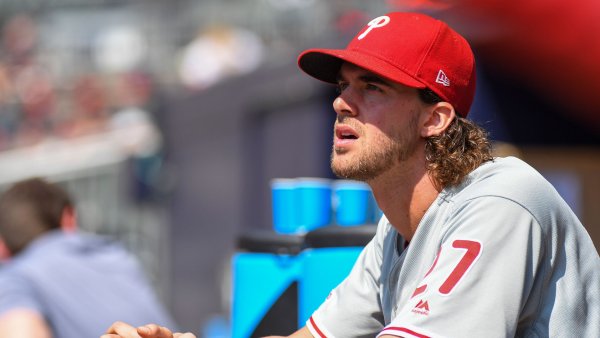 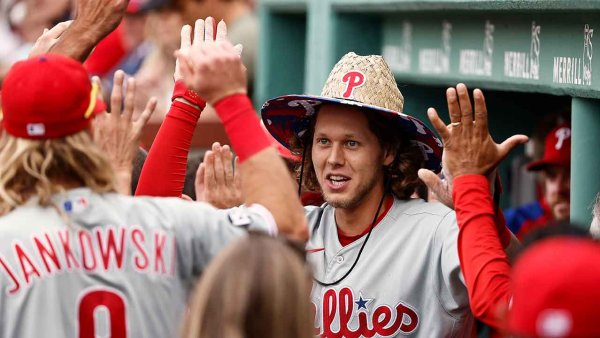 Kintzler, who was vaccinated the second week of the season, chuckled after the last line, a sign that he may have been loosely speculating rather than actually arguing the vaccine can cause injuries.

Either way, that line of thinking does not reflect well on the Phillies if it's shared by others in the clubhouse, nor do the events of this weekend when 77 percent of the league is already past this.

The Phillies knew Saturday night they had a problem. Bohm tested positive after playing seven innings, a game in which Falter and Brogdon also appeared. Nola spent the afternoon in the dugout awaiting his start the next day. Vaccinated players are not subject to MLB's contact tracing, an indication that the three pitchers are unvaccinated.

Even after this episode, manager Joe Girardi (who is vaccinated) doesn't think Phillies on-field personnel opposed to the vaccine will be convinced to get it.

"I doubt it," Girardi told reporters in Boston, including the Inquirer. "Because I think it's their beliefs, which is OK. People's beliefs are their beliefs. We all have the ability to have our own beliefs."

Some may and some have faulted Girardi for this, but these are grown men making their own decisions and nothing has been mandated by MLB or by the Phillies.

The result is a team that probably needs every edge available to win its division and end a nine-year playoff drought going into the second half not knowing when it might lose another handful of players.