Nick Castellanos sat at his locker late Thursday night, his right wrist wrapped in a bandage, a souvenir of his getting hit by a pitch in the sixth inning.N

Castellanos escaped injury – “The X-ray was clean,” he said – but he, his Phillies teammates and 24,040 in attendance at Citizens Bank Park did not escape insult.

“It sucks, man,” he said. “There’s no way around it. It sucks. Baseball sucks sometimes. Tonight sucked.”

It was impossible to disagree with the straight-shooting Castellanos. Moments earlier, the Phillies had done something they hadn’t done since May 10, 1994 in Atlanta. On a night when they got tremendous starting pitching from Aaron Nola and loads of offense, they blew a six-run lead in the ninth inning and ended up with an 8-7 loss to the New York Mets that could melt your eyeballs if you stared at it long enough.

At first blush, it looked like the worst loss of Joe Girardi’s time with the Phillies.

Afterward, he confirmed such.

“That was about as hard as I’ve been through,” the shellshocked manager said. “Probably one of the toughest since I’ve been here. We played a really good eight innings and in the top of the ninth, they beat us.” 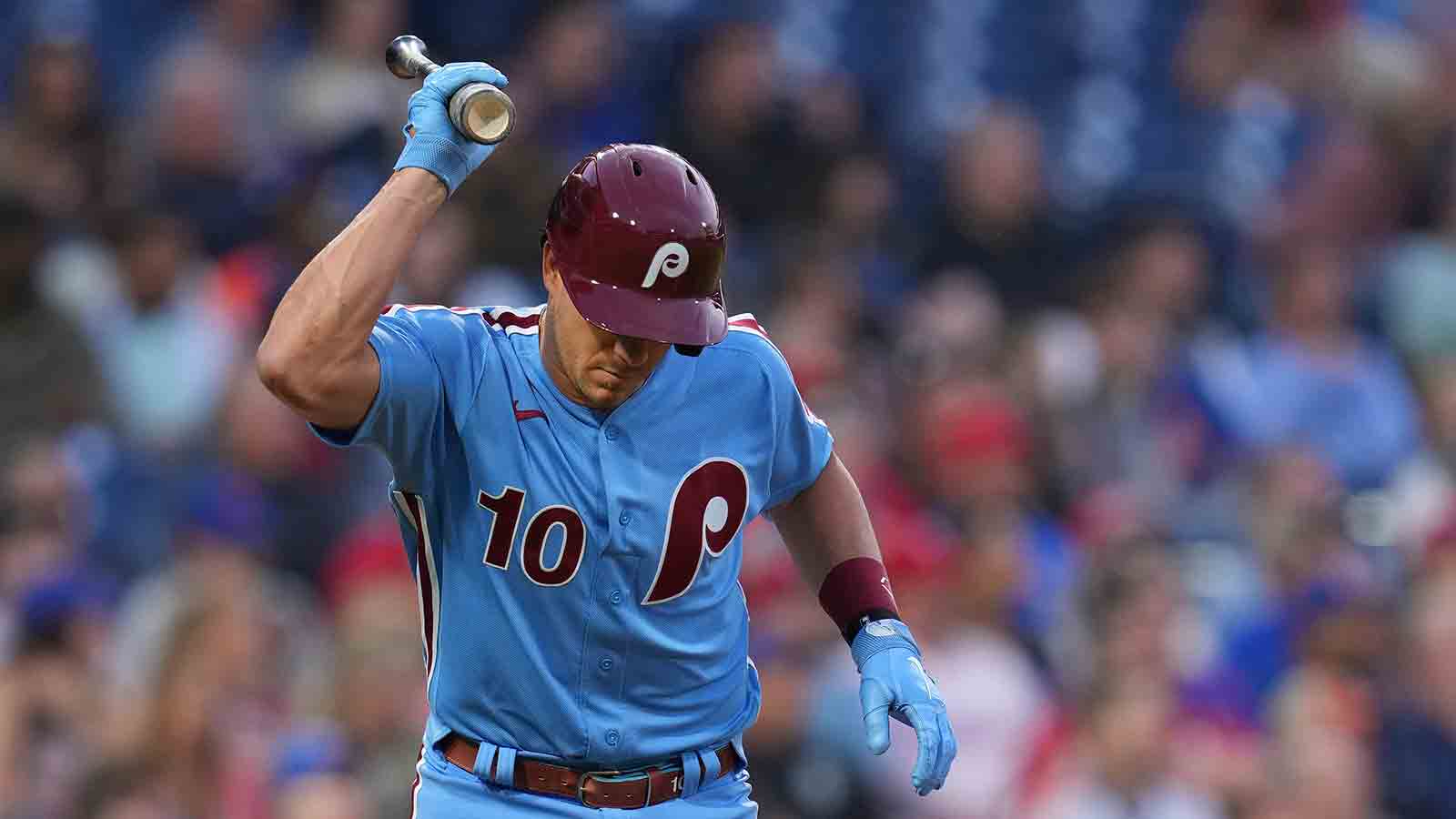 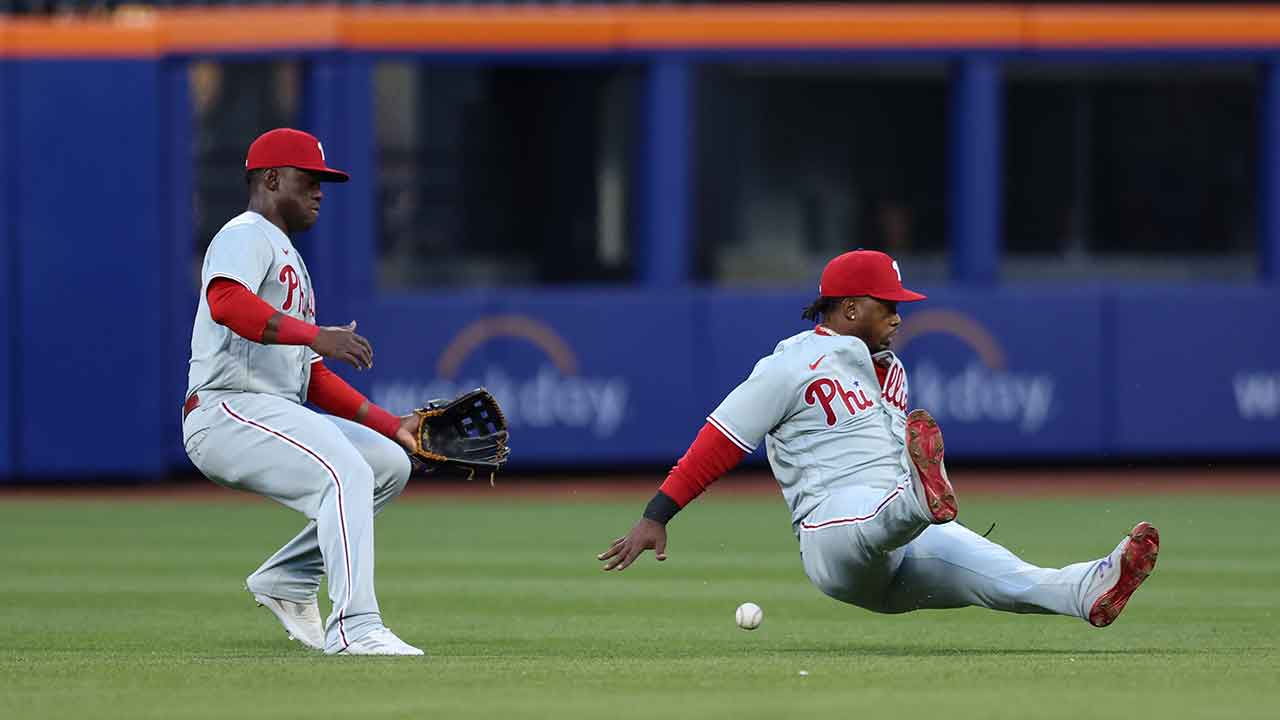 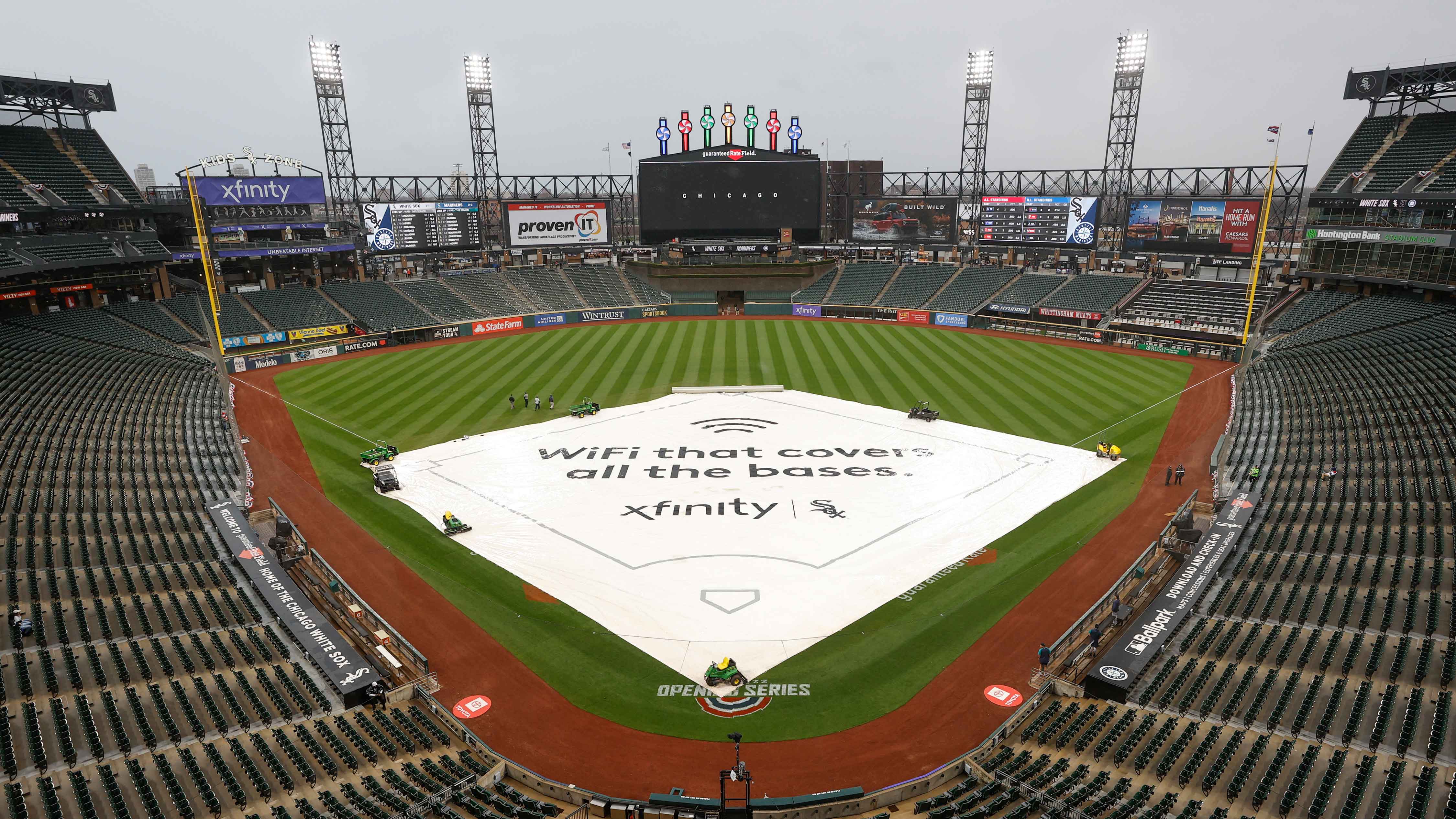 How Long Is an ‘Official Game' in Major League Baseball?

The Mets didn’t just beat the Phillies for the fifth time in seven meetings this season.

They ripped their hearts out and danced around them.

With a 7-1 lead in the top of the ninth inning, Girardi gave the ball to reliever James Norwood. The crowd was ready for a 1-2-3 inning, a few high fives, a Harry Kalas singalong and the ride home.

Then Starling Marte reached on an infield hit.

Then Norwood allowed a two-run homer to Francisco Lindor.

Then two more hits sandwiched around the first out of the inning.

With the Mets still stirring, Girardi was forced to go to his closer, Corey Knebel. The disaster continued to mushroom. Mark Canha hit a would-be groundout off Knebel’s shin for an infield hit and a run, making it a three-run game.

Knebel then struck out Dom Smith for the second out.

But the disaster continued. Pinch-hitter J.D. Davis doubled in a run. Brandon Nimmo singled home two to tie the game and Marte completed the assault with a double to put the Mets ahead.

The stunning comeback left the star-kissed Mets at 19-9. They had 11 hits in the game and eight of them came in the ninth inning.

The stunning collapse left the star-crossed Phillies at 11-15, seven games behind the NL East-leading Mets in the NL East. The Phillies’ fourth straight loss will surely turn up the temperature of Girardi’s seat, but he did not lose this one.

“Piss poor,” said Knebel, who was brought in on a one-year, $10-million contract to take the adventure out of the ninth inning. “This should not have happened. Our offense did the job. Nola had an awesome outing. This game is on me. Six-run lead going into the ninth inning – can’t happen.”

Knebel, previously 4 for 4 in saves chances this season, believed he would have gotten out of the inning with the lead if Canha’s ball did not hit him in the leg. If it had gone through, second baseman Jean Segura was positioned to make a play. Knebel struck out the next hitter.

“If the ball doesn’t hit me, we win,” he said. “(Bleep) happens. That’s how the game works sometimes. This is definitely a tough one.”

Castellanos and Bryce Harper both homered as the Phils pounded out 12 hits and built a 7-0 lead for Nola, who pitched seven innings of one-run ball.

In less than a week, the Phillies have now been no-hit by the Mets and blown a six-run, ninth-inning lead to the Mets.

It’s not exactly comforting to think the Mets are here for three more days, starting Friday night when they will send three-time Cy Young winner Max Scherzer to the mound.

“It sucks,” said Kyle Schwarber, spouting the word of the day. “But what are we going to do? It’s over with. Move on to tomorrow.

“We want to win the game, but it’s like when we got no-hit. It’s just a loss. We’ve got to move on to the next day. We can’t be deflated by this. We can’t be down. Get some sleep and come back tomorrow. We’ve got three more against these guys and we still have a chance to win the series.”