The Phillies get back to work Friday afternoon, looking to quickly rekindle the hot streak they rode into the All-Star break.

Manager Joe Girardi will use lefty Matt Moore and right-hander Zach Eflin as his starting pitchers in a doubleheader against the Miami Marlins at Citizens Bank Park.

The Marlins will use right-hander Sandy Alcantara as their starter in Game 1, which starts at 4:05 p.m. The Marlins have not announced a starter for Game 2. 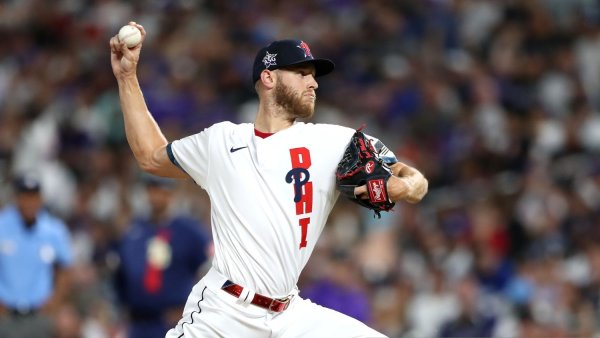 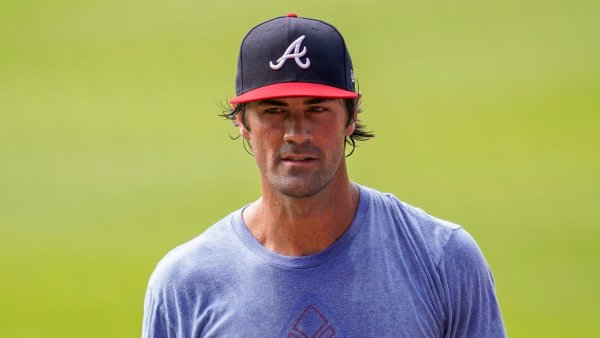 Aaron Nola, who was scratched from his start Sunday in Boston, remains in COVID protocol and will not pitch in the series against Miami. Third baseman Alec Bohm will also miss the series. Girardi will update the status of both players on Friday.

The Phillies come back from the All-Star break sitting at 44-44, second place in the NL East, 3 ½ games behind the New York Mets.

This is a pivotal time for the Phillies. Twelve of their next 14 games are at home, where they are 24-16. All 12 home games are against NL East rivals, Miami, Atlanta and Washington. The two other games are against the New York Yankees in the Bronx.

The 14-game stretch will take the Phillies to the eve of the trade deadline. The team has signaled that it will look to add pitching before the deadline, but that approach could change if the team stumbles over the next two weeks. The Phillies are one of many teams that will send a scout to peek in on free agent Cole Hamels’ workout Friday in Texas.

If the last couple of weeks are any indication, the Phils will hang around in this race. They went into the All-Star break playing their best ball of the season. They’ve won eight of their last 12 and the lineup is finally healthy and clicking as a unit.

Over the first 10 games in July, the Phillies led the majors with 6.9 runs per game. They were second in extra-base hits (42) and tied for first in homers (20). They’ve needed that offense because the team ERA over that span is 5.16. But look at the bright side, they’ve only blown one save in the last 12 games and they came back to win that contest in extra innings.

The Phillies, who have a top five payroll at over $200 million, have not had a winning season or been to the playoffs since 2011 and there is great urgency to snap both droughts this season.

In addition to playing their best ball at an important time, the Phils have something else going for them: The friendliest second-half schedule in the majors.

According to SportRadar, the teams that remain on the Phillies’ schedule have a combined .461 winning percentage.

According to SportRadar, the Phils played the fourth-toughest schedule in the majors before the break. Their opponents had a combined .524 winning percentage.

Of course, none of this will mean anything if the Phillies don’t play well. This is still the major leagues and you can’t just throw the gloves on the field and win. Defense and the bullpen have been major issues for the Phillies and there’s also the reality of COVID, which affected the team’s personnel but did not cost them a win Sunday.

These Phillies remain a fragile mix, a flawed team in a division full of flawed teams. But someone is going to win the division and the Phillies are right in the thick of it all as they get back to work Friday afternoon.