Colts quarterback Philip Rivers is retiring from football after 17 years, leaving Frank Reich without a quarterback.

And opening up a logical landing spot for Carson Wentz.

"It's just time," the 39-year-old Rivers told Kevin Acee of the Union-Tribune newspaper in San Diego, where he spent the first 13 years of his career before the franchise moved to Los Angeles.

Exactly what this means for the Eagles is unknown — they don't even have a head coach yet — but it certainly gives Wentz a likely new home if the Eagles do decide to trade him.

Wentz was an MVP candidate through 13 games before he got hurt during the 2017 Super Bowl season, when Reich was the Eagles' offensive coordinator, and although he played well in 2018 and 2019, he hasn't played at that Pro Bowl level since Reich became the Colts' head coach after the Eagles won the Super Bowl. 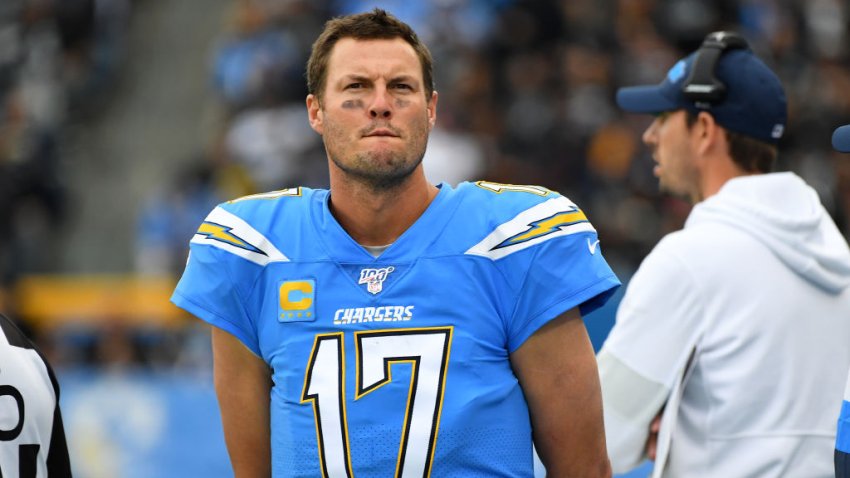 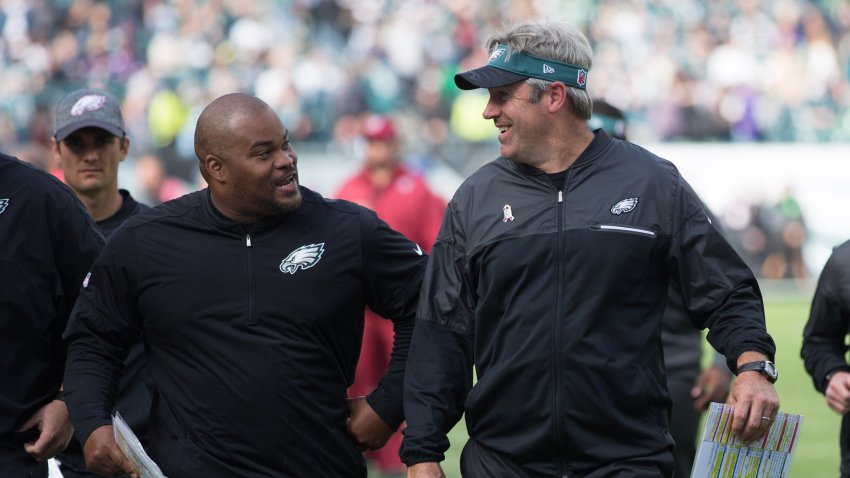 Although Eagles owner Jeff Lurie indicated last week when he fired Doug Pederson that he expects Wentz to return to the Eagles in 2021 — "It behooves us as a team with a new coach, a new coaching staff, to be able to really get him back to that elite (level)" — a concrete offer from the QB-desperate Colts for Wentz could certainly change that.

The only quarterback the Colts have under contract is Jacob Eason, a rookie 4th-round pick out of Washington who has never played a snap. The Colts currently have the 21st pick in the draft.

Rivers' backup, 28-year-old Jacoby Brissett is 12-20 in 32 career starts and is scheduled to become a free agent.

NFL Network's Ian Rapoport reported earlier this month that Indianapolis is a "preferred spot" for the 28-year-old Wentz.

But even if the Colts want Wentz, it's not a slam-dunk that the Eagles would unload him.

According to a report on Saturday by NFL Network's Mike Garafolo, the Eagles during their coaching search are favoring head coaching candidates who prefer to work with Wentz over those who believe the Eagles should move forward with Jalen Hurts, who started the last four games of the season after Pederson benched Wentz.

So it's possible the Eagles will be more apt to trade Hurts than Wentz once trades are allowed in March.

If the Eagles do ship Wentz, he would carry a huge amount of dead money under the salary cap — just under $34 million — but he'd cost a little more if they keep him, about $34½ million.

If Wentz really is truly desperate to get out of Philly — and we haven't heard from him since after the Packers game on Dec. 6 — he could help facilitate a trade by agreeing to a contract restructure that would make the Eagles' cap hit more palatable.

The other part of the equation is compensation. It's hard to get a sense of Wentz's trade value considering how bad he was this past season. But if the Eagles organizationally decide they have to get rid of Wentz even after jettisoning Pederson, the compensation may not be as important as simply starting over without him.

Lurie spoke of Wentz as a "talent and an asset" during his presser on Jan. 11 after firing Pederson, so shipping Wentz is clearly on his mind to some extent.

The 22-year-old Hurts, a 2nd-round pick last year, had some good moments and some bad moments in his month as the Eagles' starter, probably not enough good moments for the Eagles to be confident that he could be the long-term answer at quarterback if they do unload Wentz.

Hurts and Wentz are the Eagles' only quarterbacks under contract. They have the sixth pick in the draft but the top QBs in this year's draft — Trevor Lawrence, Justin Fields and Zach Wilson — will presumably be gone by No. 6.

It would be just like the Eagles to trade Wentz and then draft Trey Lance, another North Dakota State quarterback. But now we're getting ahead of ourselves.

Reich was Rivers' position coach with the Chargers in 2013 and offensive coordinator in 2014 and 2015 before joining Doug Pederson's Eagles staff. Rivers rejoined Reich in Indianapolis this past year.