Just as Doug Pederson was asked if he had made a decision about which quarterback he was planning to start next week in Arizona, the Eagles’ Zoom feed froze.

Pederson, having heard the question, remained a frozen virtual statue for the reporters who eagerly awaited his answer.

Because, ultimately, we all knew what he was going to say. When his internet connection finally stabilized, Pederson told the world that he’s sticking with Jalen Hurts, the guy who stabilized the Eagles’ offense in a 24-21 win on Sunday. 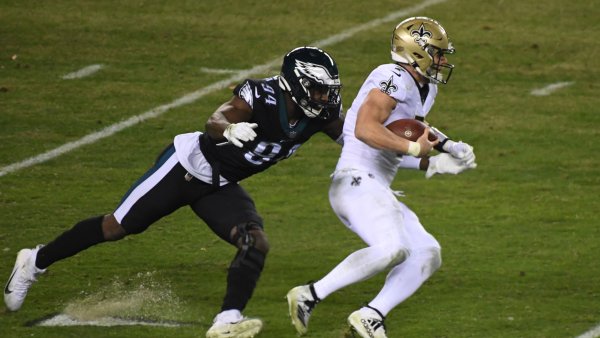 What Grades do the Eagles Get for Big Win Over Saints? 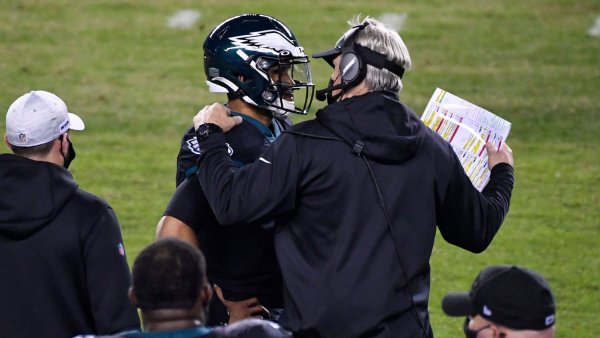 “After going through the film and really looking back even to last week and the preparation and everything, I’m going to continue with Jalen this week as the starter,” Pederson said.

It was the only logical answer. No, Hurts wasn’t perfect on Sunday against the Saints, but he was good. He was efficient. And there was simply no denying the spark he provided to an Eagles’ offense that had looked completely disjointed with Carson Wentz at quarterback for most of the first 12 weeks.

And on Monday, Pederson finally began to praise Hurts a little more for his impressive first NFL start. As of Sunday night, Pederson tried to keep his praise for Hurts very mild, but he clearly went overboard.

On Monday, he was asked about why he chose his words about Hurts so carefully. Did it have something to do with Wentz?

“But there were a lot of other great individual performances by both sides of the ball. I think of Miles Sanders, I think of Josh Sweat and Javon Hargrave and Fletcher Cox had a big game, big sack. We had two defensive takeaways in the game. So there were a lot of positives coming out of the football game and I didn’t just want to say, hey, it was all about one guy. You guys know me and my answers. I’ve always been about the team and, really, that was a team win yesterday.”

Yes, these are tricky waters for a head coach to navigate. Wentz has the contract, but Hurts clearly deserves the chance to build on a very positive first NFL start. And Wentz was there yesterday; he saw the same stuff we did.

Maybe Pederson just hadn’t had the chance yet on Sunday night to inform both quarterbacks of his decision and that’s why he wouldn’t announce it. But they knew as well as we did that Hurts was going to start. For all the effort, there wasn’t much suspense.