All Passing Grades After Eagles' Tight Win Over Washington

LANDOVER, Md. — The Eagles knew they had a chance to punch their ticket to the postseason on Sunday but they had to take care of business first.

The Eagles got off to another slow start but beat Washington, 20-16, to ensure a winning record in 2021.

Let’s get to the grades:

Statistically speaking, it wasn’t a dynamic game from Hurts. But it was a truly gutty performance and he made plays when the Eagles needed him to make them with his arm and his legs. He protected the football and even though he didn’t throw a touchdown or run for one, he played well on Sunday.

Scott and Jordan Howard averaged under 3.0 yards per carry in this game but Scott still had a big performance as a runner and a receiver. Howard played in this game but didn’t seem like himself as he deals with a stinger. The Eagles didn’t have the same type of rushing performance we’ve seen from them over the last couple months, but the backs still got the job done for the most part. 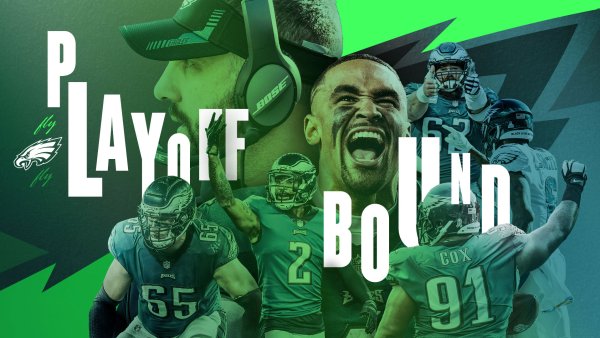 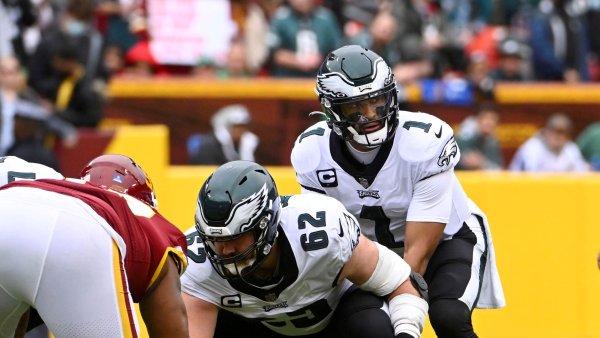 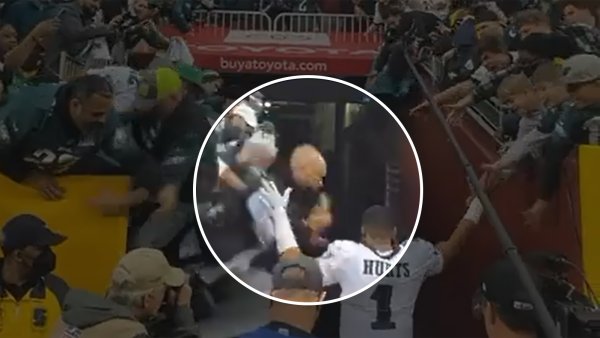 Smith led the way and Greg Ward had a huge catch on 3rd down but the Eagles didn’t get much from their other wideouts. Jalen Reagor didn’t have a catch and Quez Watkins had just 2 for 15.

Goedert had a productive afternoon and the Eagles also utilized 12 and 13 personnel in this one with Jack Stoll and Tyree Jackson. Those personnel packages have become more popular for the Birds in recent weeks.

No, the Eagles weren’t able to run all over Washington like they did a couple weeks ago. In fact, the Eagles finished with under 130 rushing yards for the first time since mid-October. But the OL kept Hurts clean in this one.

READ: Roob's observations after the win

In recent Weeks, Sweat has really turned it on. He had a monster game on Sunday afternoon. And while the Eagles’ DL might have gotten off to a slow start, they really began to dominate later in this game. Milton Williams also had a good afternoon.

Edwards continues to be the Eagles’ most productive linebacker. Alex Singleton seemed to get taken advantage of a little bit in the passing game. Genard Avery had a huge sack but he also negated his own interception with a penalty.

McLeod made the play of the game late in the fourth quarter with a diving effort on a game-sealing interception. Slay had another strong game. So did Avonte Maddox, who was called for a bogus DPI but made the next two plays on a huge defensive stop.

Elliott was perfect and those points really mattered. Special teams coordinator Michael Clay likes to call kicks in the 40s their money kicks and Elliott hit from 42 and 41 in the fourth quarter to give the Eagles a lead and to push it to four points. And then Arryn Siposs had just two punts but downed both inside the 20.

I really didn’t like the sequence late in the first half when the Eagles mismanaged the game and the clock to help Washington kick a field goal. And there were some other mistakes along the way, but the team had another comeback win and that credit belongs to the coaches too.