It hasn't been a great year for Carson Wentz or the Eagles, but heading into Week 10 the Birds are atop the NFC East and getting healthy with half the season left to play. You could be in worse situations.

Yet, despite a two-game winning streak, the criticism isn't stopping for Wentz and the organization overall.

On Thursday, The Athletic took a look at its quarterback tier rankings, and the coaches, coordinators, and execs who weighed in on each player weren't afraid to make their evaluation blunt.

Here's one particularly pointed comment from an unnamed offensive coordinator:

“[Wentz] needs to hit rock bottom because his decision making is just atrocious. He doesn’t know when to say when. Everything is trying to extend the play like it’s the last play of the game every play. They have all these coaches, all these analytics guys, but there isn’t anybody holding him accountable. He is not afraid of anybody and he’s not accountable enough and they probably think he is, but the results don’t say that, which is hard.”

Jeez. It seems this ugly half-season has really damaged how the Eagles' franchise QB, and the team's coaching staff, are viewed around the league.

Doug Pederson Hasn't Told Brett Favre to Be Quiet Yet 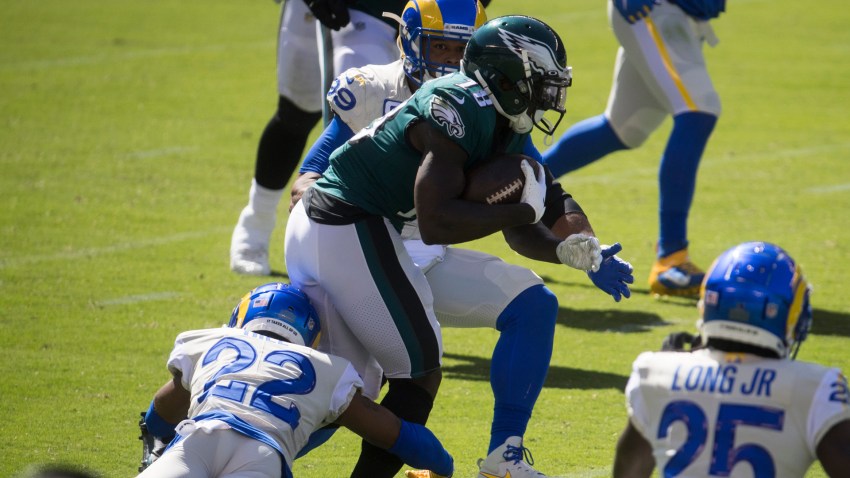 Five Eagles Predictions for the Second Half of the Season

It's hard to blame the coordinator for his evaluation, though. The fact that someone who works for another team is saying all the same things that fans and reporters here in Philly are saying is certainly reassuring. It's not just because we watch Wentz every week and expect more from him: the guy just isn't the same.

And the criticism of Wentz's environment, particularly among his coaches, echoes sentiments that have been floating around for some time. Wentz's long-term deal was his assurance that he's the franchise quarterback - but is he maybe too comfortable? Because he certainly hasn't improved over time the way elite quarterbacks normally improve by Year 5.

Wentz and the Eagles have eight games to turn the ship around, at least somewhat, and then a likely playoff run. This feels a huge stretch for Wentz's future in Philly, because foundational cracks are starting to show.