Is the NFC East Leaving the Eagles Behind?

Is the NFC East leaving the Eagles behind? originally appeared on NBC Sports Philadelphia

When the season began, the Eagles were the only team in the NFC East that appeared settled.

They had an elite quarterback and a Super Bowl-winning head coach and were coming off three straight playoff seasons.

The Giants had a second-year quarterback coming off a 3-9 season and a rookie head coach.

Washington had a second-year QB coming off a 2-5 season and a new head coach.

The Cowboys had an established quarterback in a contract impasse and a new head coach.

This was going to be easy.

The rest of the division was in disarray, so it made sense to think the Eagles were going to run away with the NFC East. 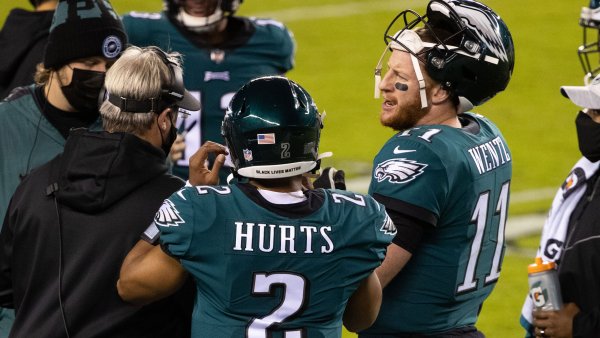 Doug Pederson Hasn't Made Decision on Starting QB, But Will Make It Alone 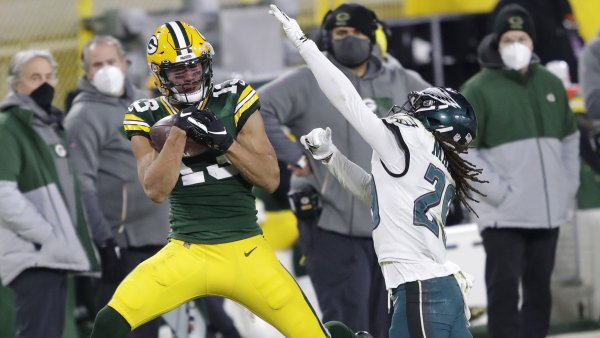 Even when the Eagles started struggling, everybody else did too, so you figured the Eagles were best equipped to fight their way out of it.

The Super Bowl head coach would wake up. The elite quarterback would snap out of it.

And while the Eagles were bumbling around waiting for things to change, Washington and the Giants actually did something about it.

The Giants went into Seattle Sunday and beat the heavily favored Seahawks. They’ve won four in a row and five of seven since an 0-5 start.

Washington went into Pittsburgh Monday and beat the heavily favored and unbeaten Steelers. They’ve won three in a row and four of their last six since a 1-5 start.

Washington and the Giants are both 5-7 now.

They both look fast, tough and confident. Young teams learning under bright, energetic coaches and improving each week.

The Eagles, meanwhile, lost their fourth in a row Sunday, falling to 3-8-1.

The team with the elite QB and the Super Bowl head coach has seemingly been left by the wayside.

And the Giants and Washington - with first-year coaches and unheralded quarterbacks – look like they've found themselves.

The one thing the Eagles could lean on all year – “If we just steal a couple games we can win the division and make the playoffs” – is slipping away.

And the huge edge the Eagles believed they had with an elite quarterback and a Super Bowl coach is slipping away as well.

Doug Pederson is having a miserable year that’s put his job on the line, and Carson Wentz has been so bad he got benched.

Maybe it’s too early to say it definitively, but it sure looks like the Giants and Washington have become the class of the NFC East, and they’ve gotten there in the first year of a rebuilding program.

It’s one thing to have a down year. It’s another thing entirely to watch your two closest geographical rivals, teams you have to play twice a year, surge past you with rosters full of talented young playmakers and coaches that clearly know how to teach and get the most out of their players.

He watched all three of the Eagles’ division rivals change coaches, and who knows what’s up with the Cowboys, but two of those changes are paying immediate dividends.

So it’s no longer whether the Eagles can hang on and back their way into the NFC East title and a hollow playoff berth.

That’s not happening. If either the Giants or Washington wins one more game this year, the Eagles would have to go 3-1 to win the NFC East.

So now it’s about what changes must be made so the Eagles can turn things around next year the same way the Giants and Washington seem to be starting to do now.

I never thought it would come to the point where the Eagles need to learn from the Giants and Washington, but that’s where we’re at.

This isn’t going to fix itself.