Nick Sirianni has a personality, and that's a good thing originally appeared on NBC Sports Philadelphia

There was the nervous (petrified?) Nick, who met with the media soon after getting hired. And on Wednesday there was Nick channeling his inner Dan Campbell, answering questions 200 miles-per-hour, the words pouring out of him so fast it all seemed like one long word:

He got fired up answering the most mundane questions. He exploded with joy talking about slot receivers like he just found out he won the lottery. He nearly toppled over a TV camera explaining why he played Rock, Paper, Scissors with draft prospects. At one point he was so into it he started answering a question he wasn’t asked, comparing the process of preparing for the draft with preparing for an opponent. 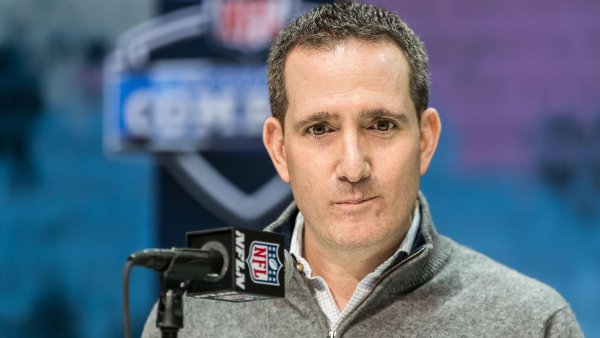 ‘Flexibility Creates Opportunity': Eagles GM Explains Trade Down From 6 to 12 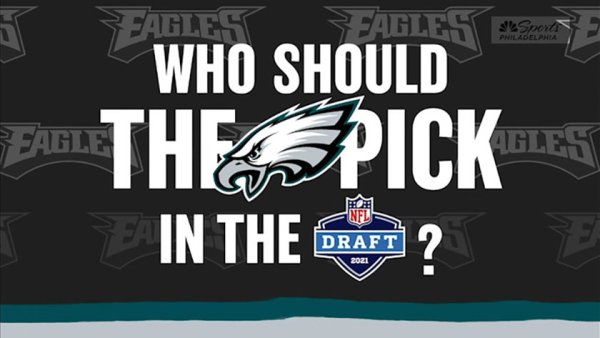 Who Should the Eagles Select in the NFL Draft? Compare the Stats

While GM Howie Roseman answered questions with all his usual excitement of an actuary reading valuations off a balance sheet and VP of player personnel Andy Weidl spoke blandly about how “time will tell” how good this defensive line class is, there’s Sirianni just about jumping out of his seat at the opportunity to talk ball.

And his players will like it. Because it’s real. This isn’t an act. It’s who he is.

The only thing NFL players – or any athletes – want in a coach is someone who knows his stuff and someone who’s genuine. And no matter how fast Sirianni talks, it’s pretty clear he checks both those boxes.

I want passion. I want energy. I want a guy who gives a damn. I want a guy nearly knocking the table over because he’s so darn hyped up talking about blitz pickups or curl routes.

Doug Pederson had a certain way of doing things and it worked for him. He was painfully guarded in news conferences and never let his true personality show, but he sure did in front of his players, and they responded.

I know the natural impulse of a lot of Eagles fans is to roll your eyes at Sirianni and the way he came across. Considering the way last year went, it’s very easy to doubt everything this football team does, including hiring a head coach that nobody else wanted who carries on about playing Rock, Paper, Scissors with draft prospects.

But I don’t know how you watch Sirianni Wednesday and not think, “Hey, let’s give this guy a chance. This might work!”

Last year was such a dismal, lifeless season around here, why wouldn’t you appreciate a young, motivated, energized coach who loves football so much he transforms a humdrum pre-draft media Zoom call into a supercharged, caffeinated Vaudeville show?

I don’t know how many games the Eagles will win under Sirianni. I don’t know if he’ll ever get this franchise back to the Super Bowl. But I do know that there’s no such thing as being too fired up for this job. Sirianni is only 39, but he’s been coaching for 18 years, so you don’t worry about the X’s and O’s. So it comes down to having players – and that’s up to Wiedl and Roseman – and then motivating players, which is up to Sirianni.

I see a guy who loves football and loves coaching so much he can’t contain himself, and I’m not sure that was the case with Pederson last year.

And the biggest thing I’ve learned is that you have to be yourself or you don’t stand a chance. If you don’t, pro athletes will see right through you if and they’ll lose interest in a hurry.

Energy, enthusiasm and passion are huge in this business. And exactly what this franchise needs.