NBA Free Agency: Dwight Howard Signs With Sixers After Tweeting About Return to the Lakers

The Sixers entered the beginning of free agency on Friday night hoping to sign a backup center. 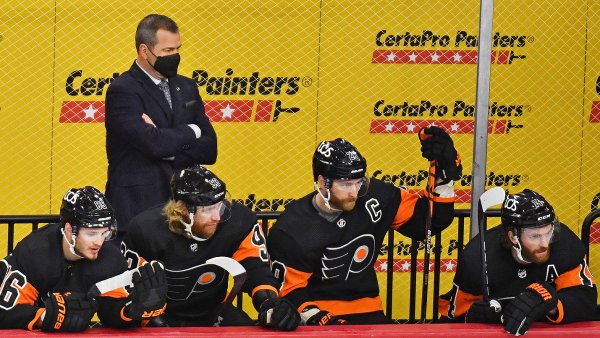 A number of big men signed deals Friday, and for a moment it seemed Dwight Howard was one of them when he announced on his own Twitter account his return to Los Angeles, after winning a title with the Lakers this season:

Dwight Howard deletes tweet saying he is staying with the Lakers. 👀 pic.twitter.com/ZbjjCxCPbc

And then reports surfaced that indicated Howard was still considering all his options, despite the fact that Howard himself (!!!) declared he was returning to Los Angeles.

Weird. But hey, maybe it was just a contractual thing. Free agency can get messy sometimes.

Except then, a little more than an hour later, NBC Sports Philadelphia's Noah Levick confirmed a report that Howard was signing a one-year deal with the Sixers:

Dwight Howard is signing a one-year deal with the Sixers, source confirms @ShamsCharania.

I'm sure we'll eventually get the story, but for now it's just another quirky Dwight story, and this time it leads to the Sixers shoring up their frontcourt.

Howard is a fascinating fit. He brings championship mettle and veteran experience, and is an athletic big man who can run the floor while playing solid defense, and also contributing offensively. He posted a career-high offensive rating last season with the Lakers, and averaged his most blocks per 100 possessions since the 2012-13 season.

He is, however, 34, and I wouldn't be surprised if he only stays in Philadelphia for a season, at which point the Sixers could find themselves once again looking for a backup center.

And he was nearly headed back to Los Angeles, until he wasn't. Even on a night when free agency is relatively tame, the NBA is just an insane league.