The morning after Joe Girardi ruffled the Nationals’ feathers by asking the umpires to check Max Scherzer for foreign substances, Nats GM Mike Rizzo went in on the Phillies manager, referring to him as a “con artist.”

“Yes, he was playing games. Hey, that's his right, gamesmanship. It had nothing to do with substances. He had no probable cause to ask for it. The umps shouldn't have allowed it. But it happened and you've got to deal with it. This is what we're gonna have to deal with.”

The incident Tuesday culminated in Girardi being ejected. Scherzer had been staring him down from the mound and the Nationals’ coaches were chirping and mocking him from the opposing dugout. Girardi walked out and yelled back to defend himself to begin the sixth inning and was tossed.

On June 21, a league-wide rule went into effect that gives umpires the authority to check a pitcher for grip aids randomly or when they are suspicious. If a pitcher is found to be in violation, he faces a 10-game suspension and cannot be replaced on his team’s active roster. It’s a steep penalty for the team, even though the player would be paid during his suspension. 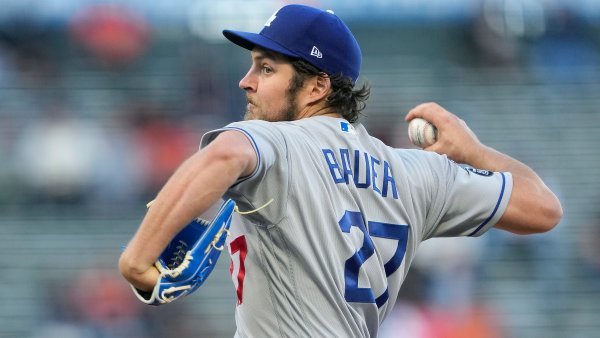 Joe Girardi Ejected After Stare Down With Max Scherzer

Scherzer was checked twice on Tuesday night, then a third time when Girardi mentioned to the umpires that he was wiping his hair frequently.

Girardi’s rationale was that he’d never seen that mannerism on the mound before from the veteran Scherzer. Umpire crew chief Alfonso Marquez said after the game that “we thought it was a legitimate request just based on the actions on the mound by the pitcher, so we thought it was a good request to go check him,” which conflicts with Rizzo’s claim that Girardi had no probable cause.

When Rizzo was presented with that rationale, he called Girardi a con artist.

"(Breaking Scherzer’s rhythm) was his goal. He's a con artist. He got you in the con,” Rizzo said. “You believe it and that's just the way it is. He's been doing that for years on TV.

Girardi said before Tuesday’s game that he would not request the umpires check a pitcher for the purpose of gamesmanship. Rizzo doesn’t buy it. Part of this is also a GM sticking up for one of his most important players.

"What are we idiots? Of course he was," Rizzo said. "You think you're gonna intimidate a Max Scherzer? It's just not gonna happen. You're just gonna piss him off and make him concentrate that much harder. This is about breaking Max's rhythm and frustrating him and that type of thing, and it didn't work. Our bullpen pitched great, we got some timely hits and we beat the Phillies. So we move on. We play them today again, so that's good."