We’re a little over a month away from the NFL draft and there’s a new favorite for the Eagles in mock drafts.

The Eagles have a total of 11 picks but their most valuable is the No. 6 overall pick. 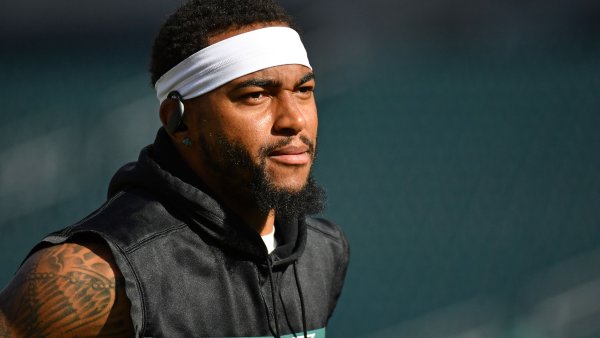 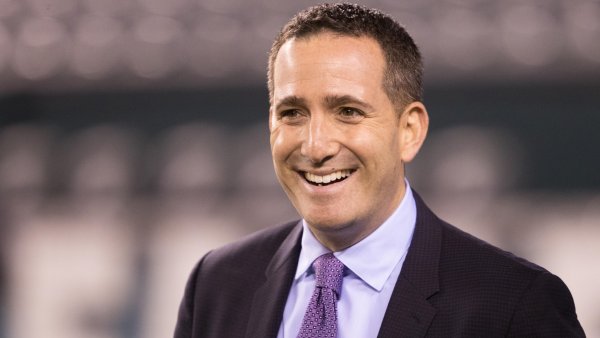 Eagles Have Their Most Draft Picks in a Decade. Now What?

Here’s a look at some recent mock drafts:

What they said: Positional value be damned — you won’t find another Pitts in this draft or any other draft any time soon. The Eagles can find a receiver later or even use Pitts as such if they want. The Florida tight end ranked third among all college football players last year in yards per route run against man coverage.

My take: There were four quarterbacks to come off the board in the first five picks, which pushed some really good players down into the Eagles’ range. The only non-QB to go in the top five was OT Penei Sewell. So in Renner’s mock, he has the Eagles passing up Ja’Marr Chase and DeVonta Smith to take Pitts. I think Pitts is a really good player and he’d be a fine pick at No. 6 … but I wouldn’t pass up Chase.

What they said: Rare combination of length, speed and ball-winning talent helps make Pitts a matchup nightmare -- and a great addition for Jalen Hurts to throw to.﻿﻿﻿﻿﻿﻿﻿﻿

My take: While most people had the Eagles taking Justin Jefferson last year, Zierlein nailed the Jalen Reagor pick. So I’ll pay more attention here. In this draft, Chase is off the board to the Dolphins at 3. If that were to happen, it would likely make the Eagles’ decision easier.

What they said: If Jalen Hurts is going to have a chance to succeed at quarterback for the Eagles, Philadelphia needs more weapons in the passing game. Pitts might be listed as a tight end but he’s capable of winning from a variety of alignments across the offensive formation and providing a height/weight/speed mismatch. His ball skills are exceptional and his fluidity as a route-runner doesn’t make sense for a man with his frame. He’s rare.

My take: This is another mock where the Eagles pass up Chase to take Pitts. Again, I wouldn’t go that far. But I also understand it and Pitts would be a fine pick. He’s a matchup nightmare and it seems like a pretty safe bet that his skills will translate to the NFL.

What they said: Zach Ertz is going to be traded at some point: it is just time for both parties to move on. Philadelphia has been looking to upgrade its pass attack and everyone's mind immediately races to wide receiver. The Colts spent a modest 21% of snaps in 12 personnel (1 running back, 2 tight ends) last season but they did not have two performers like Dallas Goedert and Pitts. I think the Eagles could find a lot of success working off play-action in 12 personnel with Miles Sanders in the backfield.

My take: Again, the Eagles passed up Chase for Pitts. If the Eagles drafted Pitts, they’d probably use 12 personnel a ton in 2021. But it’s important to note that Goedert is entering a contract year, so his presence on the roster is not a reason for the Eagles to think about passing on Pitts.

What they said: Are the Eagles really ready to hand the keys of the franchise to Jalen Hurts﻿? If not, GM Howie Roseman shouldn't turn down the chance to add a talented quarterback with franchise potential to the roster.﻿﻿﻿﻿﻿﻿﻿﻿﻿﻿

My take: Don’t get me wrong: I like the idea of rolling with Hurts in 2021. But I still think the Eagles owe it to themselves to really study this crop of quarterbacks. And if they come away with the opinion that Fields (or whoever) is the player who can be their next franchise quarterback, then I’d understand picking him. You have to remember how much stock the Eagles put into the QB position. And if they’re not convinced Hurts is the guy and they become convinced that Fields (or whoever) is, then it would make some sense to draft another QB, even with as many holes as they have to fill on their roster.

What they said: The Eagles have been mostly quiet in free agency but they did land safety Anthony Harris, though only on a one-year deal. Surtain may not seem like an immediate need for Philly, but other than Darius Slay, who is signed through 2025, no other CB has a contract beyond next season.

My take: In this scenario, the Eagles move down six spots and get back the No. 43 pick to do it. This would give the Eagles 12 picks in the draft and five in the first three rounds. Based on the draft value chart, the difference between 12 and 6 is 400 points, while No. 43 is worth 470. So it seems to line up. And earlier in the mock draft season, we saw a few mock drafts put Surtain at the Eagles with the sixth pick. So getting him at No. 12 is fine. And like Wilson noted, the Eagles have a clear need at CB. But they’ve really struggled to draft them well. But would the Eagles really be willing to pass up Pitts and the top receivers?

What they said: The Eagles have been quiet in free agency in helping Jalen Hurts but they can hit a home run by reuniting him with one of his best Alabama targets to be the No. 1 "X" and let Jalen Reagor settle into more of the "Z" outside deep threat mode. Smith is seen more as the No. 2 or No. 3 wideout in this class because of concern about his frame, but it's hard to ignore his Heisman Trophy-worthy dominant production, especially when it peaked during the College Football Playoff games. He can have the same big impact as Chase and former teammate Jaylen Waddle.

My take: If you’re wondering, this mock draft has Pitts going to the Cowboys at 10. Iyer also has Chase coming off the board at 3. So instead of taking Pitts, Iyer has the Eagles taking the super productive Smith out of Alabama. Some are worried about Smith’s size (he’s 170 pounds) but that didn’t stop him from having a great college career that ended with a Heisman Trophy.

What they said: The Eagles have more needs than receiver, but if they're going to fly with Jalen Hurts, they will need to surround him with weapons. A bully with the ball in his hands, Chase would be an ideal complement to last year’s top pick Jalen Reagor.

My take: I’m a big Chase fan and I’d be fine with this. I’d take him over Pitts if both were available.

What they said: The Eagles won't wait long to turn in the card for whichever choice the Bengals don't make, as they appear to be the consensus top two players available at this juncture in the class for many in the draft space. Penei Sewell can step in at left tackle in Philadelphia and help provide new long-term stability to an offensive line that has been wrecked by injury as of late. What does this selection mean for former first-round pick Andre Dillard? That's tough to say. But what we do know is that a good player shouldn't stop you from drafting a great one—and we don't even know for certain if Dillard is *good* yet. He started four games for the Eagles in 2019 and missed all of 2020 with a biceps tear.

My take: We probably haven’t talked about Sewell enough. Sure, the Eagles still have Jordan Mailata and Dillard but if Sewell is a future Pro Bowl left tackle, then it would still make sense to take him at 6. And we all know how much the Eagles value building on the lines. And in this scenario, Pitts and Chase come off with the two picks before the Eagles’ pick. Maybe in this case, the Eagles would be willing to trade the No. 6 pick and move back for a team who wants to take Justin Fields. In this mock, three QBs are off the board before 6, so there might be another team looking to move up. But if we’re talking about value, Sewell provides that at No. 6.