The Eagles lost their quarterback insurance policy on Wednesday when Josh McCown decided to sign to leave the Eagles’ practice squad to join the Texans’ 53-man roster.

The Texans also have AJ McCarron on their roster behind Deshaun Watson, so it’s unclear where McCown fits in. But he’ll get a chance to mentor another young and talented quarterback and do it in a city closer to his home.

For the first eight weeks of the 2020 NFL season, the 41-year-old veteran has been on the Eagles’ 16-man practice squad but has been living with his family in Texas. McCown has been a virtual member of the Eagles, participating from home.

“I'll wake up every day and ask myself, ‘How I can bring value to the team from a distance?’” McCown said in September. 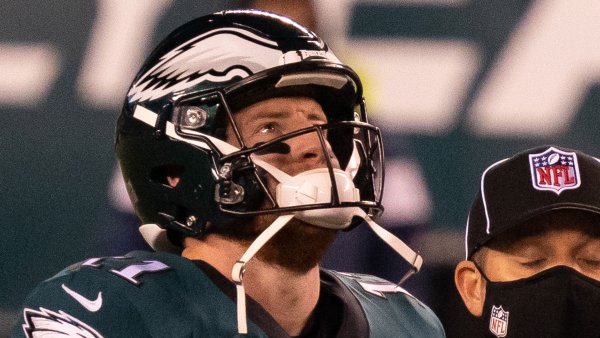 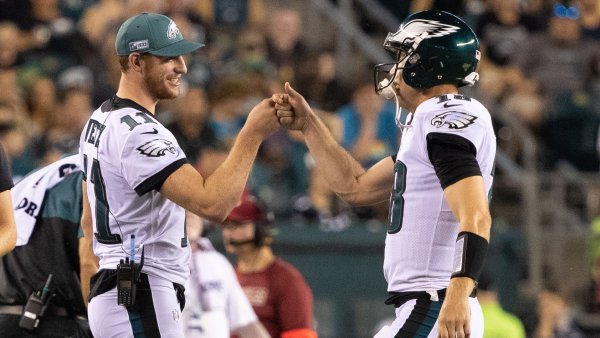 Even in Practice Squad Role, Josh McCown Can Continue to Mentor Carson Wentz

During his time on the Eagles’ practice squad, McCown was paid $12,000 per week, which means he made $96,000 for half a season as he worked from home. But he’ll obviously get more than that on an active roster, where the minimum for a player with his level of experience comes out to around $65,000 per week.

But this also gives McCown a chance to play for a team that’s closer to his family’s home and to be a viable backup instead of an insurance policy.

It was always really unlikely that McCown would have to play for the Eagles in 2020 but the Eagles thought it was worth it to keep him around just in case during this strange COVID-19 season. With 16 spots on the practice squad this year, it wasn’t a bad idea. And the other part of the plan was to have McCown continue to mentor Carson Wentz.

Without McCown, the Eagles still have three quarterbacks on their active roster: Wentz, Jalen Hurts and Nate Sudfeld.