Brace is a nuisance for Embiid, but it's nothing compared to what he feared originally appeared on NBC Sports Philadelphia

Given the circumstances Saturday night, it would’ve been nearly impossible for Joel Embiid to live up to his pre-injury standards.

“It felt great,” he said after recording 24 points on 6-for-14 shooting, eight rebounds and three blocks in the Sixers’ 122-113 win over the Timberwolves. “Obviously a great win, but I had a bad game. Just trying to get my rhythm back and get back in the groove and help these guys offensively and defensively, and to win some games.”

Karl-Anthony Towns had a more productive game than Embiid, posting 39 points and 14 rebounds before fouling out with 11.5 seconds left. The matchup was intense, featuring a fierce Towns dunk and a Flagrant 1 foul by Embiid, but it didn’t go haywire the way it had when the two big men fought on Oct. 30, 2019.

Embiid played 28 minutes and had no extended stints. He admitted the endurance aspect was a challenge of his first game since suffering a left knee bone bruise on March 12.

“It was tough,” he said. “Yesterday was really the first time I went full court since I got hurt. It’s going to take a while to get back to myself. But my body feels great. Obviously game shape is different than how your body feels, but the main thing is my body feels great, and I’ve just got to keep putting up these games and these practices and I’ll be back to where I was before I got hurt.”

Embiid’s status was in question until about 30 minutes before the Sixers tipped off their 34th win in 49 games.

There’s frequently suspense and drama surrounding his availability, and that might also be the case Sunday. The Sixers will conclude a home back-to-back set against the Grizzlies, then embark on a four-game road trip that starts Tuesday in Boston.

“I don’t know about tomorrow," head coach Doc Rivers said. “We were going to wait and see how today went, but we will be more cautious than aggressive, I can tell you that. That still doesn’t mean he will not play or play.” 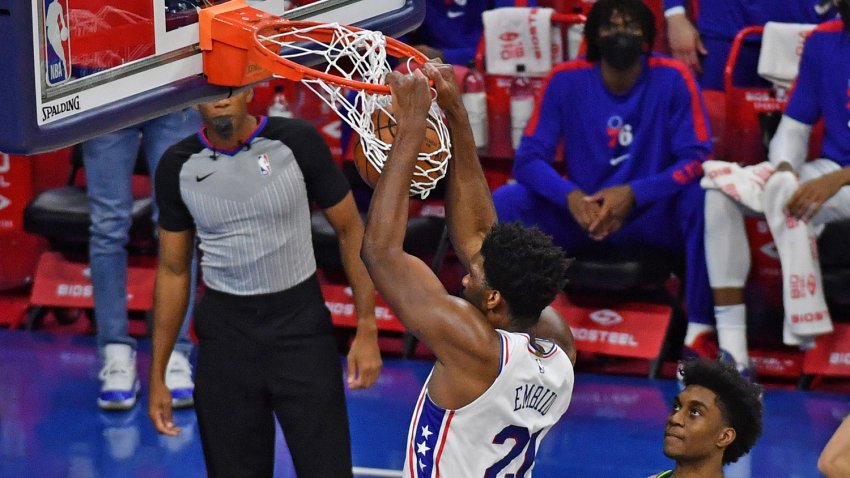 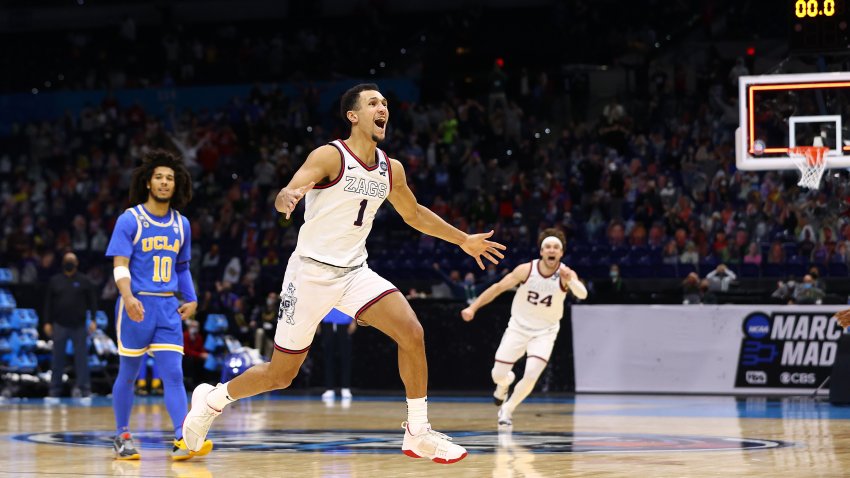 Twenty-four points on 14 field-goal attempts would be a strong showing for most players. Embiid is averaging an NBA-leading 11.6 foul shots per game after taking 17 Saturday. He wasn’t at his most comfortable or fluid, though, and he felt a new precaution had a lot to do with that.

“Defensively, it’s easy,” Embiid said. “I’ve just got to be myself — block shots, protect the paint, not let anything get in there. But offensively, I’m going to blame the brace that I was wearing. It just felt like I just didn’t have the rhythm all game. It just felt like I had an itch on my shot every single shot. … It wasn’t smooth; I had no rhythm. I hate the brace, and that was part of it. I’ve just got to get used to it and keep playing with it, and hoping that it gets better.

“But offensively, I had way too many turnovers (four). Obviously … they doubled and tripled every time I had the ball on the block. It’s fitting, because the coach comes from Toronto, (Chris Finch). I knew going into the game that was going to happen, but I’ve just got to get in sync with my teammates, get back to knowing where to pass it and how we’re moving. But it’s going to come with time.”

Rust and rhythm are relatively small concerns compared to Embiid’s worries on the night of his injury in Washington, D.C. As long as he’s healthy, the Sixers will surely be happy to address whatever reintegration issues he might face.

“When I got hurt, lying on the floor in Washington, honestly, I thought I was done,” Embiid said. “I thought my season was done. The pain, how bad it was hurting, I just knew it was something worse than we saw after. I was just crying and asking myself, ‘Why me? Why does it always happen to me?’ When everything seems to be normal with the team and myself, something always has to happen. I’m glad it wasn’t anything bad and I’m able to get back on the court and help the team go on this championship run.”