Joel Embiid is too big as a person and a talent to be a footnote.

He didn’t lead every headline Sunday afternoon, however, despite playing 38 minutes on a small right lateral meniscus tear, scoring a playoff career-high 39 points, grabbing nine rebounds and blocking three shots. All the larger-than-life, superhuman qualities were there, and yet any dissection of the Sixers’ 128-124 Game 1 loss to the Hawks needed to include the team’s spate of early turnovers, porous first-half defense on Trae Young and wild comeback push in the final minutes. 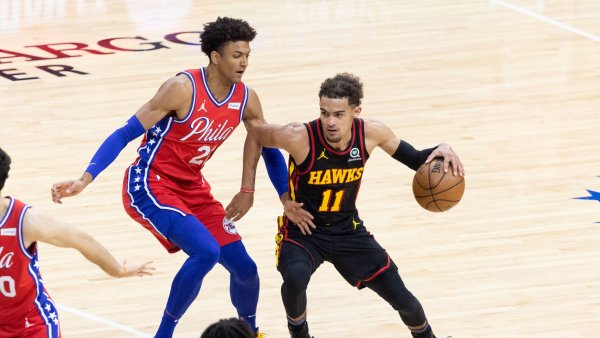 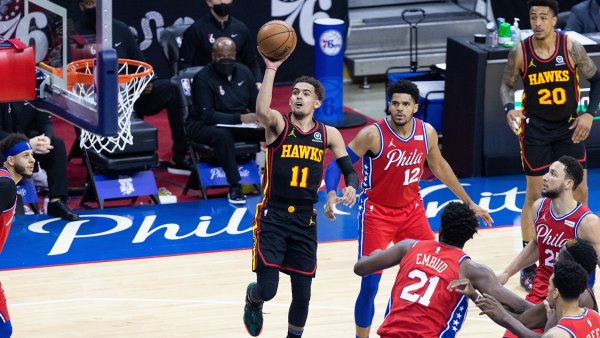 Considering how the day began, with all eyes on Embiid’s pregame workout for signs of pain, discomfort, compromised agility and any hints as to whether he’d play, it was a bit peculiar that Game 1 wasn’t all about him. Unexpected, anyway.

In truth, though, much of this series and the Sixers’ ambition to win the NBA title rests on Embiid’s right knee. And, as Embiid acknowledged, his health isn’t entirely within his control.

“Lifting; icing it; treatment; keeping it elevated,” he said of the plan before Game 2 on Tuesday night. “There’s not much I can do. Just try to manage the pain and the swelling.”

Sixers head coach Doc Rivers doesn’t like to interfere on health matters, believing he’ll be told whatever he has to know, but he admitted to having frequent questions about Embiid’s condition.

“I checked with him probably five different times during the game,” Rivers said, “and he kept saying, ‘I feel great.’ I didn’t like him in — we had to have him in — when we were trapping and running around in that last three minutes.

“And obviously we made a run. I did not like him on the floor at that point, because I didn’t want him doing those things, if you want me to be honest. That’s why we just told him to stand back, because those are the ones you get injured on. Other than that, I thought he played in a space where he was safe — other than that last three minutes.”

Clearly, this situation isn't optimal for the Sixers. But, provided Embiid does not exacerbate his injury or suffer a new one, it’s a lot better than him watching from the bench. Especially for a No. 1 seed, one understands the temptation to push an MVP finalist back into action as soon as he feels ready.

That said, catastrophe is one of many outcomes on the table. Even if it’s a byproduct of bad luck, the Sixers’ medical staff will face intense criticism should Embiid’s health drastically worsen or a new ailment pops up. Clearing him to play indicates the meniscus tear is indeed small, and that instability is not a serious concern.

While that’s apparently the case, it seems the Sixers are still holding their breath whenever Embiid tumbles after drawing a foul or dives for a loose ball. The circumstances are why he’s playing, not because 38 minutes of fast-paced basketball on a torn meniscus is medically advisable.

The Sixers aren’t attempting to pull off anything terribly scandalous. Much of the sport comes down to probabilities, as president of basketball operations Daryl Morey knows better than most. Teams consider how likely a certain opponent is to make an open three-pointer from the right corner; whether an Embiid post-up tends to produce more points late in games than a Tobias Harris isolation on a smaller defender; what odds a roster has of winning a game, a series, a championship.

The sport is also full of vagaries. It’s a human game characterized by delightful oddities ranging from random Dwight Howard jumpers to weekends in which Furkan Korkmaz is the best, most impactful player on either team. The surprises aren’t always pleasant, of course, as the Sixers have learned a few times with Embiid injuries.

Embiid thought he could play well on a torn meniscus, and he most certainly did so Sunday. We’ll see what Tuesday brings.

“If you look at the history, every time I’ve had an injury, it always feels like I never miss a beat,” he said, “just because I go out there and I’m not thinking about what happened or what may be going on. It may be bothering me, but I’m just not thinking about it. I just want to focus on giving my all, just playing hard every single possession.