Sixers star James Harden and Nets guard Ben Simmons both met with reporters Tuesday for the first time as members of their respective new teams.

Harden has an MVP and several scoring titles on his mantle — and now he’s ready to add a championship trophy.

On Tuesday the Philadelphia 76ers held a press conference to officially welcome James Harden. NBC10's Tim Furlong has the reaction from fans.

Harden was introduced by the Philadelphia 76ers on Tuesday following last week’s blockbuster trade that sent disgruntled guard Simmons to the Brooklyn Nets. 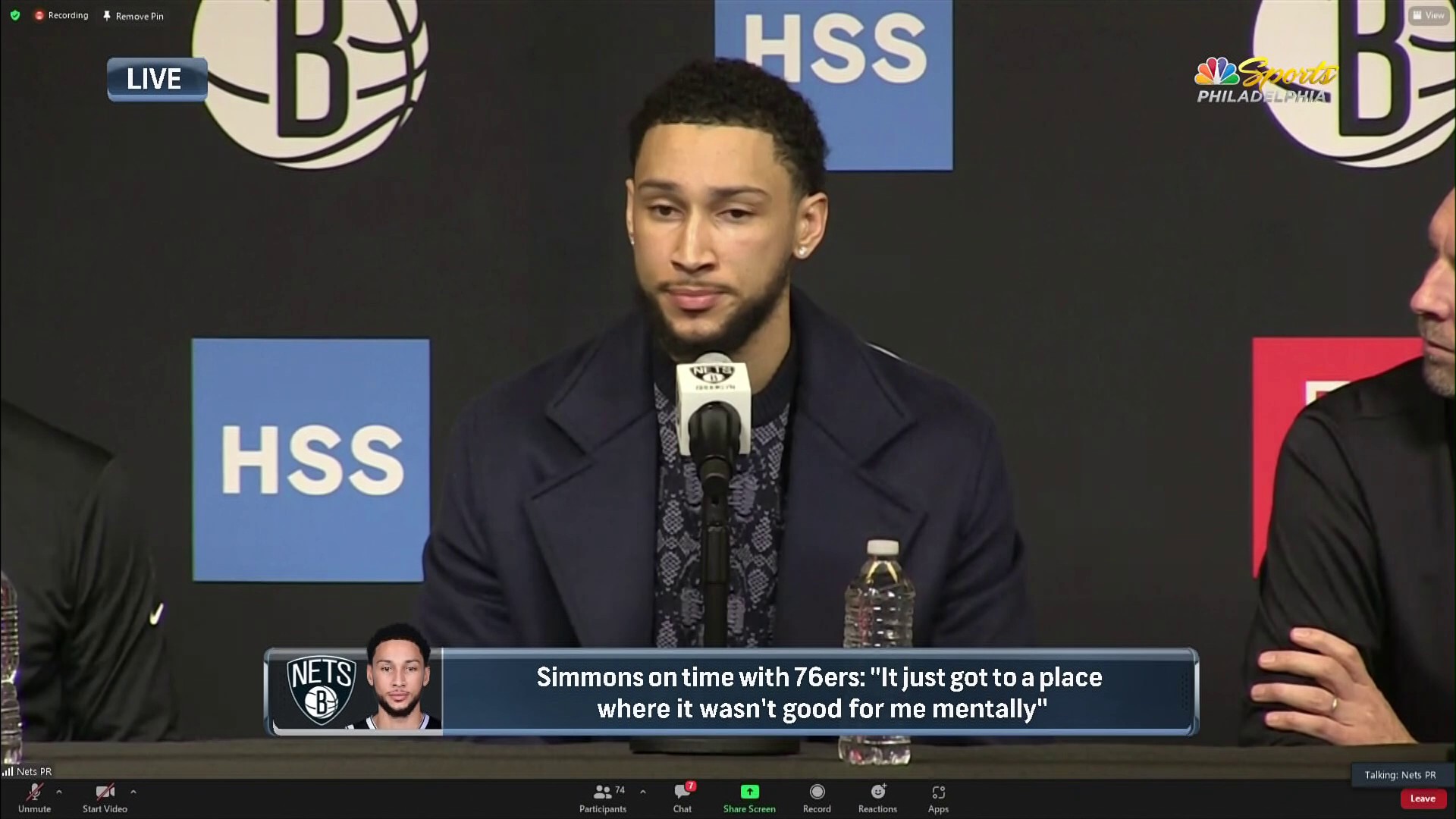 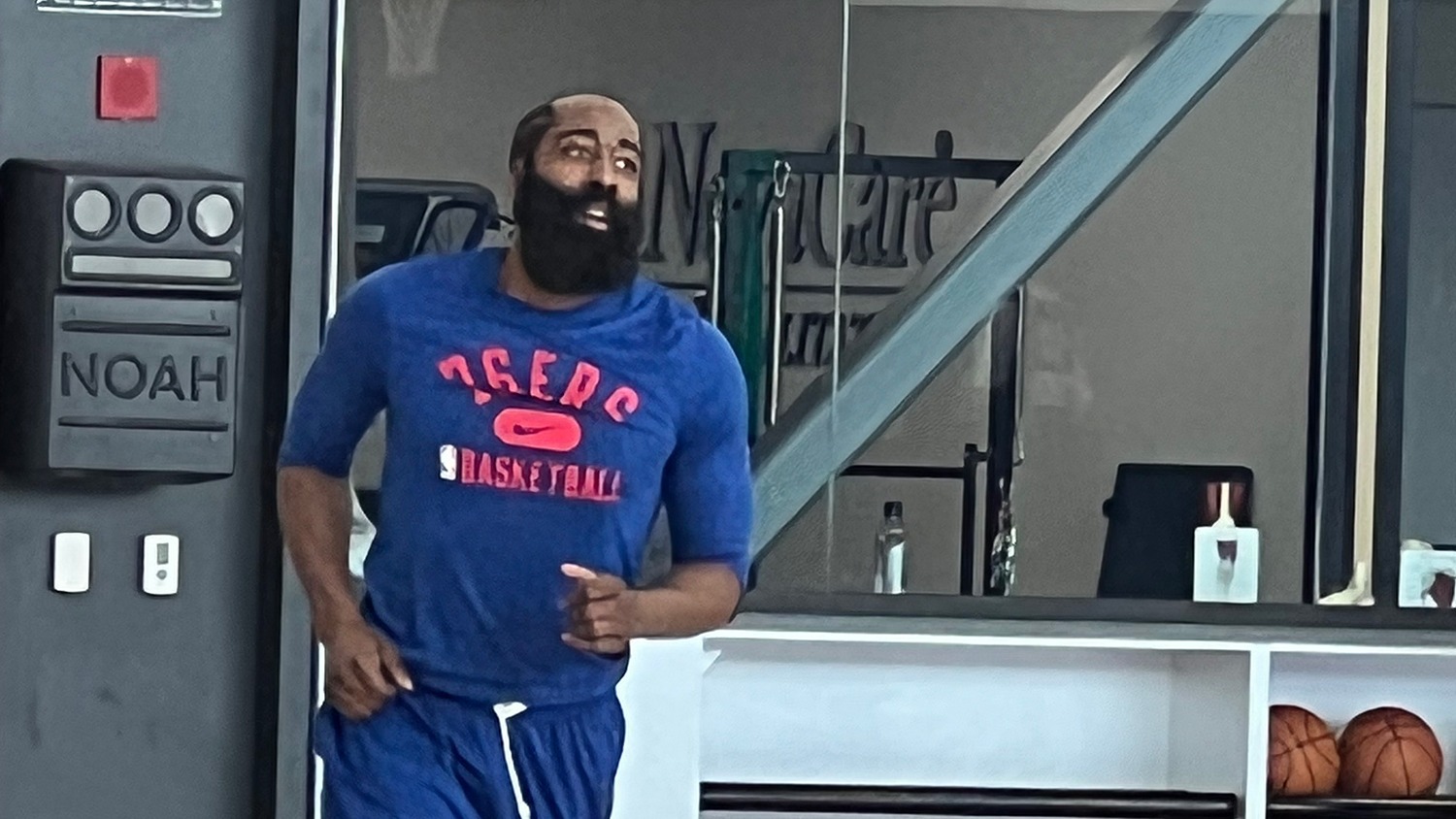 Asked if his new team can win the NBA title, Harden put up the shot all Sixers fans wanted to hear.

“Hell yeah,” he deadpanned. “My job is to help the team win a championship.”

In 12 seasons with Oklahoma City, Houston and Brooklyn, the 32-year-old Harden has made 10 All-Star teams, won the 2018 MVP and earned three scoring titles. He wants a title, and thinks it can happen in Philly.

“I just knew for a very long time this was a perfect fit,” he said. “It’s an opportunity of a lifetime.”

Harden missed his final four games with the Nets due to a hamstring injury and the first two since joining the 76ers. He practiced on Monday and Tuesday at the team’s training center in Camden, New Jersey, and will sit out Tuesday night’s home game against Boston and Thursday’s matchup at Milwaukee.

Harden is set to make his 76ers debut on Feb. 25 at Minnesota.

“After the (All-Star) break, we’ll get things going,” he said.

Harden is excited to pair with MVP front-runner Joel Embiid, who is leading the NBA in scoring at 29.5 points per game.

“I think we complete each other,” said Harden, who is leading the league in assists at 10.2. “The whole world knows how great Joel has been playing. His presence alone is unbelievable. I feel like I’m the same way as far as making my teammates better, and we have a great core of guys.”

The Sixers got Harden from Brooklyn hours before the trade deadline last Thursday along with Paul Millsap for Simmons, guard Seth Curry, center Andre Drummond and a pair of first-round draft picks.

The Sixers were 34-22 on Tuesday afternoon, 2 1/2 games behind Eastern Conference leader Miami.

Philadelphia’s front office is elated to have a superstar to play alongside Embiid.

“Having an MVP and a guy on pace to be MVP if he can keep it up is really exciting,” 76ers general manager Daryl Morey said. “You’re looking at pretty long odds if you don’t have two great players at that level.”

Said coach Doc Rivers: “Being the winner is hard and that’s what we want to become and that’s why we made trades like this.”

Harden’s scoring average this season of 22.5 points is done slightly from his career average of 25.0, and he believes he’ll bring more than just scoring to the 76ers.

“My job is to help be the leader, to push guys and get that swagger out of guys every night because ultimately that’s’ going to help us get a championship,” he said.

“We’re both at a high level to where we’ll figure it out,” he said.

Harden, who is making $44.3 million this year, said he will opt into his player option of $46.8 million next year to remain with the 76ers. He said he was disappointed things didn’t work out in Brooklyn, where there were high expectations after he joined stars Kevin Durant and Kyrie Irving in a trade last season.

But injuries and Irving’s vaccination status led the so-called Big Three to play just 16 games together.

“Me and (Irving) are really good friends,” Harden said. “That’s (vaccination status is) his personal preference. But it definitely did impact the team because originally me, Kyrie and KD on the court and winning covers up a lot of that stuff, but it was unfortunate that we played 16 games out of whatever it was. It is what it is, but being here in Philly is an opportunity that I’m looking forward to.”

He’s also looking forward to playing in front of Philadelphia’s fans, who have been giddy since the trade announcement. Fans erupted when a video of Harden on the video screen that ended with him in a photoshopped 76ers jersey was shown in Philadelphia’s last two games.

“These fans are the best fans in the NBA,” he said. “ A lot of teams say that. I’m just happy they’re on my side and I’m not getting booed. Going to that arena is going to be special.”

Watch their remarks in the video below: