Encouraging Signs From a Slumping Carson Wentz in Loss to Steelers

The stats don’t show it. The outcome doesn’t reflect it. But Carson Wentz started to look like Carson Wentz Sunday.

Wentz, off to the worst start by an Eagles quarterback since Donovan McNabb in 2003, showed some encouraging signs of life Sunday in the Eagles’ 38-29 loss to the Steelers.

He threw two touchdowns — matching his total from his last 3 1/2 games combined — and engineered four extended touchdown drives, something the Eagles hadn’t done this year.

It didn’t hurt that he finally had a guy — an unlikely guy — making big-time plays for him on the other end of his passes.  The Eagles came up short, but for the first time this year there was reason to believe in Carson Wentz. 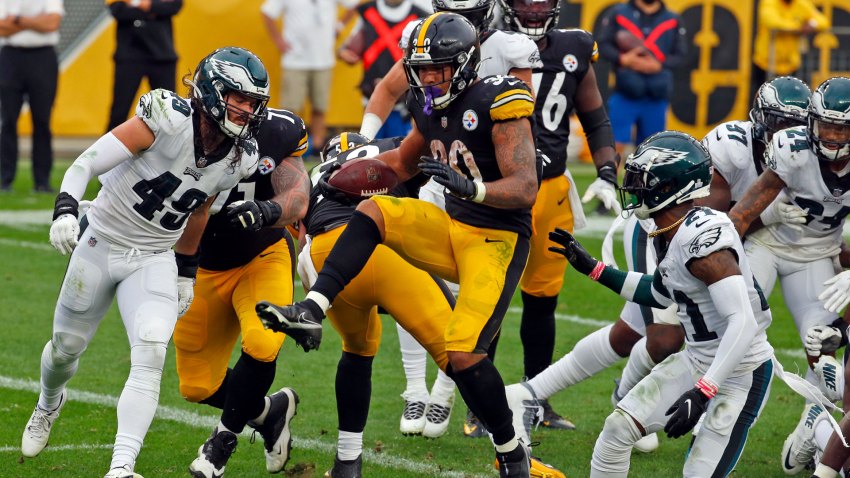 Eagles Defense Has a Poor Performance in Loss to Steelers 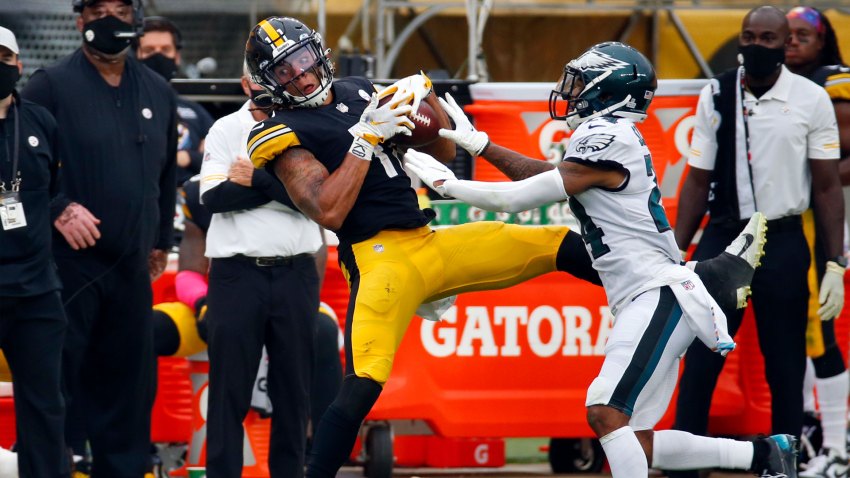 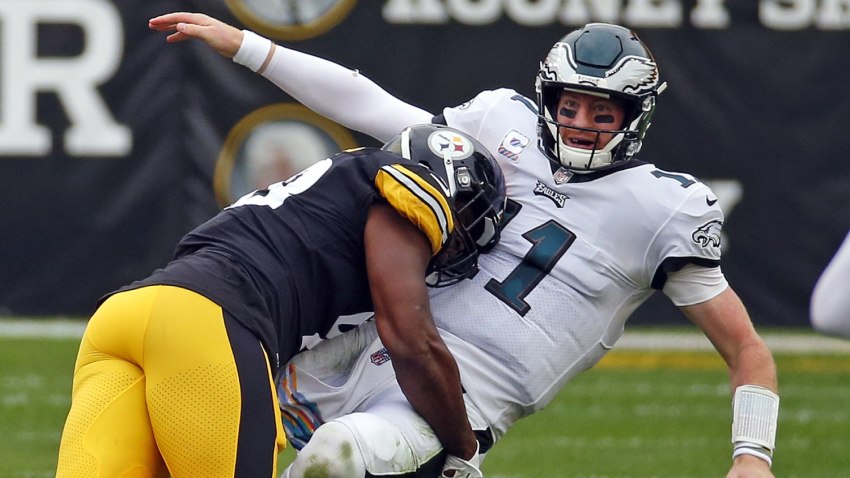 “Not the end result that we wanted,” Wentz said. “We left a handful of plays out there. I think offensively we did some good things. We got a good rhythm going. We converted a lot of third downs. Came up short. Obviously not what we want and how we want to finish, but there are some things we can definitely build on and getting into a rhythm today definitely helped us.”

Wentz did throw two more interceptions — that’s nine in the first five games, something no Eagles quarterback had done since Ron Jaworski in 1977. But the first should have been negated by a penalty that wasn't called and the second was a 4th-and-20 heave in the final seconds.

He made enough smart decisions, big-time throws and gutty plays that there’s reason to believe he’s working his way out of this mess.

And Wentz did not get a lot of help.

He was sacked five times, the running game produced a 74-yard TD and nine other yards, John Hightower whiffed on a perfect 49-yard touchdown pass, Zach Ertz was again a non-factor, and other than Travis Fulgham – who had 152 yards in his second game as an Eagle – nobody else really made an impact in the receiving game.

Once again, things didn’t start out so well.

Wentz’s first interception — on a play where Ertz was clearly bumped — led to a TD that gave the Steelers a 17-point third-quarter lead.

“Stay tough, stay resilient,” Wentz said. “We knew we had some good things going offensively. The interception was kind of just a tough break how it played out. We knew we were still capable of moving the ball against that defense, and I think the o-line did a great job of setting the tone. We asked a lot of them against a really good front over there. I thought we did a good job of sustaining some drives and everything. Just not the result we were looking for.”

It was the best he’s looked this year.

“I walk away frustrated with the loss and where we are right now but encouraged by some of these younger guys stepping up and making plays,” Wentz said. “I'm encouraged that we can keep building on this, and we'll find a way to keep turning this thing around. We're so close. We're so close.”