Who Were the Eagles' Winners and Losers After NFL Draft?

The Eagles are excited about their draft haul from 2021.

And even though we won’t really know how they fared for a few years, this draft was good or bad for certain players who were already on the roster. 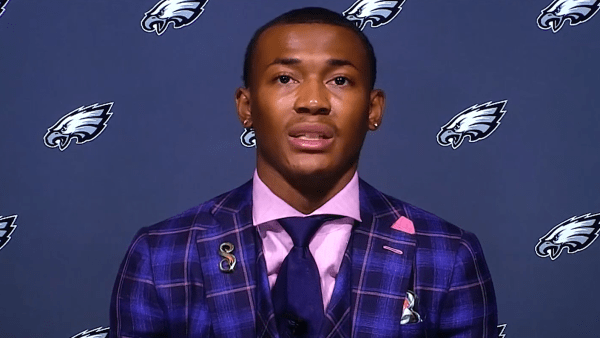 DeVonta Smith Explains Where His Tough ‘Football Strength' Comes From 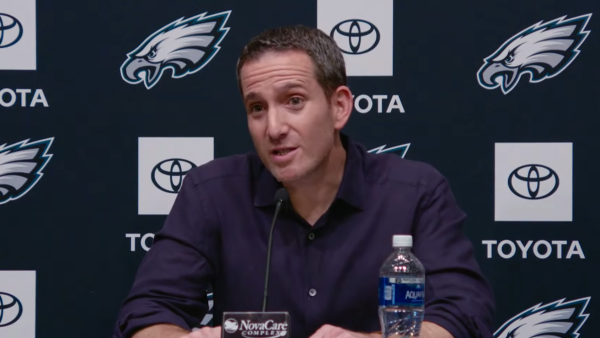 So with that in mind, let’s take a look at some Eagles winners and losers from this draft:

Jalen Hurts: This is the most obvious one. Not only did the Eagles not take one of the top five quarterbacks in this draft but they used their first two picks on offensive players who have been teammates with Hurts before. It obviously started with the pick of DeVonta Smith, who should give the Eagles at true No. 1 receiving threat. They’ll add him to a group that already included 2020 first-round pick Jalen Reagor. And then the Eagles added Landon Dickerson in the second. While there’s an obvious fear about his injuries, if Dickerson is able to play this year, he’ll be an immediate upgrade as a backup at any interior position in case of injury and is hopefully a long-term starter.

Avonte Maddox: The Eagles didn’t draft a cornerback until Day 3 when they selected Zech McPhearson out of Texas Tech. We’ll see if McPhearson has the upside to be a contributor or even possibly a starter but nothing is guaranteed with fourth-round picks. And whether Maddox is a starter outside or at the nickel, he got one big step closer to keeping his job for 2021. Sure, the Eagles might still add a corner in free agency or through a trade (they ought to) but the fact that they didn’t end up with one on Thursday or Friday night was good news for Maddox.

K’Von Wallace: The Eagles didn’t draft a single safety. Sure, they took JaCoby Stevens in a late round but they’re calling him a linebacker. Wallace isn’t penciled in as a starter now because he’s behind Rodney McLeod and Anthony Harris, but McLeod is still coming off that ACL so Wallace will likely be a starter at least early in training camp. Even if Wallace is just the third guy, the 2020 fourth-round pick will still get significant playing time this season.

T.J. Edwards: The Eagles drafted just one legitimate off-ball linebacker and it’s a guy who played safety in college. So maybe Edwards will still have a role in this defense. It’s safe to say that Alex Singleton and Eric Wilson will still likely be the Eagles’ top two ‘backers and I’m sure they’d like to give Davion Taylor and Shaun Bradley a chance to play too. But my guess is that Edwards is still ahead of those guys on the depth chart and still has a chance to play in the base package. That might have changed if the Eagles used an early pick on a linebacker.

Josh Sweat: The Eagles waited until the sixth round to select an edge rusher in Tarron Jackson. Given the possibility — what I thought was a somewhat likely one — that they would draft an edge player on Day 1 or 2, that has to be a win for Sweat. Entering his fourth season, and with Vinny Curry out of the way, Sweat is going to be the Eagles’ third defensive end and will likely play a ton in a contract season. It’s a good chance for him to prove himself and make a chunk of change.

Boston Scott: I still think Scott will be on the team, but the Eagles drafted a player in Kenny Gainwell in the fifth-round that does a lot of similar things. Gainwell is known as a dual threat and he has the ability to be a nice complement to Miles Sanders in the running back room.

Hassan Ridgeway: Ridgeway signed a veteran minimum contract coming off another injury but was still in line to become the Eagles’ third defensive tackle. Now, he might even be on the roster bubble. The Eagles drafted Milton Williams in the third round and Marlon Tuipulotu in the sixth. Williams is obviously making the roster, which means Ridgeway might have to battle the sixth-round pick for a roster spot unless the Eagles keep five.

Zach Ertz: He’s still here. There seemed to be a chance Ertz would be traded during the draft and that didn’t happen. Not only that, but the Eagles didn’t even draft a tight end, which would’ve made it even easier to move him. I still don’t expect Ertz to return for 2021 but he’s probably getting more frustrated the longer this takes.

Nate Herbig: I listed Herbig, but you can probably add Sua Opeta, Matt Pryor and even Luke Juriga to this list. Because Dickerson, once he gets healthy, will presumably be the backup at all three interior offensive line positions.

John Hightower: The Eagles drafted Smith in the first round and I guess it’s lucky for Hightower that they didn’t draft another. But the receiver room is looking mighty crowded right now: Smith, Reagor, Greg Ward Jr., Travis Fulgham, Quez Watkins, J.J. Arcega-Whiteside and Hightower. There’s a numbers crunch at this position and Hightower is coming off a rookie season that started with promise and ended with disappointment.