It’s an exciting week as Eagles training camp kicks off with its first practice on Wednesday. I’ll be there for the next few weeks, reporting back to everyone daily.

Every year, I go into training camp with a list of players I want to watch extra carefully. That doesn’t necessarily mean the best or most important players, but players with some added intrigue for various reasons.

I already listed 10 offensive players to watch this summer.

Here are 10 players on defense:

The Eagles used a third-round pick on Williams, a move that seemed to please everyone (well, mostly everyone) in the organization. There’s a lot to like about Williams and it starts with his raw athleticism. He faces a learning curve as he enters the NFL from Louisiana Tech so he might take a while to get going. But I’d expect we’ll at least see glimpses of his raw explosion and that’s exciting.

The newest Eagle joined the team on Sunday and he’ll be out at practice just a few days later. The rest of the cornerbacks have a head start learning the defense but Nelson is a veteran. So we’ll see how long it takes him to catch up and if he’ll do everything right away. The addition of Nelson as the Eagles’ CB2 is a big one and if he has a nice camp, there will be some real excitement about the secondary. On paper, Darius Slay, Nelson, Avonte Maddox, Anthony Harris and Rodney McLeod isn’t too shabby. 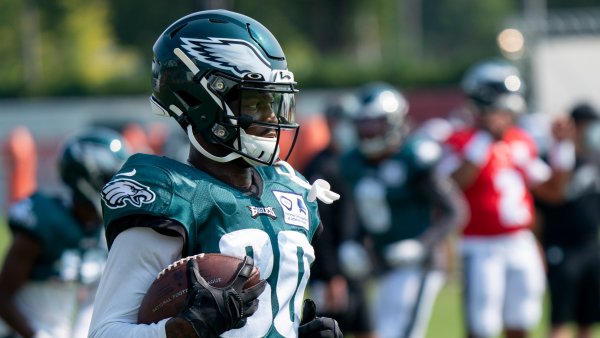 In his rookie season, the fourth-round pick from Clemson played in 15 games and started three, but finished with just 202 defensive snaps. I think he could end up carving out a nice role in Jonathan Gannon’s defense. My thought process here is that Anthony Harris and Rodney McLeod have predominantly been deep safeties in their careers so even if we see more Cover 2, there could be a role for a defender in the box at times. That could be Wallace. He got thrown into the fire last year against the 49ers and George Kittle but he responded to that well and I really like his mindset. I want to see what he can do in Year 2.

The Eagles added Wilson as a free agent this offseason as the 26-year-old is coming off a breakout season in 2020. With the Vikings, he started 15 of 16 game and filled up the stat sheet: 122 tackles, 3 sacks, 3 interceptions, 2 fumble recoveries, 1 forced fumble. Wilson comes to Philly known for his cover ability as a linebacker so that’s what the team will hope to see this summer. And with players like Miles Sanders, Boston Scott, Kenny Gainwell, Dallas Goedert and Zach Ertz on the field, he’ll have plenty of competition to go against.

Hargrave is a $13 million per year player and he’s really flying under the radar. He had an injury and then an awful start to his first year with the Eagles in 2020 but picked it up once he got healthy and acclimated to the defense. Because of his injury last year, I didn’t see as much of him in training camp as I wanted to. I think Hargrave could be in line for a really big season next to Fletcher Cox.

Like Wilson, Harris comes to the Eagles as a free agent from Minnesota, a good hint that we’re going to see plenty of Mike Zimmer staples in Gannon’s defense. Harris is 29 and here on a one-year deal. Had he been signed after 2019, when he led the league in INTs with 6, he would’ve gotten much more money. As it is, he comes after another solid season. But he’ll be an important piece in 2021.

It might seem strange to have a sixth-round pick on this list, especially one who is expected to be a hybrid player. But remember what I said about Wallace and being a box defender? That could be a role Stevens takes at times too. He was listed as a safety at LSU but Stevens expects similar responsibilities with the Eagles despite his new title. I think the Eagles drafted him with a role in mind and I want to see what that looks like.

The addition of Steven Nelson was good news for a lot of reasons. One of them is that the Birds can now bring along McPhearson, the fourth-round pick out of Texas Tech, a little slower. But that doesn’t mean McPhearson won’t play in 2021. The Eagles have been decimated by injuries in the secondary the last couple years so let’s get a long look at the rookie this summer to gauge his readiness to contribute.

The Eagles used a third-round pick on Taylor out of Colorado last offseason and he barely player at all on defense. The Eagles new Taylor was raw but they can’t really go two full seasons without any contributions from a third-round pick, can they? The Eagles better hope Taylor is ready to take a nice jump from Year 1 to Year 2 and get on the field at least in certain situations. It would be disappointing if Taylor doesn’t look like a different player this summer.

McLeod has confidently stated that his goal is to be ready for Week 1 but he’s a 31-year-old veteran coming off an ACL injury late last season. So there are reasons to question if he’ll be ready and if he’ll be the same player he was before the injury. He and Harris should form a nice duo of safeties if McLeod is healthy. I want to see how he looks coming off that injury.

This is a bonus one! Siposs (SIPP-oss) is the only punter on the roster after Cameron Johnston left as a free agent, so the Eagles are relying on him. That’s noteworthy because Siposs has yet to play in the NFL and the Eagles didn’t bring in any competition for him. The Eagles are on a nice run of punters; they went from Donnie Jones to Johnston and we’ll see if Siposs is the next good punter to come through Philly. If he doesn’t look good at camp, the Eagles will have to scramble to bring in other options.