The narrative is out there that you can’t run on the Buccaneers.

That narrative is wrong.

Yes, the Bucs finished third in the NFL against the run this year, allowing 92.5 rushing yards per game. Only the Ravens (84.5) and Steelers (84.6) allowed fewer. 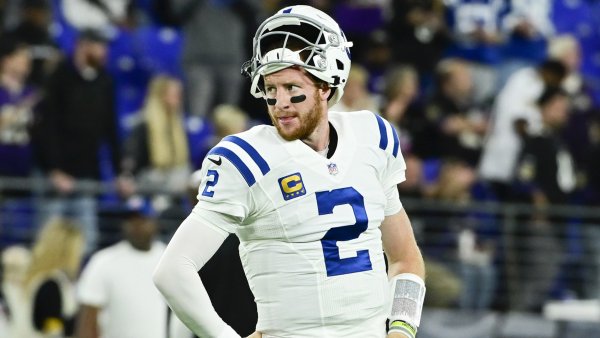 But let’s take a look behind the numbers and see what’s really going on here.

Tampa did get off to a terrific start defensively, especially against the run. The first six weeks of the season, the Bucs allowed 55 rushing yards per game, best in the league by 25 yards per game.

The last 11 games that number ballooned to 112. From Week 6 on, the Bucs were middle of the pack – 15th in the NFL in rush defense.

But they were so good the first six games that even with 2 ½ months of mediocrity, they still finished 3rd overall.

Now let’s look at yards per carry, which is a truer gauge of how stout a run defense truly is.

The Bucs finished the season allowing 4.3 yards per carry, which again is middle of the pack. That ranks 15th in the league and is right on the NFL average of 4.3.

But look what happens if you break it up with the first six games and the last 11: Through six games, the Bucs were allowing 3.4 yards per carry, 2nd-best in the league (just behind the Saints).

The last 12 games? They allowed 4.7 yards per carry, 5th-worst in the league.

That’s right, the No. 3 run defense in the NFL this year was 5th-worst in the league in terms of yards per carry since Week 7.

In a lot of cases, the Bucs’ strongest run defense was Tom Brady and the Tampa offense. One of the reasons opponents didn’t pile up big rushing totals against the Bucs was because they trailed by double-digits early and were forced to abandon the running attack.

An NFL-high seven teams ran the ball fewer than 20 time against the Bucs. And some of them ran really well.

The Eagles faced the Bucs before they discovered their world-class running attack, and they averaged 5.3 yards per carry that Thursday night at the Linc but fell behind by 21 points and stopped trying. The Eagles ran only 19 times, including 10 Jalen Hurts carries.

Heck, even the hapless Jets ran for 150 yards with a 5.8 average two weeks ago against the Bucs, and they were ranked 26th in rush offense going into the game.

Since the first Eagles game, the Bucs have faced only two top-10 rushing attacks, the Colts and the Bills, and both averaged at least 5.9 yards per carry. The Bills piled up 173 rushing yards against the Bucs.

After the Eagles and Buccaneers met in mid-October, the Eagles were 15th in the NFL in rushing offense, and a good chunk of that was courtesy of Hurts. Miles Sanders only had 48 carries in six games, Jordan Howard and Boston Scott hadn’t played yet, and there was no indication this was about to become a running powerhouse.

You know what happened next. The Eagles began running and began winning.

So when we say both teams are different now than they were on Oct. 14, it’s definitely true in some very important ways.

There is a path for the Eagles to win this wild-card game Sunday in Tampa, and it’s run the damn ball 40 times. Keep Brady off the field. Wear down the Tampa defense. Move the sticks. Eat up clock. All things they couldn’t do and wouldn’t do in the first meeting.

It won’t be easy, but Miles Sanders and Jordan Howard are both healthy, they run behind the best offensive line in football and Nick Sirianni seems to understand that committing to the run is what works best for this team.

It’s why they’re here. And if they win, it’ll be why they won.

There’s a reason the Bucs are 8 ½-point favorites. They’re really good and they’ve got the GOAT at quarterback.

But they also haven’t seen anything like this Eagles running attack.

Tom Brady spoke to the media on Thursday and was asked about Eagles fans' reactions to his drop in Super Bowl LII as well as not shaking Nick Foles' hand at the end of the game.
Copyright RSN