Eagles' QB Jalen Hurts: ‘It's My Opportunity, It's My Team'

Over the course of the last few months, there have been plenty of questions about Jalen Hurts’ long-term future with the Eagles.

Those questions likely aren’t going away.

But at every turn — at least publicly — the Eagles have had a united front on this. Nick Sirianni, Howie Roseman and even Jeffrey Lurie have said Hurts is their guy going into the 2022 season.

“It’s understood,” Hurts said at the NovaCare Complex on Wednesday from the Eagles’ voluntary spring workouts. “It’s my opportunity, it’s my team, it’s pretty much what it is. It’s my team. So I’m ready to go. And the work has been put in to go out there and achieve what we want to achieve.” 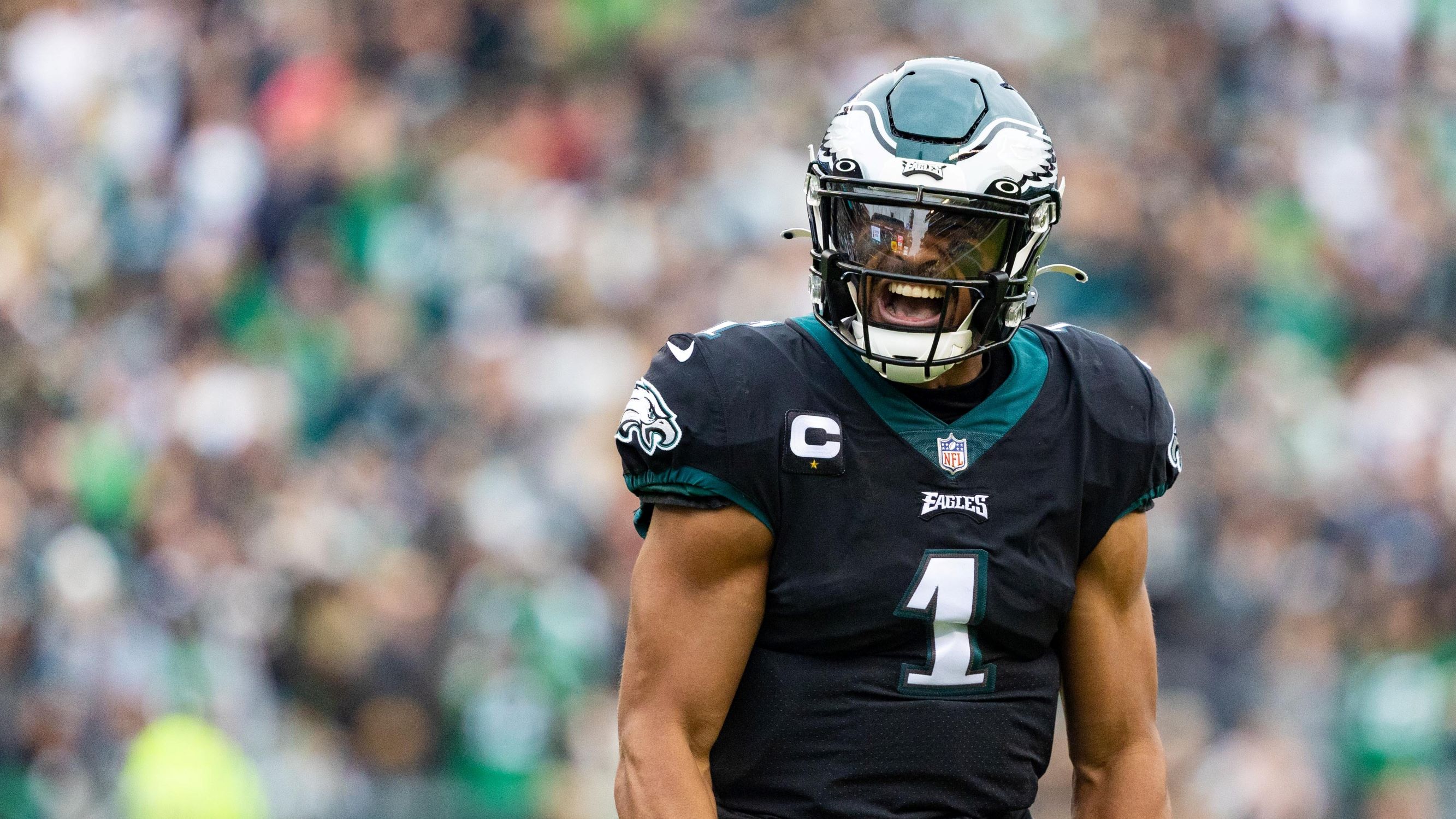 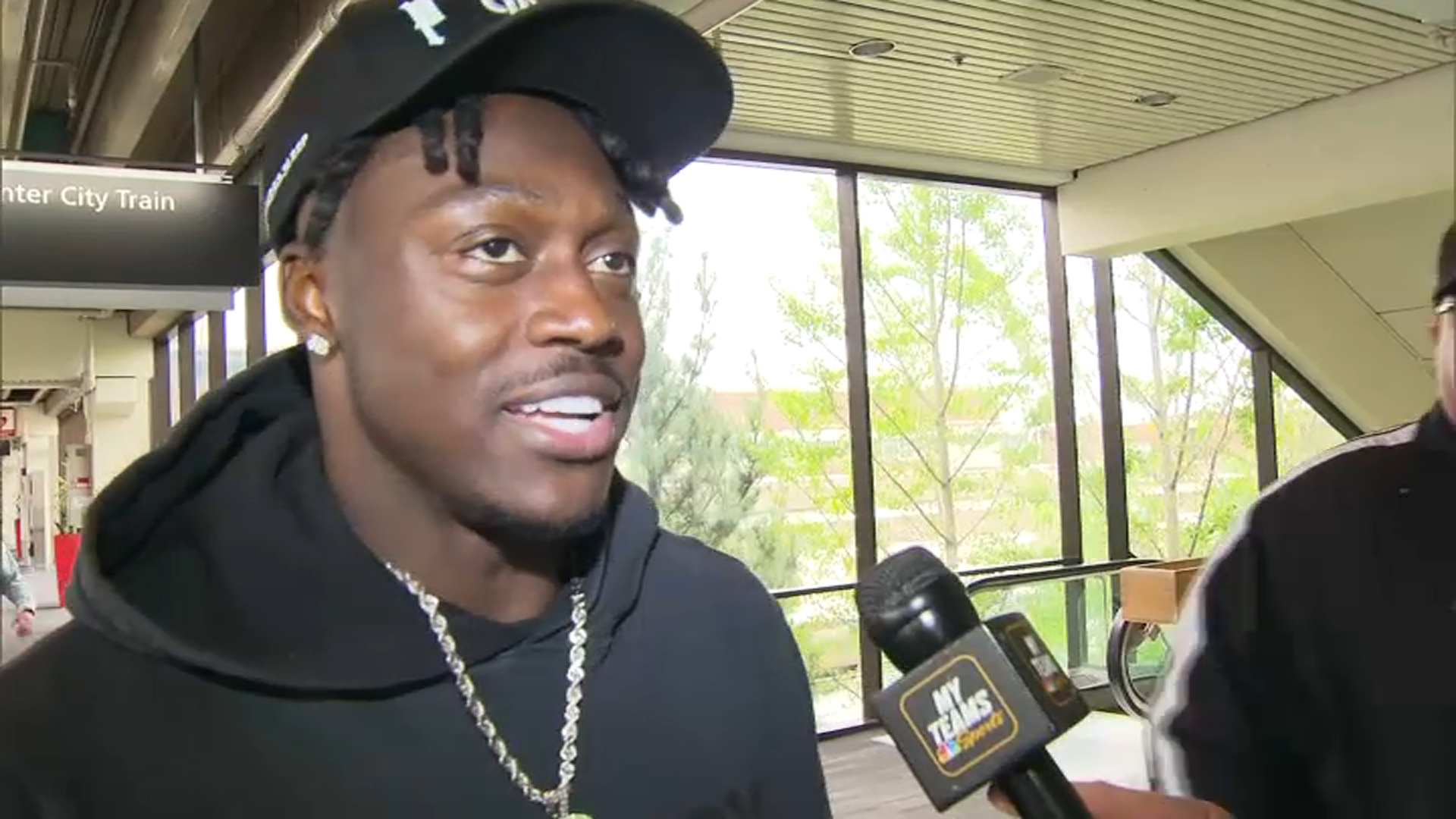 Will he become good enough in Year 3 for the Eagles to make a long-term commitment to the former second-round pick? We’ll see. And until we do, those questions that fans and pundits have had about Hurts aren’t going to disappear. Everyone in Philadelphia seems to have an opinion.

“That’s stuff that y’all talk about,” Hurts said. “Everything is good over here.”

Hurts seemingly keeps himself insulated from the talk and speculation — he would call it “rat poison” — but at some level it has to seep in, right?

While Hurts would never admit it, we live in an age where it’s almost impossible to block everything out.

“Of course, it probably gets to him,” veteran defensive end Brandon Graham said. “But if anything, how I look at when y’all just say little certain things, that’s just motivation for me. I feel like he’s mature enough to be able to handle it if that’s what’s happening. Because he hasn’t shown me that he’s worried about too much of anything other than just trying to prove y’all wrong.”

Even though he improved in Year 2, Hurts’ first season as a starter ended on a sour note in Tampa Bay. The Eagles lost to the Buccaneers in the first round of the playoffs, Hurts had a dreadful performance and then showed up to his postgame press conference in a walking boot.

This offseason, Hurts had surgery on his left ankle but on Wednesday said he’s healthy.

Barrett Brooks and Danny Pommells talk about Jalen Hurts taking the lead on the Eagles and if Jason Kelce is still a pro bowl player.

He was also healthy enough to enjoy a real offseason. This year, he worked out in Southern California and changed his approach. While the typically-guarded Hurts declined to divulge many specifics of his offseason change-up, he said the changes he made were his decisions and didn’t come from the coaching staff. When asked if any throwing motion was tweaked, he said, “Nah.”

“I think just having a different type of plan,” Hurts said. “Had a very unique plan in my days and I tried to challenge myself to do things that I have never done, whether it be reading something or watching this in the defense or watching certain things in tape. Working on flexibility, eating right, just different things because when you play the quarterback position, it’s not all about physical ability. It’s about mental ability, being able to manage different things, different situations, manage a team, lead a team. There’s so much that goes into it. I just tried to challenge myself to do that this offseason.”

The Eagles are in Phase 1 of their voluntary offseason program. They won’t have a mandatory minicamp in June — they’re one of just two teams in the NFL without one — and will have just 6 of a possible 10 days of Organized Team Activities.

But it’s better than nothing.

And after they didn’t have the full spring last year because of COVID-19, Hurts is enjoying this time with his teammates as he gets ready for a really important season in his career.

“I find it very valuable being here with everybody, being with the coaches, being with the players, not having to bring them to Houston or Atlanta or wherever I am,” Hurts said. “Now we can work here and get on the same page now so come training camp, we’re rolling.”