What the Eagles' Last 4 Games Mean for QB Jalen Hurts

What have we learned about Jalen Hurts so far?

A lot. But not enough.

He’s definitely got a lot going for him. He’s a character kid and a natural leader, he’s improved dramatically from last year in terms of accuracy and protecting the football, he’s capable of putting up points in a hurry, he’s an explosive runner and he’s made a handful of big-time throws that get your attention.

He’s not consistent enough, he doesn’t always see open receivers and he has a knack for underthrowing deep balls.

Because as the 2021 season winds down, the Eagles find themselves in a perfect position to evaluate a young quarterback. Thanks in large part to Hurts, they’re 6-7 and in the hunt for a playoff berth with four games to go. Not bad considering they were 2-5 a month and a half ago. 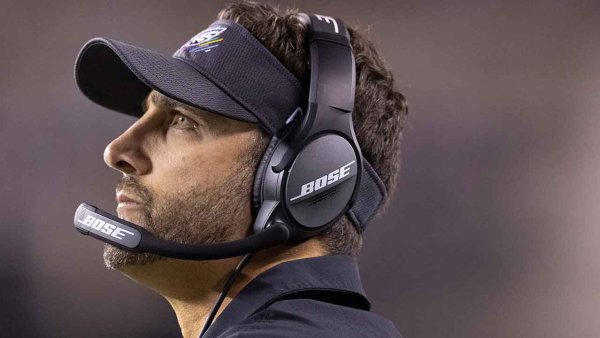 Eagles' 5 Keys to Go on a Run to the Playoffs 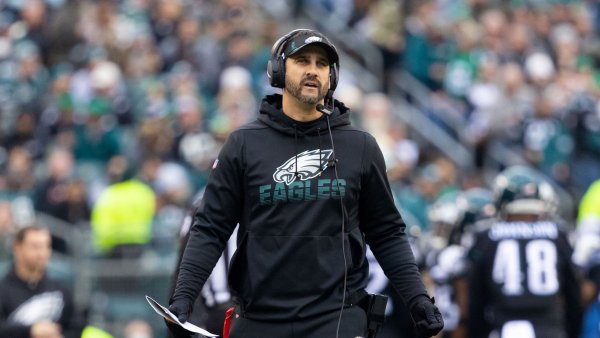 What Are Eagles' Playoff Chances as They Return From Bye Week?

According to The 538, if the Eagles win their next three games, they’ve got an 88 percent chance to reach the playoffs. And there’s no reason the Eagles can’t beat Washington twice and the Giants at home to give themselves that 88 percent shot at the No. 7 seed and a trip to Tampa, Glendale, Los Angeles or Green Bay.

And there’s nothing better than a playoff run to evaluate a quarterback.

That’s why this is such an important time for Hurts. Because when you’re facing must-win games and a postseason berth is at stake, that's when you learn the most about the most important guy on the field.

How does he respond when the stakes are the highest, the crowds are the loudest, the hits are the hardest?

We’ve had three weeks to sit on that awful performance vs. the Giants, which is probably unfair to Hurts, since he did a lot of positive things to put the Eagles in position to make a run. That was a setback but shouldn’t define him.

Which brings us to four games that will either leave the Eagles out of the postseason for the seventh time in the last 11 years or make Nick Sirianni only the third head coach in franchise history to reach the playoffs in his first season, following Ray Rhodes in 1995 and Chip Kelly in 2013.

If Hurts is able to carry this team to the playoffs in his first full year as a starter in his first year in a new scheme with a new coach a year after a 4-11-1 disaster and a 2-5 start that saw the Eagles fall behind the Cowboys, Chiefs, Buccaneers and Raiders by 27, 19, 21 and 23 points in a 27-day span … then, yeah, that will give us a pretty strong indication he’s a guy you just might be able to win with.

If he sputters down the stretch, and the Eagles can’t finish the deal and lose one of the Washington games or God forbid to the Giants again and fall short of the postseason? Then that’s a pretty big piece of information that you can’t ignore when it comes time to figure out who’s going to quarterback the Eagles in 2022.

It’s not all that simple, of course.

The Eagles could win three of the next four behind the running game and defense and just a play here and a play there from Hurts. Or maybe he plays lights out and the defense falters.

I wouldn’t say Hurts’ entire fate with the Eagles rests on how he plays these next four weeks, but it is fair to say we’ll know a lot more about him after Washington, Giants, Washington, Cowboys than we know now.

The Giants are 19th in the NFL in pass defense, the Cowboys are 23rd and Washington is 30th.

Over the next four Sundays, he’ll have every chance to prove it.