A promising start for Jalen Hurts, a physical display from the 1st-team defense and the craziest Jake Elliott stat ever.

A promising start for Jalen Hurts, a physical display from the 1st-team defense and the craziest Jake Elliott stat ever.

The Nick Sirianni Era began Thursday night with a 24-16 loss to the Steelers in the Eagles’ preseason opener, but for most of the players who are actually going to make the 53-man roster it was a promising debut.

Here’s our 10 Instant Observations from the Linc:

1. Although things got ugly in the second half when the scrubs got in, this looked like a smart, disciplined, prepared football team while the 1st- and 2nd-team units were on the field, and considering that this was the first game Sirianni has ever coached as a head coach, that’s encouraging. The offense ran efficiently, the defense was tough and physical, no turnovers, no missed tackles, good coverage for the most part, no penalties while the first units were on the field and the Eagles just looked like they had a pretty good idea what they were doing. In the big picture it doesn’t mean anything, but it’s definitely a good sign to see this level of football from a new team with a new staff running new schemes. Especially considering the short practices and lack of live periods so far in camp. Sirianni had them ready and that goes for the 1’s for the short period of time they were out there as well as the 2’s. An auspicious debut for Sirianni. A lot of positives to build on. 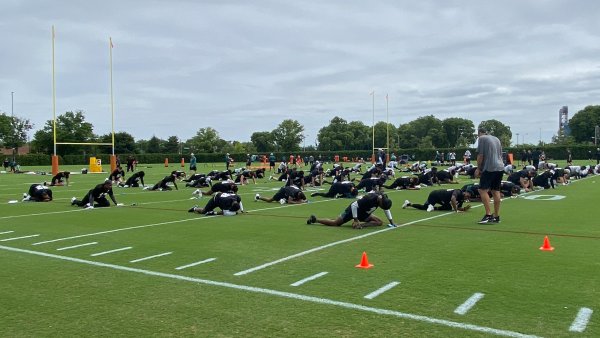 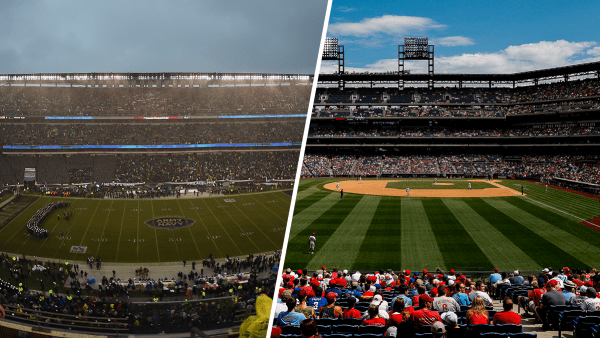 2. As for Jalen Hurts, there are a few things to nit-pick. He did miss Quez Watkins on what should have been a 98-yard touchdown, and he slightly underthrew Jalen Reagor on a ball Reagor should have caught. But he looked fine. Was only 3-for-7 for 54 yards, but that included the Reagor drop and a bad Zach Ertz drop that should have been a big gainer. He operated the offense efficiently, delivered the ball where it was supposed to go, showed poise and command of the huddle, and took what the defense gave him. And I like that he was looking to throw. He took off once for a four-yard scramble, but for the most part was out there to find the open man and get him the football. That’s where he needs to grow, and that’s where his focus was. Promising start.

3. I really like the way the 1st- and 2nd-team defensive units looked. They tackled exceptionally well, covered well other than one rep from Michael Jacquet on Diontae Johnson that went for 33 yards. But that’s a guy who caught 88 passes last year being covered by a roster longshot. The one thing I wanted to see was a smart, tough, physical brand of football from Jonathan Gannon’s defense, and we got that. I was concerned how physical the defense would be after two weeks of training camp that wasn’t physical at all, but that wasn’t an issue. They looked fresh and sharp and got after it. Now, you have to keep in mind that the Eagles didn’t see Ben Roethlisberger and faced a Steelers offense that was just as vanilla as the Eagles’ offense. But no question it was a good start.

4. Gotta talk Quez. I’ve been hyping this kid up since the spring, and he’s responded with a very good camp, and he sure carried that over to the field Thursday night. He’s just explosive. We saw glimpses of it late last year, but he really looks like a weapon. Hurts missed him on that should-have-been 98-yard TD, but you could see him just explode away from Steelers corner Mike Hilton. Then there was the 79-yard TD from Joe Flacco on a bubble screen. One nice block from Richard Rodgers was all Watkins needed. Once he finds daylight, you’re not going to catch him. With DeVonta Smith out, Watkins is the Eagles’ best wide receiver. He has to get starter reps.

5. Milton Williams is one of the guys I really wanted to focus on Thursday night, and he didn’t disappoint. Williams, the 3rd-round rookie defensive lineman from Louisiana Tech, has had a good summer and in his first preseason game he used his tremendous strength both getting after the quarterback and stuffing the run. He also got his hands up and batted down a pass. Williams still has a lot to learn, but the fact that the Eagles are comfortable giving him both inside and outside reps tells you how smart he is. The Eagles have tremendous depth on that defensive line, but Williams is earning playing time once the regular season comes around.

6. With Miles Sanders not playing, I thought we’d get a longer look at some of the other running backs, but Sirianni didn’t dial up many running plays, which was disappointing. I understand that he wanted to get Hurts into a rhythm, and he felt that he could do that with the short passing game. But at one point, the Eagles had run 34 plays and only six were runs. While Hurts was in the game, the pass-run ratio was 9-to-1. I was hoping to see more Kenny Gainwell, Kerryon Johnson and Jason Huntley, but it didn’t happen, although those guys all looked OK in limited reps. Hopefully Sirianni takes the wraps off the running game a little more next week against the Patriots.

7. Now you guys all see why I’ve been talking up Tyree Jackson for the last couple weeks. He’s legit. This is a kid who was a quarterback until November, when he decided to try to make it to the NFL as a tight end, and here he is in his first career game at a new position and he looks comfortable and natural catching a 13-yarder and a 19-yarder from Joe Flacco, as well as a nine-yarder from Flacco that was negated by a penalty. You can tell how highly Flacco regards Jackson because he looks for him just about every time he drops back. Really an incredible story. I’ll keep saying it: The Eagles cannot let this kid hit the waiver wire. He won’t make it to the practice squad. He’s gotta be on the 53.

8. Flacco looked sharp, which you’d expect from a Super Bowl MVP going against mainly 2nd-teamers. But definitely good to see. After a slow start, he had a good practice week and built on it Thursday night. Flacco finished 10-for-17 for 178 yards and the long touchdown to Watkins. At 36, Flacco isn’t a starting-caliber QB anymore, but if you need someone to get you through a game or two, he’s fine.

9. Nick Mullens might have played himself out of a roster spot. The Eagles only have three quarterbacks in camp, so right now Mullens is No. 3. But he hasn’t had much of a training camp, and his performance Thursday night was like something out of a Matt McGloin highlight film. Mullens finished 1-for-5 for for four yards, two interceptions and a passer rating of 0.0. So, yeah, he completed more passes to the Steelers than the Eagles. A guy who’s started 16 regular-season NFL games – including eight last year - should be able to light up a 3rd-string defense, but this was grim. Unless something changes drastically, I’d rather have some young prospect running with the 3’s than Mullens.